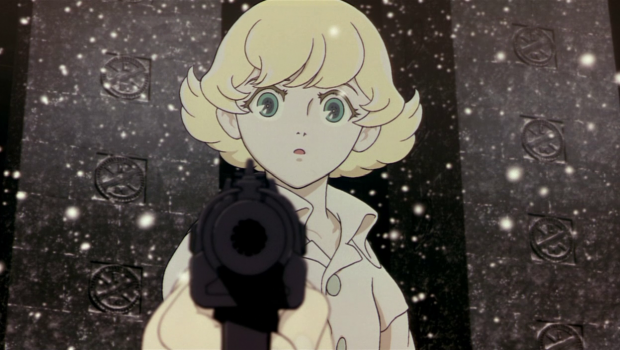 Summary: Metropolis is a fantastic watch, especially for those who have binged enough on the most famous Japanese animated movies.

At the beginning of the 21st Century, ultra-weird Japanese animation wasn’t fully recognised by western audiences. By 2001, Studio Ghibli developed beautiful wonderment that we in the west have slowly embraced. In the same year audiences were distracted by the mega hit Spirited Away, Metropolis was released and went unnoticed by people, including myself. Now with the film’s Blu-Ray release there is a chance for audiences to engage with its fantastic  Japanese storytelling.

Based on the Osamu Tezuka manga, inspired by Fritz Lang’s silent film of the same name, Metropolis takes us through a 1950s version of the future. Flying cars whiz through the skies and jazz music is played on every street corner. This futuristic world also has robot servants and a class system that subjects mechanical workers, as well as flesh and bone ones, to an equal life. Metropolis is a great big city with eye-catching architecture and literal levels of social classes. The city sits on top of a never-ending network of underground ghettos where those pushed out of work live. Naturally, there’s resentment to the robot workers who have displaced humans from their roles. Revolution is pivotal to the story’s progression. Duke Red, an industrial tycoon whose company produces the newest weapons technology, is the city’s unofficial leader. He seems to have the government in his pocket. The city adores him and so does Rock, the adopted and neglected son of Duke Red. Even though his powerful father mistreats Rock, the young man remains loyal. Duke Red has built a massive skyscraper that also features a giant laser. If you are thinking about Darth Vader or Dr. Evil at this point, then you are forgiven. These are some of the familiar inspirations Metropolis conjures. A robotic working class and a human mistrust for them inevitably recalls Blade Runner (1982).

It’s important to examine at how this movie has inspired future projects. For example, a strong comparison to season one of Stranger Things arrives when it’s revealed that Duke Red has created a super being in Tima, a robotic clone of his dead daughter. Tima is born a lab without knowing she’s in fact made out of steal and runs on oil. She also doesn’t know that she’s been built to control Duke’s laser. It’s especially endearing watching her innocence when she meets one of our other heroes, Kenichi. He is travelling with his private investigator uncle, who is looking into a missing persons case that is attached to Duke Red’s sinister plans. Kenichi teaches Tima how to speak and interact with the world. The story of Metropolis seems dated now but the visuals remain incredible. It might not be as eye-popping as director Rintaro’s previous work on Astro Boy (1964) or Ninja Scroll (1993) but it is still impacting. The same could be said for screenplay writer Katsuhiro Ôtomo who directed and co-wrote the animated classic Akira (1988).

Unbeatable legacies aside, Metropolis is a fantastic watch, especially for those who have binged enough on the most famous Japanese animated movies. The special features include interviews with the filmmakers and a thirty-minute documentary on the film’s creation, which will keep hardcore friends and novices happy. As for language preferences, there is the option for ‘subs or dubs’. The movie is extremely gun-happy and features tiny moments of violence and strong themes, such as social inequalities, but it still falls under the safe PG rating. The movie itself is a bit forgettable compared to other Japanese animation titles but Metropolis is still a wonderful city worth exploring.