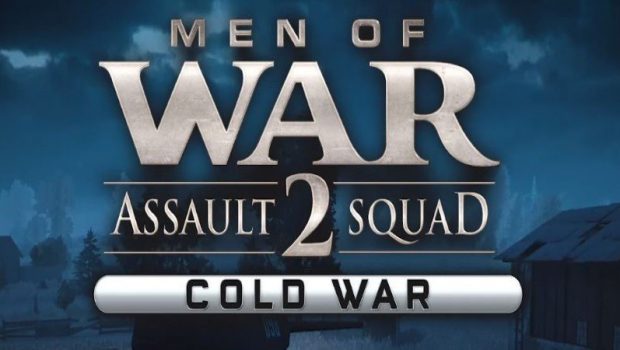 Summary: In a field that is already packed with options, the Cold War take seems like a nice attempt to carve out a lesser explored theatre, only to result in a nearly empty audience.

I’ll admit off the bat that I haven’t played Men Of War games before… at least not that I can remember. But I do enjoy a bit of war gaming so I was happy to give Men Of War: Assault Squad 2 Cold War a try. I went from confused, to bewildered, to thrilled to unimpressed.

The general notion here is it’s an RTS game in which you can take control of either the US or USSR forces, you can fight on the large scale or take over a single unit. That all sounds great… but the playability leaves a lot to be desired. To start with the initial interface is not what I was expecting. The first time I fired it up I thought I had thrown myself directly into a multiplayer lobby (perhaps I had… I’m still not quite sure). I clicked a few buttons and ended up in a battle… ok, I’ll have a bit of a click around. A few skirmishes were fought and I died. I shut the game down. Second time I fired it up I got myself into the “campaign mode”… worked my way through a few screens and ended up on what looked like essentially a capture the flag mode. I managed to get my troops into decent position and I actually won the battle. Cool, I thought… what’s the next mission like? Click through and find it’s…. essentially a capture the flag mode… but this time there are two “flags” to capture… I fail horribly and when I’m returned to the campaign screen I do a few checks to make sure I was in a campaign and not just a multiplayer game with bots… nope it was the campaign mode.

Part of the reason I was so unsuccessful with my “two flag” mission is because the unit AI have been so well trained to follow orders, that when you tell your troops to take cover that’s just what they do… all well and good except when the enemy start coming through the hole in the wall you are hiding behind and rather than your soldiers noticing these troops passing very close by to their right or left… they instead continue to hold their “defensive” position… subsequently being shot one by one by the troops who are clearly standing right there in plain site. The unit selection process at the start of each mission involves selecting the troops you want to have available as reinforcements… but you have limited resources with which to buy them… there are a number of different troop types but certainly early on your options will be limited by your resources. As the battles progress you can bring these troops in but moving them around the battle map feels quite clunky and felt like it was trying to forge a different control method to what is generally used in these types of games.

There are moments of fun… when you manage to take up positions and successfully hold a point… but the bland and clunky menus, the lack of any sort of real guide for what you are doing and the fact that the single player campaign really just feels like offline multiplayer with bots makes it a pretty disappointing experience. The developers seem open to improving the game… but they have a lot of work to do to make this something I could recommend… maybe keep an eye on developer notes in case there are some good changes… until then, I’d stay clear.