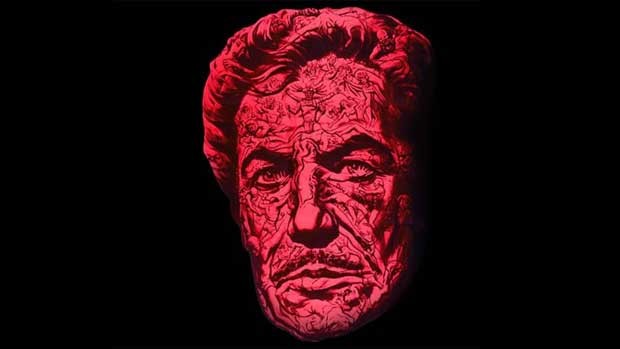 The Masque of the Red Death Blu-ray Review

Summary: The themes in The Masque of the Red Death on Blu-ray are still very memorable today!

Edgar Allan Poe was an authentic voice in American letters. His tragic life was as bizarre as his stories, and his death even more so. Roger Corman, beloved by French cineastes for decades, endlessly prolific and long the king of independent cinema, was the perfect figure to adapt Poe’s The Masque of the Red Death.

Starring Vincent Price as Prince Prospero, The Masque of the Red Death was shot in five weeks in England, and released in 1964. It tells the grim tale of a land stalked by a deadly disease known as the Red Death, and the efforts of the debauched Prospero to ignore the bloody mayhem outside the walls of his castle as he and the other landed aristocracy carry on and endless party while the world outside dies.

The movie is redolent with imagery and symbolism. Prospero is a Satanist, a man who has abandoned all sense of morality in the search for every sort of twisted pleasure. At the beginning of the movie, he orders the torching of a village, partly to stop the spread of the Red Death, but mostly for the pleasure of the wanton destruction. Price, who would later be known mostly for the campiness of his acting, oozes malevolence here, his every utterance contemptuous of those around him, and filled with a nihilism that matches his actions.

In torching the village, Prospero saves two men, Gino (David Weston) and Ludovico (Nigel Green). Gino’s lover is Francesca (Jane Asher) who Prospero conceives a fascination in. Gino and Ludovico (Francesca’s father) are spared so they can fight each other to death, for Prospero’s amusement. Francesca is to be Prospero’s project, a project of seduction and corruption.

With the Red Death on the march, Prospero calls in the other nobility to his castle, where they drink and dance and revel with the safety of the walls. There, Juliana, Prospero’s consort, quickly grows jealous of Francesca, and taking her cue from Prospero, will pledge herself to Satan as his consort. It is giving nothing away to say that it doesn’t end well for most of the characters in this movie.

This is a beautiful film to watch. The set design and costumes are colourful and sumptuous. Coloured gels are used throughout to highlight particular scenes. The chamber where Prospero worships is all black with one single, red-glassed window. Corman, who produced and directed the movie, has a definite vision with his cinematography. As the revels become more macabre, the camera movement becomes more discordant to match. The choreography of the actors is key here, particularly in the dance sequences, where they move back and forth from chaos to smooth, stylised dance. There is a particularly memorable scene when Prospero returns to his castle and appears to walk a complete circle around the main ballroom. The camera follows him on his circuit, and it is only with careful inspection that you realise that the backdrop is moving at the same time, giving the appearance that Prospero is indeed walking around the edge of the room. Without that bit of smooth trickery, the audience would literally have seen the people behind the camera!

Added to this is one of Corman’s signature dream sequences. Juliana, desperate now that Prospero has thrown her aside in his pursuit of Francesca, pledges herself to Satan. Branding one of her breasts with an upside down crucifix, she then participates in a satanic initiation rite. Drinking from a chalice, she falls into a hallucinatory, nightmarish dream. Figures from history menace her as she lies on an altar, stabbing at her body as she squirms and screams. The picture is warped, the movements stylised, the subtext of rape unmistakeable. When Juliana awakens, she is convinced she is now Satan’s bride. Shortly afterwards, she is attacked by Prospero’s falcon, her face torn to shreds by its talons, killing her. The scene is memorable for its imagery and symbolism.

Long tagged as a quickie horror movie, The Masque of the Red Death is much more. Taking his cue from the source material, Corman, with the aid of the various scriptwriters involved, has crafted a movie that asks deep questions about man’s place in the world. What is the purpose of life – is it simply pleasure, or more? How does one live a good life – by grasping what he can at the expense of everyone else, or sharing in the joys and sadness with those around us? What is it to live and what is it to die? When Prospero confronts Death, he finds himself facing himself and is horrified by it.

The themes inherent in the movie make it so very memorable. Price’s performance is pitched at the level the movie deserves, neither too hammy or too portentous. The supporting cast are serviceable, particularly Hazel Court as Juliana, who plays the character with a frustrated sexuality that drips of the screen. However, it is Corman’s visual fireworks that make The Masque of the Red Death linger long in the memory, and make it a movie that rewards repeat viewing.

The only real negative is the lack of a full film restoration. Scratches are evident, and in the climactic scene, there are several clearly visible tears in the film print that have had only rudimentary restoration. While the visual impact of the movie is undeniable, a full restoration of the film print would see it spring wonderfully to life.

Finally, apart from trailers for other films by the distributor, there are no extras on this release.