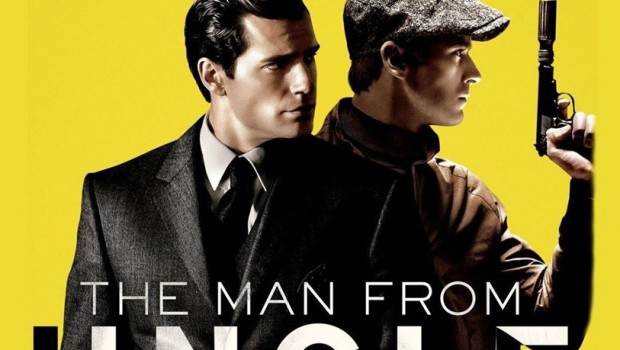 The Man From U.N.C.L.E Blu-ray Review

I’ve heard mention of The Man From U.N.C.L.E. many times, originally the series and then when the remake was in the works. I like Armie Hammer, Henry Cavill and Alicia Vikander (see my review for Ex Machina)… this movie was all set to be a fun spy romp with some great, fun actors in it… then the movie started…

We open with the devastatingly handsome Napoleon Solo (Cavill) making his way to a mechanic Gaby (Vikander) in East Germany during the time of the Berlin Wall… obviously whisking her out of East Germany is not going to be a simple matter at the best of times… but this mechanic is much more than she seems, being the niece of a well known scientist who is currently a person of interest to government officials. The biggest hurdle facing Solo (I feel like I’m talking about Star Wars everytime I use that name)… is Illya Kuryakin (Hammer) a KGB agent sent to stop her extraction. After the daring escape the powers that be decide that rather than being bitter enemies Solo and Kuryakin need to work together for the common good against a greater enemy.

So it sounds interesting and should be full of excitement and action… but… it isn’t. Well it kind of is… but it just feels very slow. I couldn’t really put my finger on what the issue was but got the sneaking suspicion it had to do with superfluous camera shots (flashes of races going on when we know full well we are at a race track) and I think the moment that really told me what the issue was came late in the film. There is a scene in which Gaby is at a meeting with her uncle and the people who are putting him to work on their evil plans, we see Kuryakin in the bushes listening in on the conversation through the recording device he had strapped to Gaby’s thigh earlier but we don’t get to hear what she is saying to the people in front of her. We then cut to what’s happening with Solo as he gets into a bit of strife then we go back to the scene in which Gaby meets her uncle but this time we hear what she has to say. Rather than build tension by not hearing her the first time but seeing Kuryakin’s reaction (he races off after listening to her conversation) it simply feels like the movie got stuck on repeat and had to be knocked back on track to continue. My suspicion is that the fault in the film lies either in the editing department not being a bit more brutal with their cuts… or quite possibly with Guy Ritchie not keep the whole film tight and pacey. I should state for disclosure purposes that I think Guy Ritchie has been more or less just filming the same movie over and over again for some time now… I enjoyed Lock Stock and Two Smoking Barrels, I thought Snatch was quite fun, but RocknRolla felt like those two movies yet again but somehow lacking the punch they both enjoyed. To be fair I haven’t seen his Sherlock but after watching The Man From Uncle I’m not sure I’m that fussed.

Visually the film is quite pleasing… you have some very nice period clothing and locations which are a treat to see and certainly push the colour palette at times.

It’s not the greatest credit for a film to say the special features were more interesting than the feature… but for me that is definitely the case here. There are a number of featurettes available the most interesting being a trip the motorcycle manufacturer that was used for the film. It turns out the motorbike’s are custom made and the particular “factory” where they are made is more like a cottage industry. What’s more, it turns out Armie Hammer is a bit of a Bike fan and was all to happy to do laps of the lovely grassy fields with one of the specially made bikes.

Perhaps I was wrong to come into this film with high expectations, I really do like the cast, but I certainly came out less than impressed. There are bound to be people who will enjoy the pacing and find the lines witty… the chemistry palpable… I’m afraid I’m just not one of them.