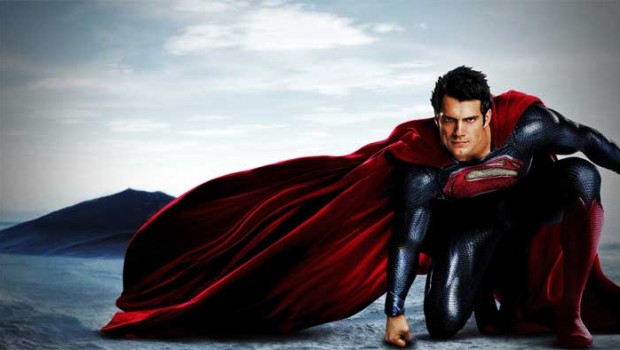 Summary: To quote The Dark Knight itself "Sometimes, people deserve more" and unfortunately this is a true indication of Man of Steel

Man of Steel is the 2013 reboot of the Superman franchise and follows the journey of alien Kal El (aka Clark Kent) as he comes to grips with his superhuman powers, his “humanity” and that of Earth’s only saviour. Unlike the previous Superman films, Man of Steel is quite a dark and melancholic film which parallels other Zack Snyder enterprises and that of the recent Batman series directed by Christopher Nolan. Given that, the same writer, David Goyer wrote both superhero films and the similarities are quite evident at times. Zack Snyder’s Man of Steel believe that one man can save the world against outsiders of American values like the family unit. If you’re not with America, you’re against it. Henry Cavill’s Superman (Clark Kent/Kal-El) assures some military grunts that because he was raised in Kansas he’s as American as they are. Some of these ideological practices aren’t new – they’re just louder and more bombastic and blaring than ever before. Superman was a comic book character invented in the Great Depression Era to fight against injustice and corrupt politicians. Now Snyder, who directed the comic book adaptations Watchmen and 300, is keen to bludgeon us with endless fight sequences and the vision of buildings collapsing.

Superman’s damage toll is so great in this film the people of Earth would be better off without him. After an hour final hour of swooshing around and biff, where no one seems to get hurt, it’s a numbing emotional experience. The crowded street scenes of panic do not merely echo the dust covered streets of panic from 9/11 but fetishise the synonymity of the images through their frequency and duration. Every scene is desaturated by ugly, grey, muted tones, so that Superman’s costume is the only colourful force in this world. Man of Steel is also quite possibly one of the loudest films of the last ten years. Every explosion, shout of dialogue and special effect, and Hans Zimmer’s repetitive score, is cranked up to ear bleeding decibels. It’s not uncommon for blockbusters to play out like video games today. It’s sadly what makes them bankable to teenage boys. But when there are heavyweight names behind the project like Christopher Nolan, who produced film and has a story credit, we expect a lot more. The story by David S. Goyer (Batman Begins) retreads many of the same tired tropes of the superhero genre but lacks its own unique complex moral dilemmas and the personal relationships of Nolan’s Batman films. His script is heavy on clunky, expositional dialogue and backstory and light on character development and a thorough plotline to drive the film’s narrative.

Some of the details about Superman’s passive nature, in having to hide his powers through various jobs like a fisherman and a bartender, seem interesting for a little while. He’s a cross between Christ and Bruce Wayne. This is until the film recalls the overused comic book guilt thread, when something happens to his stepfather Jonathan (Kevin Costner), who is treated like a cipher for Clark’s internal conflicts. The early passivity is unimaginatively dismantled in the second half by an interminable climax against General Zod (Michael Shannon), who wants a MacGuffin-like codex device to save his own people by, wait for it, destroying the Earth’s population. More than any other genre, superhero films are judged on the quality of their villains. This is one of the least memorable ones, particularly when there is little danger exuded from all the banging and swooshing.

One of the few aspects of the film I liked was Amy Adams’ Lois Lane, who is at times resourceful in the face of her stubborn editor employer (Laurence Fishburne) or even an action scene. But why does the film neglect any personal tension with Superman by allowing her to know his true identity so early on? As for Kal-El himself, Kavill offers an occasional smile and has the physical bulk but little else. With so few lines of dialogue he rarely has the chance to display any potential charisma. Russell Crowe has a bland, Obi-Wan Kenobi-like role as Jor-El, Superman’s real father, where his only standout moment is the busy, nauseating opening on Krypton that’s more Xbox than exposition. On Blu-ray, the video quality is outstanding with sharp images, deep blacks and vibrant colours when used. Audio sounds phenomenal through its Dolby Digital 7.1 DTS HD track which definitely gives the viewer a true movie-like experience, especially if you have the hardware. Given that, the movie is VERY loud. For special features, this release is a little light but includes the following;

The first featurette Strong Characters, Legendary Roles is a great insight into the history of Superman and how they landed on this new incarnation. All-Out Action is also fun, especially seeing the amount of CGI used to help create this over the top film.

In conclusion and to quote The Dark Knight itself “Sometimes, people deserve more” and unfortunately this is a true indication of Man of Steel. The biggest problem with superheroes from Warner Bros is that they are focused on the dark and gritty in order to make them more realistic. This is not the case with Marvel as their heroes are bright shining beacons that the audience can relate too, especially with the witty dialogue and scripts. The audience know the ridiculousness of superheroes so attempting to make them realistic sometimes fails. Expectations for this genre are immeasurably high now because comic book films do not have to be this soulless or exploitative of 9/11 fears, but can develop their own intelligent ideas about terrorism. Even the traitors of the state know their movies.