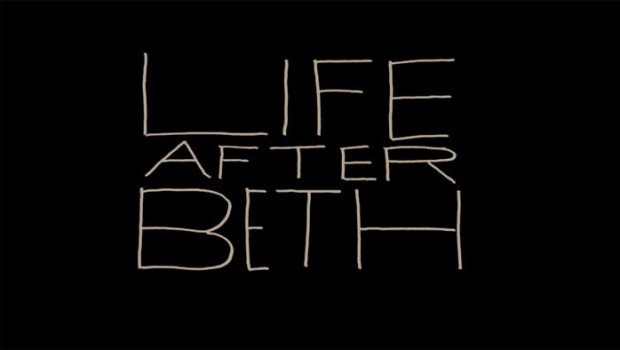 Life After Beth is the quirky comedy from writer/director Jeff Baena about the mysterious return of a girl named Beth (Aubrey Plaza) who died from a snake bite while hiking in the woods. Unfortunately for her boyfriend Zach (Dane DeHaan), he is deep in mourning but when he realises that Beth may be alive, he begins to stalk her parents Maury (John C. Reilly) and Geenie (Molly Shannon) only to discover that she is actually “alive”. As his parents attempt to keep Beth’s resurrection from the rest of the town, Zach soon quickly picks up that this is not the Beth he once knew and love, although that doesn’t stop him from dating her. Given the facts, Beth is actually a zombie and director Jeff Baena carefully litters the story about a zombie invasion and as the day’s pass, Beth soon begins to crave brains which causes the entire town to fall into meltdown as previously deceased people are alive again and communicating with the greater world. Unfortunately this clever premise really falls flat as Zach tries to piece together the mystery of the walking dead. Another issue with Life After Beth is the script is a little lacklustre with the laughs and even the actors themselves don’t really know what is going on. In terms of acting, Life After Beth stars some great actors that include Aubrey Plaza, Dane DeHaan, John C. Reilly, Molly Shannon, Paul Reiser and Anna Kendrick but regrettably they are let down by this whacky script that lacks any real direction. For example, one character called Erica (Anna Kendrick) seems to come out of nowhere in the story as a childhood friend of Zach which serves as another romance plot for him that fails to go anywhere. The scariest part of the movie that glosses over the fact is the necrophilia of Zach which is very gross! All in all, Life After Beth is missing that “bite” to turn it from mediocre to thoroughly entertaining. In the end, Life After Beth is one of those movies that tries to meld zombies with comedy but fails on most parts. Unfortunately there’s only been a couple of great zombie comedy films and Life After Beth is not it! The highlight of the film is Aubrey Plaza as a very cute zombie who has the most laughs in the film but like the story, gets lots in its convoluted nature. It’s a shame!