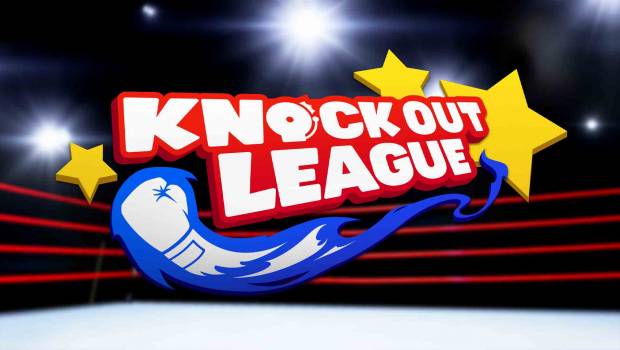 Summary: Put on your silks and get ready to go toe to toe with some unique challengers in Knockout League VR!

Certain games or experiences seem perfect for VR either due to their inherent lack of need to move around much or because of the benefit they impart by having the player right in the middle of the experience, the visceral nature of it. Knockout League certainly shines in VR and is absolutely one of those experiences.

One of the first things you will notice when firing it up is that it wants to look after your and your playing space (perhaps that should be, it wants to look after your breakables in the play area). It points out that you should make sure the area you are going to play in is clear of any obstructions (for your and their benefit) and before each bout it actually makes sure you are in your ideal spot. This may not seem all that important to people who haven’t tried VR or are new to it… but there are definitely some experiences (more than others) that really could do with this sort of care for the real space that is caught up in the virtual experience (GORN anyone?). So high points for looking after the player and their play space, but this game still has more to give. Boxing, as mentioned, is definitely an experience that is well suited to VR. You can learn some moves, have a bout and come out of it without any injuries (especially if the game looks after you like this one). What Knockout League does is it adds the sometimes talked about but not always dealt with fitness aspect to the game. When you are setting things up you can set your height and weight (optionally) in doing so the game will use that information to calculate (presumably roughly) your caloric usage while playing the game. It’s a brilliant addition that may not be super accurate (or maybe it is… I don’t really know) but it’s a heck of a nice little motivator in addition to the fun you can have just playing. On the notion of fitness… this game will make you sweat! If you are like me, it probably won’t take you too long to sweat and unfortunately that meant I limited my play time (I’ve read of too many horror stories of people’s HMD’s being killed by excessive build up of sweat… presumably then leaking in to the circuitry). But it’s a heck of a lot of fun getting sweaty. You have a few options when you play. When you first start, your coach will take you through the basics, blocking, punching, combinations etc. You can then jump in the ring with a contender or you can do some more training. Training will take you through the standard exercises such as the speedball and pads… but also has some more unique options such as blocking/dodging objects that are fired at you (it’s all for your reflexes… not at all so anyone watching you can laugh I’m sure). The fights themselves, as expected, get progressively more challenging. The first cab off the ranks is really just to get you used to blocking and punching and a timing your moves. Then you are faced with a fighter who is a bit faster and will throw more combinations and so on. It’s a nice paced increase in difficulty and you certainly have some moments where you feel like you are a real contender (don’t forget to raise your arms after knocking your opponent down to hear the crowd cheer). If there is one complaint I have about the game it’s the give up button! I play with earbuds and unfortunately they don’t stay in too well (especially when ducking and weaving from punches) as a result I’d have them fall out during a fight and I’d try and find a spot once I’d knocked my opponent back a bit, in order to collect the ear bud and put it back in. To put the ear bud back in though I’d put both controllers in one hand and in so doing I occasionally must have accidentally pressed a give up button. The option doesn’t last long either so it’s not like you can accidentally press it then figure out what’s going on and stop it… it’s basically 1…2…3 ok you quit. It was very frustrating because my first bout I was close to wining then suddenly the notification popped up and before I really knew what was happening it said I had lost. If they can change that (either remove it entirely… which would be my preference) or maybe have it pause the game and give the option, that would be great. As it is… I highly recommend Knockout League! The cartoony graphics and crazy characters work well and allow you to have fun pretending you’re a real boxer without ever getting hurt. Great for a quick bit of fun and who knows… you may even get more fit while doing it.