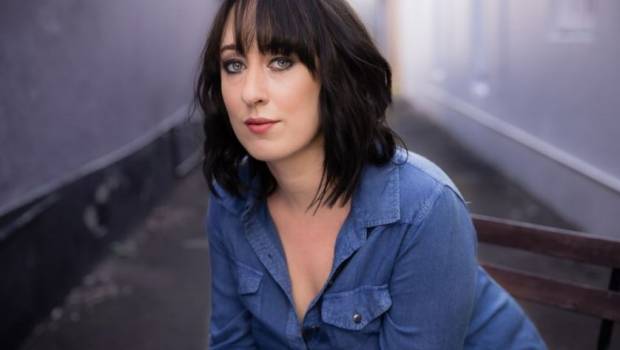 Jade of Death is an award winning supernatural thriller series. Boasting an exceptional cast led by rising star Bernie Van Tiel, Sydney Arts Guide described Jade of Death as “…fantastically creepy and atmospheric”. Jade has a powerful ability. She can hear when and how people are going to die. She ran away from her hometown and gets by working at a seedy freak show carnival as the “Fortune-Teller of Death”, but now people are after her. The series follows Jade as she fights the man hunting her, struggles to keep those she cares about safe and unlocks the potential of her powers.

We catch-up with Writer/Director Erin Good to talk about this new series.

1. Tell us a little about your new supernatural thriller Jade of Death?

It’s about Jade, who has the power to hear when and how people are going to die and plies her trade as the ‘Fortune-Teller of Death’ at a seedy freak-show carnival on the outskirts of town. As we learn more about her past, she discovers more about her powers and is confronted by whether she’s good or bad. The series is kinda scary, kinda hot and with a bit of humour.

2. Where did you come up with the premise behind Jade of Death?

A few years ago I just kept thinking of all the exciting story possibilities in a TV series about a character who can see when people are going to die. So I took that idea and changed her ability to manifest in sound because that’s less expensive than visual effects. And I built Jade of Death from there.

I don’t know where most of my ideas come from, but I can see a pattern emerging. I always come up with new ideas when I’m finishing a project. It must be something to do with being in a creative mindset and that time towards the end of a project where you have more headspace. 3. The protagonist of the series Jade, what drives her and what frightens her?

She’s a character who has run away from her past and wants to run away from herself. Jade desperately wants to be a good person, but she thinks that’s she’s bad and so she’s always kind of punishing herself. Without giving too much away, Jade feels responsible for trauma in her past that is not her fault but that’s where this guilt comes from.

4. How does her powers affect her relationships with others, particularly with Maya?

Jade is scared of herself because she doesn’t have full control over her powers, so she’s always unintentionally hurting people. Because of this she keeps people at a distance. But when she meets Maya that becomes a huge challenge for her because they have such a strong connection that Jade can’t help but give in to.

5. Being able to hear and know when people are about to die is quite an earth-shaking revelation… how does Jade deal with this?

Jade tries to use it to help people but really it’s such a shit superpower because it makes her feel powerless. Jade is constantly getting things wrong or making things worse and she feels like her abilities are a curse. But the truth is there’s more to her abilities than she knows and as she discovers more about herself and where she comes from she will learn that her power can be used in other ways.

6. What was it like working with the star of Jade of Death, Bernie Van Tiel?

I loved working with Bernie. She’s very talented and for lack of a less lame way of saying it – she has star quality. This was Bernie’s first screen acting project and it was a lot of responsibility to carry this series and work opposite other actors who are very experienced, but Bernie totally rose to the occasion and she just kept getting better throughout the shoot. I can’t wait to do season 2 with her!

7. What do you think Bernie brings to the show?

The best kind of attitude and the perfect tone. When I was writing Jade of Death I knew the tone that I wanted to create and I knew that the cast would make or break that tone. Bernie is so unique and she just has something special that beautifully encapsulated the vibe I was going for. Bernie also never approaches her performance in a boring way, she always makes great creative decisions.

8. It’s great that you’ve created a story that sways away from mainstream influences, how do you think this influences the story?

I didn’t necessarily set out to make something that sways from mainstream media. I was just making something that I would want to watch, and in that, there are things that I want more of in mainstream television like protagonists that are women and non-hetero relationships. I think you can see what shows influenced me when you watch Jade of Death, but I like to think that it’s a unique series. Films and TV series need to have their own personality and that’s what makes something unique. That’s why I’m always banging on about tone.

9. As a director, what was your most challenging aspect about bringing this story to life?

It was challenging building the world of Jade of Death on a small budget. It’s not set in any particular time and place so I had to make sure locations weren’t identifiable and I had to ensure that they had the right dark and dangerous tone for this story-world. The combination of the right locations, great production design and cinematography, and sound design in particular – really helped! I love pushing sound design to build a world! We also did simple and inexpensive things to improve the production value like all exterior nights having wet grounds and haze. We had a hazer for all interior shoots too and we called it the production value machine.

10. Lastly, how did you manage to bring humour into such a dark story?

A few different ways. Humour was embedded into the writing through the characterisation and the dialogue. Then actors brought so much of the humour! Susan Prior and Sara West are obviously incredible actors, but they’re also so great at comedy and not just your standard straight comedy tone, but they have really interesting and international comedic qualities. And Jordan Cowan, Nicholas Hope and Bernie brought more of that perfect tone to the humour! Then of course editing and music really impacts how you achieve humour. When we were doing music for the scenes with Susan and Sara, one of the musicians Chris came up with the idea to use a banjo which made those scenes even funnier. 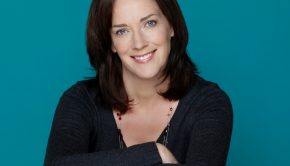