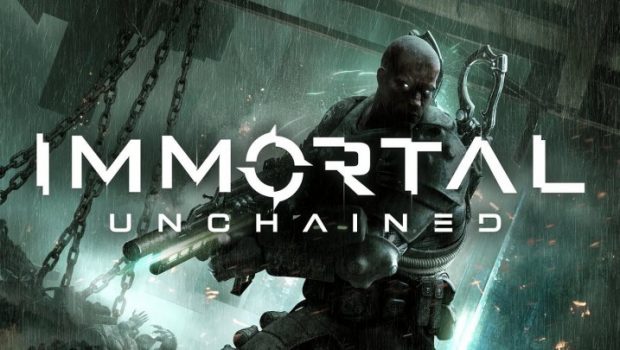 Summary: Whilst an admirable attempt at offering a fresh take on what is already becoming a fairly staid genre, Toadman Interactive has unfortunately missed the mark when it comes to one of the most crucial elements of making these games work.

Ever since the Dark Souls series reinvigorated the Action RPG genre with its unique spin on the traditional combat and exploration mechanics, a slew of titles “influenced” by the Souls series have unsurprisingly followed in the wake of From Software’s achievements, tweaking the formula to varying degrees of success but, more often than not, failing to reach anywhere near the lofty heights of Miyazaki’s epic trilogy. Some, like Nioh, added enough variation and built upon the foundations of the Souls games enough to set themselves apart from the pack, while others, like Lords of the Fallen, attempted to emulate its contemporaries by focusing on the wrong gameplay elements, such as the much touted difficulty, rather than more important factors such as the fluidity of the combat system or the intricately designed levels.

Now Toadman Interactive has elected to throw its hat into the Action RPG ring with Immortal: Unchained, their own stab at the genre, replete with the now requisite gimmick to set it apart from the From Software games, in this case a heavy focus on firearms over melee combat… Essentially, it’s Dark Souls with guns, a fact that Toadman Interactive have been wearing proudly upon their sleeves, openly stating that their biggest influence was the standout titles in the “emerging Action RPG genre”. Unfortunately, mere inspiration doesn’t translate into a good game and Toadman Interactive have taken a few big missteps in their journey to bring Immortal: Unchained to our screens that serve to undermine the areas where they managed to hit the nail on the head.

First though, let’s focus on what they got right: The lore is deep and expansive, dropping players into a universe in turmoil with myriad foes to fight and an impending threat that threatens to snuff out all existence constantly looming above you. You’re a ‘Living Weapon’ and it’s up to you to set things right by any means necessary, which basically boils down to hunting down and slaughtering all and sundry who wander into your path of destruction. Immortal: Unchained takes a different tact to narrative structure than the Souls’ series more dynamic model of exposition through items and the environment, practically bombarding the player with lengthy cutscenes that add more and more layers to what eventually becomes a fairly convoluted plot.

This is in stark contrast to the Souls series and personal mileage may vary, but I personally enjoy exploring the ins and outs of any interesting new universe and there has obviously been a lot of attention and care taken with crafting a rich, multi-strand story that feels like a small piece of a much larger puzzle with eons of history behind it.

Another area where Immortal: Unchained manages to nearly stand shoulder to shoulder with the undisputed champion of the genre is in its level design; interestingly this is probably the game’s strongest element, offering up shortcuts and a degree of interconnectedness arguably on par with From’s best work. The Obelisks that act similar to bonfires are all placed thoughtfully and the hub world with multiple realms to explore reminded me of the Nexus from Demons Souls. The combat obviously deviates due to not focusing on melee attacks as much as the Souls series, although there are a few melee weapons available for when things get up close and personal; as the marketing hammers home, Immortal: Unchained’s major focus is on using firearms and this removes a lot of the more visceral qualities of the combat as you’re forced to maintain distance during skirmishes, something that didn’t really jibe with a player like myself who prefers to get all up into my enemy’s Koolaid, despite not knowing the flavour.

This reliance upon range combat also doesn’t offer as much as a spin on the Souls formula as the developers seem to think it does; as anyone who’s mained a Caster will tell you, there’s not much difference between whether you’re firing off soul arrows or bullets – At the end of the day, you’re still standing at a distance flinging projectiles at an enemy. There’s no shield for players to turtle behind, which means that you’re expected to depend upon your dodge in order to avoid incoming attacks, but your stamina gauge drops so quickly you’ll essentially spend every encounter darting out and letting off a shot or two before ducking behind cover, waiting for the gauge to refill and then rinsing and repeating ad nauseam.

The combat loops gets tiresome extremely quickly and has a clunky quality to it that persisted no matter how much my character was ostensibly improving. Relying on environmental cover, in theory, adds a new dynamic to enemy encounters but it ultimately serves as a detriment as it’s neither satisfying hiding behind pillars nor is it really expanded upon beyond the base idea, such as being utilised in a different manner during a boss encounter.

Speaking of which, taking on the twisted cast of Big Bads is always one of the biggest draws of a game like this, but it’s yet another area where Immortal: Unchained falls flat. Admittedly some of the bosses are visually impressive but the method you use to take them down is essentially no different to that which you use on every other foe in the game, something that’s exacerbated even more when previous bosses are recycled as regular enemies later on.

It’s all just a tedious slog and, considering it’s probably the element that needs to work the most in order to capture that middle ground between challenging and frustrating, Immortal: Unchained suffers heavily as a gaming experience as a result… What’s the point of having intricately designed levels to explore and a fairly interesting storyline if you have to suffer monotonous encounter after monotonous encounter in order to get a tiny glimpse of the good stuff? The sci-fi influenced character and environmental design is fairly accomplished, arguably above that of similar sci-fi Soulslike The Surge, and the variety of environments on offer make for an aesthetically pleasing experience.

The soundtrack effectively evokes the mood of doom and gloom that you’d expect would permeate a universe on the verge of extinction, although nothing was really super memorable after my playthrough, unlike some other games where the boss battle themes would echo in my head for days after.

Still, a solid showing in both departments here and a testament to Toadman Interactive’s technical competence. Strangely enough, I like quite a few elements of Immortal: Unchained; the deeper focus on story is personally welcomed, even if admittedly it got a little confusing at times, and the level design is honestly some of the best I’ve seen in a Soulslike experience that didn’t come from From themselves.

Unfortunately the combat is such an uninspired slog that isn’t alleviated in any real way by the upgrade system, which means that the main crux the entire experience hinges upon just doesn’t hold up enough to offer an incentive to further explore the lore of the universe and the different environments on offer.

Whilst an admirable attempt at offering a fresh take on what is already becoming a fairly staid genre, Toadman Interactive has unfortunately missed the mark when it comes to one of the most crucial elements of making these games work; to employ an old adage, if you want to take a shot at the King, you best not miss.