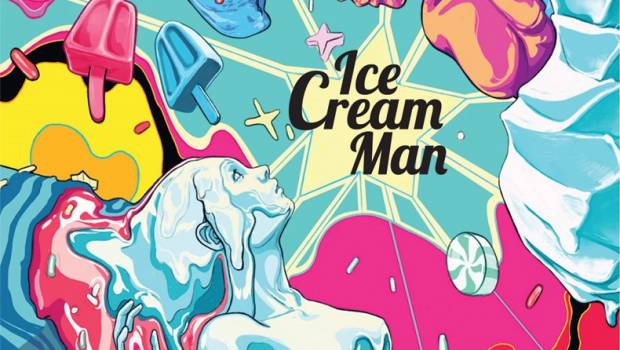 Summary: This is a tragic love story that will stay with you long after you finish reading.

The story begins in an unassuming looking house, where a desperate situation is unfolding inside. Karen and Jim, a local junkie couple live here and they are currently going through a harrowing ordeal, as Jim, affectionately known as “Jimbo” is sick and potentially overdosing. Karen is frantic and doesn’t know what to do, thinking that he is unwell because he needs another hit. She then decides to take matters into her own hands, so as to make him feel better. Whilst she is getting ready to leave, she spots a photo of the two of them taken during happier times when they first met one another. This triggers a flashback to their first encounter at a dance party, where it was love at first sight. We then see their relationship grow, as they become closer and enjoy their one vice together: taking drugs. In the beginning they would snort coke in the park and blissfully walk around, enjoying the sun and each other’s company, however, things take a drastically dark turn when they decide to start shooting up heroin. We see their life tragically begin to unfold, as their love for one another shifts and turns into a love for this vile and highly addictive drug. Penniless and desperate for their next hit, they begin to rob people, targeting the elderly and holding up convenience stores. The story then jumps back to the present, where we see Karen trying to find an unlocked car that she can steal. Her path, however, leads her to the ice cream van, open, empty and almost calling her to come and take it. Delirious and unhinged, Karen recklessly drives the van through the small town, narrowly avoiding multiple collisions, until she drives directly into the side of an elderly couple’s small car. After committing an awful crime, Karen quickly runs back home to Jim, only to find an unexpected guest waiting for her arrival. This guest bears a small and potent gift, but there is a catch to this tiny little bundle.

Wow, this is such a harrowing and deeply tragic nihilistic love story. W. Maxwell Prince has created a modern romantic tragedy about how the pursuit of hedonism can quickly turn into despair, loss and self-loathing. The majority of this issue is told in first person, as we see Karen talking to her unconscious partner Jim. At times it feels like this is the only thing getting her through this traumatic and isolating ordeal. This heart-breaking narration delves into some pretty dark and upsetting territory, as we see the rapid downward decline of their life as they become heroin addicted junkies. From the get-go, it seems like these two lovers are destined for a tragic life together, as their actions quickly become more volatile as the story progresses. It was so awful to see Karen on this chaotic rampage, fuelled by drugs and desperation, knowing full well that it can only end in disaster. I also like how the lurking presence of the ice cream man is a reminder that the fates of these two individuals may be controlled by another. The art by Martin Morazzo is emotional and compelling. He perfectly captures the feeling of hopelessness in Karen, as we see a broken and fragmented person trying to survive through the lowest point in her life. Her face is heart-breaking to see, and you can’t help but feel for this tormented woman. I enjoyed Morazzo’s complex layouts, finding many of the compositions to be very creative and engaging. There is a particular scene where Karen and Jim are shooting up for the first time, and for me, it really did capture the euphoria and bliss that they were experiencing in that moment, with it all to come crashing down, as we see the bleak reality of their addiction displayed for us. The colouring by Chris O’Halloran works well in reinforcing the couples deep connection and isolation, especially during the flashbacks scenes where only they are coloured with the backgrounds in grey and black. There is also a really effective sense of depth achieved through the colouring, which helps to give a realistic feeling of perspective to everything. Overall, I found this to be an incredibly confronting but enjoyable issue of Ice Cream Man. This is a tragic love story that will stay with you long after you finish reading.