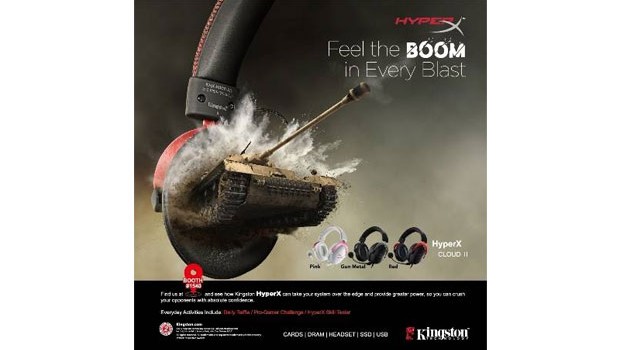 SYDNEY, Australia – 12 October, 2015 – HyperX, a division of Kingston Technology and the independent world leader in memory products is pleased to announce their participation at the PAX Australia event on October 30th to November 1st 2015 at Melbourne’s Convention and Exhibition Centre.

HyperX will be the official gaming Memory and SSD sponsor at this year’s massive ESL Arena at PAX “We are very excited to be at PAX Australia for the first time. HyperX is actively involved with gaming communities (teams and events) worldwide, so we wouldn’t miss out on the opportunity to be part of the Australia gaming community.” said Ann Bai (Sales Director, APAC Region, HyperX Division, Kingston).

There will be a sneak peek at an exciting HyperX product collaboration with artist SLOTH and a showcase of DDR4 solutions for Skylake systems focusing on Windows 10 and advancements in PC gaming.

A custom-made HyperX PC Case mod will also be making its Australian debut appearance at PAX. The highly detailed heavyweight desktop, inspired by Harley-Davidson motorcycles took over one and a half years to create. Featuring huge pipes, the star V2 engine and a one of a kind aluminium-made HyperX tank cover the Harley Davison mod is PC engineering at its finest.

The interactive booth will showcase the latest products from HyperX with a PC gaming area decked out with state of the art HyperX gear and a listening station where attendees can experience the award winning HyperX Cloud headsets.

Street Fighter gaming challenges will be held throughout the 3-day event with plenty of HyperX prizes and special offers up for grabs to those attending. The HyperX booth (#1540) at PAX Australia will be open from 10:00am to 6:00pm October 30th to November 1st 2015 at the Melbourne Convention and Exhibition Centre located at 1 Convention Centre Place, South Wharf VIC, 3006. 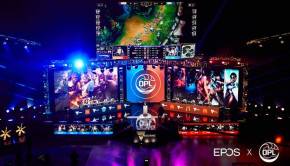 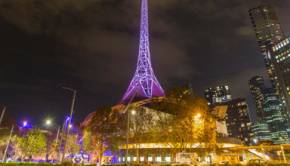