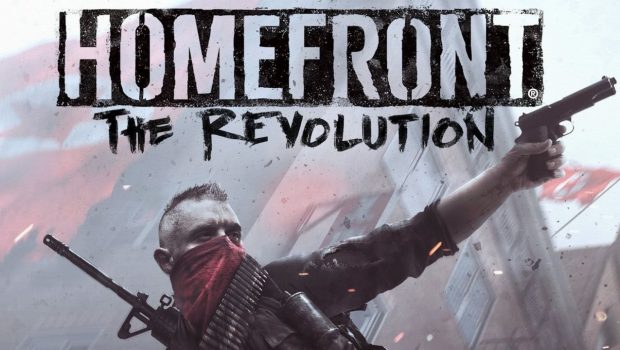 Summary: Homefront - The Revolution is spectacularly broken in a way that very few games can get away with and offers very little redeeming features to justify playing through it.

Wow. I had heard all of the negative buzz surrounding Homefront – The Revolution upon its release but I figured that at least some of it must have been hyperbole; surely, even taking into consideration the game’s protracted and troubled development, it couldn’t be as bad as everyone was saying, right? There had to be some redeeming qualities, right? Right? Wrong. It’s a horrendously optimised, jingoistic propaganda piece that squanders any opportunity it has to make a poignant commentary upon contemporary issues such as foreign policy, immigration and capitalism used as a method of control and trivialises any vaguely interesting points it raises by framing them with an obscenely patriotic and xenophobic mindset where your so-called hero comes off more as a member of a terrorist cell than a freedom fighter.

The chest-beating rhetoric quickly outwears its welcome and what you’re left with is a hollow gaming experience almost entirely devoid of fun and the unshakeable feeling that it is your character and his collaborators who are the real bad guys in this story –Which would be an interesting conceit if the game actually managed to realise this and forced players to confront the ramifications of the violent acts they’re participating in but instead Homefront – The Revolution plays its story absurdly po-faced, confident in its assurance that its Red Dawn-lite plot is the ultimate embodiment of the American credo “Live Free or Die.” The central premise of the game posits an alternate timeline which positions North Korea as a global superpower responsible for manufacturing weaponry and advanced technology beneath the APEX brand for the rest of the world’s consumption. America gleefully uses APEX equipment to assist with their military incursions around the globe, seemingly ambivalent about the mounting debt that these efforts consistently incur until, inevitably, they accrue so much debt that they have no choice but to default.

In response, North Korea utilises a backdoor program installed in their technology to incapacitate the U.S’s military forces by effectively flicking a switch and robbing them of all of their firepower, seeing as how almost everything from missile defence computers, plane guidance systems and even mobile phones all come from the same corporate source – APEX. Completely disabled, the U.S descends into anarchy and North Korean KPA forces step in to maintain order in what can be seen as an interesting allegory of America’s invasion of the Middle East, although this parallel is never touched by the game itself, which is another missed opportunity.

The KPA is painted as an oppressive regime but we never see much evidence to support this –Sure, there’s the opening sequence where two of your fellow resistance fighters are callously murdered and a few obligatory scenes in the streets of soldiers dragging people out of their homes but this is merely a small faction operating under what appears, to me at least, to be a genuine concerted effort by a military superpower to reintroduce order to a nation besieged by anarchy, much of which is seemingly incited by the resistance group you’ve aligned yourself with. After an extended opening sequence that refuses to give the player control for far too long, you finally get the chance to explore the decimated rendition of Philadelphia that serves as the game’s setting. Initially I was pleasantly surprised by the graphical quality of the environment and although the opening dragged a bit, it had enough action and interesting moments to pique my interest… But almost instantly the cracks began to show.

The first major misstep, in my opinion, is neglecting to give your character Ethan Brady a voice. Sure, I get that this decision can allow for greater immersion and let players project themselves onto their virtual avatar but, as quickly makes itself evident, when this results in painfully annoying moments in the plot that could be entirely avoided had Brady actually just explained himself, it does entirely the opposite. For example, early on you’ll escape into a hidden subway system which the rebellion uses to move around and are soon accosted by suspicious freedom fighters who viciously assault you and then drag you to see their leader, who sadistically prepares to remove your nipples. The entrance of more level headed rebellion members saves you from this grisly fate but the entire scenario could have easily been resolved had Brady simply stated his case once accused of being a KPA spy rather than remaining stoically silent.

Aside from the obvious flaws inherent in the story, Homefront –The Revolution’s biggest issues come from its technical performance. Quite frankly, Homefront’s myriad of glitches, bugs and technical issues are simply unacceptable and the three or four patches that have been applied since the game’s release have done little to mitigate the often atrocious performance. The frame-rate dips to sub-20 levels frequently, which severely impacts any semblance of maintaining accuracy during firefights, and there is a ton of texture pop-in and screen tearing. Probably the most annoying issue is the moments when the game freezes for three to five seconds whenever you access your armoury, reach a checkpoint or enter a storefront. This doesn’t happen once or twice, it happens literally every single time, often hanging for so long that you begin to fear that the game has crashed. Then there’s the issue of enemies spawning inside walls so that you can’t complete missions where you clear out outposts, times when you get stuck in the scenery or your weapon inexplicably disappears and even KPA soldiers spawning in your safehouse and constantly attacking you.

The missions are bland and markers are difficult to locate at times – The map is way too busy and you’ll soon find yourself overwhelmed with places to go but the lack of variation between your objectives makes the entire ordeal uninteresting and after a while I just focused solely on the story missions when I could get away with it, especially as reclaiming areas still didn’t remove the enemy’s presence or the super annoying KPA drones. The “Hearts and Minds” mechanic for winning the support of the populace is an interesting idea but the execution makes it pretty much worthless. The combat is similarly broken, with the lack of accuracy really hampering your progress at times. You’re encouraged to use stealth whenever possible but the engine is so broken that this is almost impossible to pull off effectively. Using motorbikes for transport can initially seem like a good way to cover long distances but you’ll alert every soldier in the vicinity in short time and the slippery controls will mean you’ll constantly hit a barrier and then get peppered with enemy fire, rendering it almost useless.

I could go on but I think you get the drift – In its current state Homefront – The Revolution is a shambles and I’m dubious on whether the frantic patching can bring the game up to a level of quality that’s somewhat passable. At least the weapon upgrade system is fairly solid, I guess. Many of my issues with the graphical performance were outlined above but I’ll elaborate a little further here. On the surface visuals don’t actually look all that bad, if you can forgive the recycling of character models and animations, but once you get into the meat and potatoes of the game the lack of quality makes itself all the more apparent. Facial animation is robotic and often out of sync with the audio, environments soon take on a copy and pasted quality and the entire thing just lacks polish.

The audio is okay, when it’s not stuttering or entirely out of sync with the action, but again it’s nothing to write home about. Like much of the game’s performance the issues here just serve to highlight the fact that the game is the product of a rushed and tumultuous development. Despite the negative press around it, I came to Homefront- The Revolution with an open mind and fully prepared to not let review bias affect my impressions. Unfortunately, it appears that the complaints were valid; the game is spectacularly broken in a way that very few games can get away with and offers very little redeeming features to justify playing through it.

The multiplayer component is actually not all that bad in comparison to many of the issues that plague the campaign but it stands no chance against its contemporaries and certainly doesn’t make up for the poor quality of the game overall. It pains me to be so harsh in this review as I generally seek out the good elements in even the worst of games but they are so few and far between here that my tone can’t be anything but scathing.

With a longer development time and a ton of QA testing maybe the game could have been a mediocre but enjoyable way to waste a few hours but as it stands I honestly can’t recommend anyone pick this up.