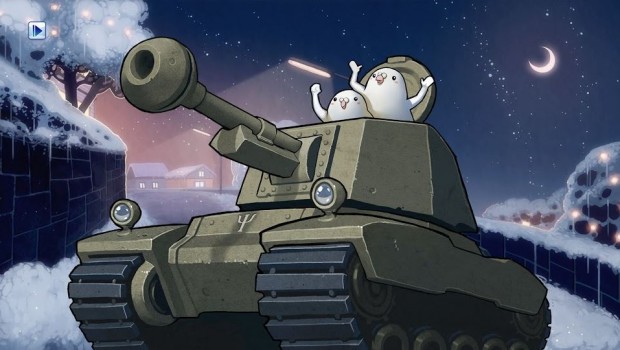 I am the first to agree that interactive narratives can be fantastic games, but at what point does an interactive narrative become simply a narrative? Hatoful Boyfriend: Holiday Star definitely sits more closely to the ‘visual novel’ end of the spectrum, which is fine, but that makes it difficult to rate in terms of ‘gameplay’. If you enjoy clicking your mouse a lot while reading a collection of strange stories about pigeons, then Holiday Star is for you. Holiday Star has four main narratives, which run for approximately half an hour each. There are also four short narratives, eight even shorter ‘dates’ (where you can see the birds in ‘human form’), and a collection of radio broadcasts. Across each of these narratives, there are so few instances of player interaction (beyond clicking to continue the story and entering an optional name) that I could count them on one hand. While this is fine for a visual novel, this becomes a little questionable from something that also calls itself a ‘dating sim’ or—even more brazenly—an ‘adventure’ game.

The choices that you do get to make throughout the stories are one of two things: completely arbitrary or so important that they can prematurely end the game. The significance of these occasional decisions is marred by the fact that there is rarely any indication of which option you should choose, and it’s easy to save immediately before guessing.

But the game’s lack of interactivity is not as frustrating as finding so many missed opportunities for choices to be added, even if they were of the ‘simple and don’t really affect the story’ variety. The player character—whose default name is Hiyoko Tousaka—is often asked questions by those she interacts with, but instead of letting the player reply, Hiyoko answers on our behalf. At one point, when strategising about their plan of attack, Hiyoko says to herself, ‘He seems to be asking me what we should do next.’ I was certain this would be an opportunity for me to draw on my battle expertise, but instead Hiyoko continues: ‘March straight for the door of course!’ I found it difficult to feel connected to the stories because the character representing me responded to conversations in ways I disagreed with and—at times—was portrayed as an idiot. This visual novel is not an experience for somebirdie (sigh) who is entirely unfamiliar with the Hatoful universe. While Hatoful Boyfriend introduces you to each bird, Holiday Star expects that you are already familiar with them and their key character traits. It took quite a long time for me to realise that Sakuya and Yuuya were brothers, for instance, and this is integral to the way that they interact with one another. Similarly, it took several stories and some research for me to fully understand the history between Ryouta and Hiyoko, which would not have been an issue had I played Hatoful Boyfriend first, where these connections are introduced alongside the characters themselves.

The narrative tone shifts wildly between the first and last main stories in Holiday Star. The first story is playful, with the occasional dark joke about the doctor’s love of corpses, while the last story explores each bird’s dark and depressing past, including the particularly morbid history of the King of Holiday Star. The graphics shift accordingly, with the photoshopped images of pigeons appearing on simple, cartoony environments in the first stories and surrealist, over-saturated illustrations in the later ones. The King’s picture book—a black and white collection of drawings and strangely poetic lines—is yet another contrast. Tying each story together are the repeated audio tracks and sound effects. Each bird seems to have associated music—particularly Sakuya, who is responsible for a pompous violin melody. The volume of the music varies noticeably, with Christmas carols playing obnoxiously loud. Some of the sound effects and audio gags are amusing at first, but repeated until they stop being funny; this is potentially due to the fact that these narratives were originally released separately, and the recurring jokes would have been less noticeable for a casual player.

Hatoful Boyfriend: Holiday Star is an absurd journey where you have vague romances with eight potential suitors, save Christmas from some genetic experiments who love the holidays a little too much, prevent a magazine editor from using the power of fangirls to blow up the school, and travel to the afterlife on a train. If you enjoyed Hatoful Boyfriend, you may find some enjoyment in these extra stories, but anyone new to the Hatoful universe with a craving for pigeon romance should probably start at the beginning.