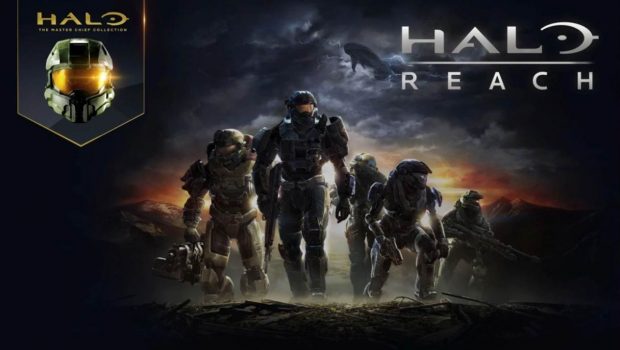 As a Halo fanatic since the original Xbox’s Australian launch in 2002, my hope has always been to see the full series move from its ageing console confines to PC and experience it with better hardware. Alas, 2007’s Halo 2 Vista and an obscure title for the Russian market was as far as we got – until now.

Thankfully, 343 Industries heard our pleas and kickstarted Halo: The Master Chief Collection’s move to PC earlier this year with a ton of community testing and feedback. The first title ready for Steam owners to devour is Halo: Reach, the swan song of series creator Bungie.

Reach is a prequel to the entire Halo series, featuring a darker narrative tone and controversial multiplayer suite which dared to blend elements of other popular first-person shooters with Halo’s holy formula for the first time (such as sprinting, jetpacks and the dreaded Armor Lock) – and make it work. Nine years later, it remains as grand in scale and ambitious in the many liberties taken with the Halo mythos as it was in 2010 – it’s only fitting it’s the first to make the transition to PC.

For PC gamers entirely unfamiliar with Halo history, Reach is a prequel set before the main series and does not feature the iconic Master Chief in a playable role. Instead, you play as Noble Six, a “hyper-lethal vector” on the same level of bad-assery as MC according to the original Spartan supersoldier creator Catherine Halsey who you can customise to a degree to make them your own in terms of gender, armour and colours. As part of the clandestine Noble Six, your squad of genetically enhanced and armoured Spartan-IIIs are assigned to repel the alien Covenant’s opening invasion force of Reach across 10 levels, each featuring wildly different environments and increasingly high-stakes warfare, including stunning valleys, cliffside sniping, top-secret underground bases and big cities under siege.

In short, an epic storyline centered on a small-squad of heroes, against insurmountable odds.

So, is this space epic just a basic console-to-PC port with a shiny upscale? Far from it.

Halo: Reach’s PC port holds up very well for a nearly ten year-old first-person shooter. The level of visual clarity on offer and the weightiness of its gunplay is particularly impressive given the original launched fairly late into the Xbox 360’s lifespan. While it lacks a lot of modern gameplay mechanics and streamlining conveniences many have become accustomed to in our shooters (ADS, hub worlds, etc) the sheer quality of its 10 hour single-player campaign content, the additional challenge offered in its multiple difficulties (legendary FTW), its dynamic AI opponents, and its robust multiplayer suite is something the PC FPS catalogue sorely lacked before – thankfully, the void is now more than filled. The visual options on offer are great and the game played without a hitch during my initial playthrough, running it with a GTX 1060 on both a 1440p monitor and my 4K television display. Ultrawide viewing is supported, as are FOV sliders, adaptive sync options and an ‘Enhanced’ graphics option for further fine-tuning. But it’s the jump from 30 frames per second to rock solid 60fps that easily makes the biggest differences. Playing competitively against other players and mowing down Covenant feels so much more silky smooth compared to the old Xbox 360 days of yore, and firefights and movement feel much more satisfying and responsive than the restricted FPS of the original title.

Is it as clean and sharp on the eyes as modern-day shooters? Not quite. PC hardware can only go so far to elevate the deliberate design choices and textures of a 2010-era console video game that was never built around PC considerations in the first place. However, the port has done a great job in uplifting Halo: Reach’s impressive art assets into something that can keep up with today’s big boys.

The addition of mouse and keyboard controls, especially, is great when you’re in the mood to gun down Covenant foes much faster and with more grandiose trick shots than possible on traditional gamepad, though I must admit the Xbox 360 controller remains my go-to input. The controller customisation on offer (you can change keybindings for KBM and general layout for gamepad) is a relief given the amount of button variations the Halo franchise has had (I still somehow always press the incorrect button to swap grenades or use melee to this day). Also, there’s now the option to launch the game in mod mode, which lets you enjoy mods for both campaign and Custom Games but disables the anti-cheat software and multiplayer matchmaking. The fact mods are supported is amazing and I can’t wait to see what comes from talented content creators down the line. The one big hitch for the otherwise stellar PC launch is the sound mixing and quality. Both guns and explosives lack the impact and ‘oomph’ that the original Reach delivered in spades, with gunfire bafflingly muted and disappointingly distant sounding. It’s not just imagined, either, with plenty of comparison footage is out there on the Web. It’s the number one complaint among the passionate PC fanbase right now, and while reviewing the game, I couldn’t help but feel a little less enthused considering how satisfying it used to feel when firing off a DMR, or smashing down foes with the heavy-handed Gravity Hammer. Whether this was a deliberate audio mixing choice, or a technical difficulty faced when porting the game over to PC I’m unsure, but a future patch fix for the audio is already underway – so it may just be a matter of how long you can wait rather than a true dealbreaker.

Matchmaking and Custom Games in Halo: Reach PC is world-wide and right from the get-go I found no issues finding filled lobbies, which is a relief given Australia was a region that suffered low population levels in the console release of Halo: The Master Chief Collection. I haven’t experienced any game with noticeable lag or input delay using both mouse and keyboard and gamepad, and I’m happy to say the multiplayer is rock-solid in its stability. Given the notoriously bad matchmaking issues the original Xbox One collection release suffered, it was essential for my enjoyment (and sanity) to be able to play MP without issues – thankfully, that’s the case here.

The variety in Reach’s multiplayer suite, divided into Social (Unranked) and Competitive (Ranked) portions, is sure to cater to the vast majority of FPS fans. Standard 4v4 Slayer (Team or FFA) is as fun as it’s always been, and Big Team Battle (8v8) is as chaotic and ride or die with its vehicles domination as ever. Team Objective with Capture the Flag and Oddball add an element of tactical spice whenever I felt temporarily bored of Deathmatch rules, while SWAT’s one headshot splatfest is still adrenaline-inducing fun and the best mode in the game. One mode I’m surprised with is Invasion, a 12-player team-based gametype first introduced with Reach that pits six Spartans vs six Elites in rotating attack and defend roles across three large-scale maps, racing to complete a series of objectives such as defending generators, planting bombs or stealing data cores. It was always hard to find games in the original launch, but here I’ve gained a new appreciation for Invasion’s hard-as-nails, team-focused gameplay. One problem the original game had was a lack of developer-made maps compared to past Halo titles, but thankfully all the DLC maps are included in the PC port, livening up the rotations. The Firefight mode is also included in the PC release and stands on its own for still being one of the best multiplayer co-op ‘horde’ gameplay modes available in any game, with full matchmaking support and several large maps for PC fans to enjoy. You take on waves of increasingly difficult Covenant attackers until you run out of lives, build up your score multiplier and you can even customise the rules to a degree (weapons, enemy behaviour, enemy type, etc). Given the amount of enemies on screen with other players, performance was thankfully rock-solid.

The shield-based health system in Reach means Time-to-Kill is a bit longer than your average Call of Duty or Rainbow Six Siege, but the variety of ways you can take out foes, the interesting variations in UNSC (ballistics) and Covenant (plasma) weaponry combined with the Spartan-III’s abilities which you select while viewing your game loadouts (holograms, jetpacks, camouflage, sprint) make movement and map control fairly intense. Sheer precision, however, trumps all, and four well-placed DMR shots are enough to take out the prize – as it’s always been. The original release of Halo: Reach predated microtransactions and its progression system showed that. Its multiplayer was centered around playing matches and gathering in-game credits to spend on new and progressively cooler-looking armour for your Noble Six, while ranking up to unlock other rarer cosmetics – all of which could be used and shown off in the single-player campaign, multiplayer suite and Firefight (horde mode). While a bit grindy, it was a fun and rewarding system. The Master Chief Collection’s version of Halo: Reach still keeps all armour customisation in-game without any purchases, but removes the ability to choose which pieces to purchase, instead opting for a seasonal XP system where you go through a linear set of tiers upon unlocking enough points.

Personally, I’m a little iffy on this fundamental change to the progression system, given I now can’t choose what armour I want to unlock first and have to go through the same linear tiers as everyone else, waiting for the next season to acquire rarer sets. If you’re time poor like me, it’s far from ideal. You also can’t view other player’s Spartans in the lobby and admire their armour choices, as in the original, which is my only personal disappointment in the otherwise very clean, snappy and well-organised UI. Still, I am grateful 343i re-introduced individual armour parts given the Master Chief Collection on consoles removed this in favour of pre-set options.

The long-overdue PC port Halo: The Master Chief Collection PC kicks things off the right way with a stellar port of Halo: Reach that is fantastic on a technical, networking and content level. The lack of Forge and Theater modes on launch is far from a deal-breaker given the effort put into the graphics settings, control customisation, matchmaking quality and ensuring Halo’s addictive multiplayer suite made the transition intact and smoother than ever before.

The one big hitch, the audio problem, is perhaps the only blight on an otherwise great port, but if you’re patient for the eventual bug fixes and content updates, there’s no reason not to dive into Halo: Reach now if you’re itching to get your fix on PC this Christmas break. Highly recommended.