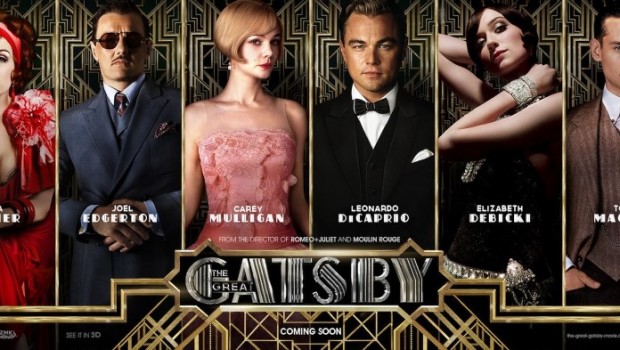 Baz Luhrmann’s The Great Gatsby has had its lovers and haters since it’s highly anticipated cinematic release a few months ago. However, even those who loved this latest version of F. Scott Fitzgerald’s classic will be disappointed once they see the film on the small screen. It is a travesty how much the film loses when it is no longer on a movie screen and instead in your own home. This could be fixed if you have an incredible home entertainment system, but many people don’t have the luxury of such as system which will restore The Great Gatsby to it’s cinematic glory. Extravagance is the key word here. Not only is it used to describe the world created by author Fitzgerald, but it is the word one can use to describe Luhrmann’s whole production of The Great Gatsby. There is nothing subtle about this film. Subtlety is not something which is present in Luhrmann films as a general rule, but he really does go over the top with this film. In all honesty he has to be congratulated on his ambition and it is not as though his ambition hasn’t paid off. Visually The Great Gatsby is a marvel and really quite beautiful. The cinematography, although the CGII can be a little dodgy at times, is as a whole well done. The costumes and sets are incredible. Luhrmann has made the New York of the 1920’s look amazing and like the place to be, in particular the party scenes at Gatsby’s house are magical, but completely over the top. It does in more ways than one mirror scenes of one of Luhrmann’s earlier films, Moulin Rouge! Perhaps the most exaggerated part of this film occurs at one of these parties when Gatsby reveals himself and is accompanied by fireworks and an orchestra. It is such a cheesy moment which will be scoffed at by many. Again, it is a beautiful shot, but completely unnecessary in the way which it is presented.