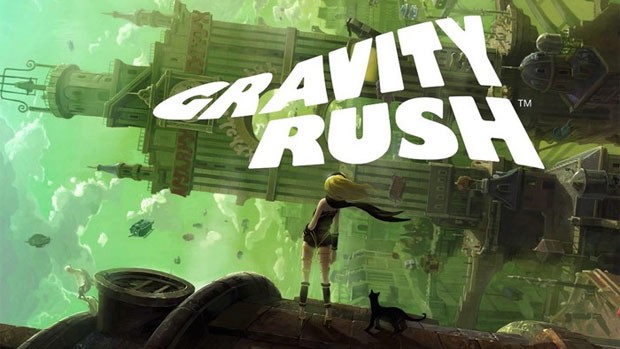 Summary: Gravity Rush Remastered is an excellent port of the original Vita exclusive to PS4, with unique gravity-shifting gameplay mechanics that lends to fun aerial exploration - all with a distinctive European comic book aesthetic.

The Kat’s out of the Vita.

Gravity Rush Remastered is a PlayStation 4 port and enhanced edition of the original Gravity Rush released on PlayStation Vita in 2012. A charming action-adventure title from developers Project Siren who work within SCE Japan Studio, it was one of Sony’s best first-party exclusive games for the handheld system, utilising the Vita’s touch-screen and gyroscope for zero gravity-related gameplay – a unique control setup that took advantage of the hardware. Sony has trusted Bluepoint Games, the remaster experts behind the recent Uncharted: The Nathan Drake Collection to spruce up the original package for home consoles owners to enjoy in time for the recently announced sequel. The end result is the same brilliant game now in full HD 1080p resolution and 60fps, new artwork and geometry, DualShock 4 gyroscope and touchpad implementation and all previously released downloadable content in one package.

For newcomers to the series, Gravity Rush Remastered is focused on a girl named Kat, an amnesiac girl who awakens in the weird and wonderful floating city in the sky, Hekseville. The city is under attack from otherwordly black creatures while in the midst of a ‘gravity storm’ destroying buildings and tearing away its inhabitants. After speaking to a mysterious black cat affectionately named Dusty, our Kat is granted special powers which allow her to manipulate gravity – she can walk upside down, float, carry heavy objects and defy physics at will, altering gravity one second to fly and shifting at the next to allow inertia to do all the work. While amnesiac characters are an often overused plot device, Kat is an endearing protagonist who grows on the player quickly with her charisma and earnest nature – not to mention her quick recovery. With her newfound powers, Kat vows to use them to protect the people of Hekseville from the monsters, known as Nevi despite her memory loss, and the game kicks into gear.

The controls behind gravity shifting are very quite intuitive and have translated well from the Vita to the DualShock 4. Using both analogue sticks and or the optional motion controls from the gyroscope, you can shift gravity and will and fall and fly towards any direction. Tumbling in the air and walking across buildings upside down is a sensational experience and Bluepoint did should be commended for how well things came over from the Vita.

In Gravity Rush Remastered, gameplay (obviously) involves controlling your newfound gravity-shifting abilities and traversing the city to rescue and help citizens, defeat Nevi and explore; this means spending a lot of time in the sky. Hekseville has been divided into several sections after the gravity storm incident, so it literally becomes your aerial playground to fly around and discover collectibles and hidden gems (which you use to upgrade your stats and abilities), take on quests for NPC citizens and stop the Nevi. It’s a lot of fun just gliding around Hekseville, but many of the challenges and side quests do tend to be on the short, simplistic side (go here, defeat some enemies or obtain some items, done) – thankfully, the main story missions are better. The core narrative is divided into 21 chapters which took me roughly 15 hours to complete, but add on another 20+ or so hours if you take on optional side-content , challenges, leaderboards and trophy clean up – not to mention the extra three DLC packs (Spy Pack, Military Pack and Maid Pack) and the missions and costumes that come with them.

Unfortunately, the other side to the main gameplay mechanics, combat, is far less fun. Kat takes on Nevi mostly from the air, performing combo managers that amount to dive kicks and evades. Enemies start simple but grow tougher and in number as the game progresses, but your ability pool is small and you’ll mostly resort to the same dive kick move again and again, resulting in much repetition. You do unlock special cooldown abilities as you progress, but most enemy encounters are far too similar save for a few boss fights that thankfully change up tactics and A.I., but overall flying around is a lot more fun than combat in Gravity Rush.

As touched on above, the visuals in Gravity Rush Remastered improves upon the original Vita release substantially. Flat textures now are full three-dimensional objects, character models have higher polygon counts, and environments are much more detailed. With the smoother, crisper look thanks to 1080p resolution, the black outlines which give the game its European comic-book steampunk aesthetic make everything pop out nicely. It also helps that Hekesville, its inhabitants and Kat ooze with charm and personality.

If you missed Gravity Rush on the PlayStation Vita the first time around or you’re pining for an interesting action-adventure exclusive on PlayStation 4, give the remastered version a fair go – you’ll most likely find the same thing I did: an endearing, very unique gravity-bending adventure with a charming comic book aesthetic, satisfying semi-open world exploration and a sensational sense of adventure. The new 1080p resolution, 60fps visual touch-ups from the Vita are just an added bonus to what already is one of Sony Japan’s most unique first-party IPs.