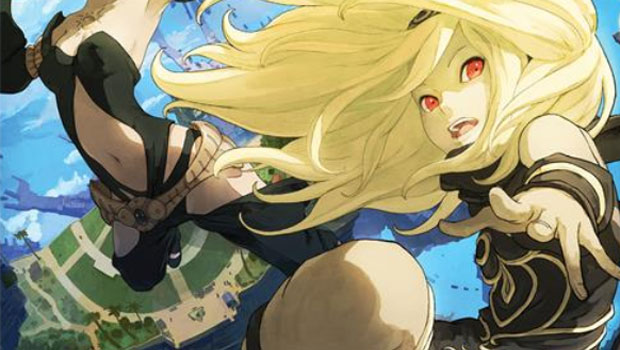 Summary: Gravity Rush is solid fun on the PS4 with a really fun protagonist, enjoyable gaming mechanics and a way to become involved in interactive anime... just be wary, the controls can be annoying at times.

It’s time to defy the laws of gravity again as Gravity Rush 2 arrives on the PlayStation 4 and PS4 Pro which offers players a new environment to explore with tweaked gaming mechanics as you become part of an interactive anime adventure. In Gravity Rush 2, you once again assume the role of Kat as she and her friends find themselves in this amazing city that is about to all come crumbling down unless you solve the catalyst behind it… in essence you become a rebellion fighter. Although the story is a little convoluted, the characters and gaming environment more than make up for this shortfall and this world looks amazing on both the PlayStation 4 and the PS4 Pro. The story is nicely progressed through comicbook inspired cutscenes as our heroine gets her amazing powers from her cat Destiny with some classic anime storytelling. Furthermore, the story does follow the original game so those who haven’t played this might be slightly disadvantaged, however the sequel does a good job at welcoming new players. Given that, the controls on the DualShock controller are quite apt but it does take a little time getting used to the gravity controls. Furthermore and if you played the previous title before, you’ll notice some improvements on the control mechanics, however some of Kat’s powers were a little frustrating at the best of times. Even so, I still wanted to keep playing this game because it’s easily one of the most original games and more importantly fun titles that I’ve played in a long time. In terms of gameplay length, Gravity Rush 2 easily offers a good 30 hours or more to gamers, however if you get involved in the side quests and do more exploring of this world, it will definitely expand the longevity of this game. There are also gems that help upgrade Kat’s powers and when searching for these items, you can become lost but it does open the game up for other wonders to discover. For the majority of the game, I explored Gravity Rush 2 while flying with Kat’s gravity powers, although there are some places where you can teleport to help cut the travel distance down. Apart from the main mission in Gravity Rush 2, there are plenty of side missions that can be found by exploring the diverse areas and talking with other characters in the game. So whether I was trying to find a balloon for a snooty rich kid, overthrowing the current government or help find a missing character, the missions were enjoyable and at times challenging. Not only are these missions quite diverse but help with the world building of this game in making it a living breathing entity, particularly all the different floating cities.

With that said, the gaming world is split into different levels and floating islands of magnificent cities and all the intrigue between them. The lower levels of this world which are the mines are filled with creatures called Nevi which seep into other elements of this game, however the highlight is the amazing and colourful architecture of these cities. Also, the developers have used the speaker on the DualShock controller which adds to the overall experience. Battles play a key part of Gravity Rush and with the gaming mechanics, these can be quite spectacular at times as you fight a wide cohort of enemies from standard ‘grunts’ to powerful bosses, both Nevi and human inspired villains. Another cool element of the combat are your allies such as Raven who helps Kat fight in battles which gives the game a much more realistic and dynamic experience. This also adds an element of strategy to the game in both working with your partner and how you need to change your tactics to fight the enemies in Gravity Rush 2. Although the combat for Kat is quite simple, she can attack in both the air or on the ground as she uses gravity powers against her enemies like a Jedi plus she has some melee attacks such as kicking. When it comes to her abilities Kat swaps between Lunar and Jupiter gravity levels which are fast or slow/powerful attacks. Add in some special attacks and the combat system is quite sturdy and I really enjoyed the boss battles, although the missions that involved timing were at times a challenge. So each time you’re given new powers, the game does give you access to a tutorial such as how to use items in the environment to throw around thanks to your gravity or even put fires out by moving water to flying kicks, multiple attacks and mastering your powers of ‘flight’ thanks to your gravity manipulation. The game does not support multiplayer per se but it has a leaderboard and integrates a treasure hunt game. If you accept this request, the other player takes a photo of the area they are in and you need to find this area in order to be rewarded. These may include new costumes or items for your hideout. In the end, Gravity Rush 2 is a really fun experience that I wholeheartedly recommend to those looking for something a little different in their gaming diet. Graphically, Gravity Rush 2 is a rich and detailed world on the PlayStation which almost creates this interactive 3D world. It’s also quite a colourful world with some great attention to detail and stylised to graphics which really suits the premise of this game. Furthermore, I like how the game has multiple levels with the lower levels being that of an almost hellish mining world while you move up in the sky, you get to the poorer areas with the rich on the top of their floating islands that is filled with some great attention to detail. Character design with its cell-shaded inspirations is another highlight like the creepy Nevi with their tendrils as are the in-game special effects and lighting. Add in a very boppy soundtrack and a myriad of sound effects and this complements the graphics quite well, especially the Japanese dialogue. The only issue with the graphics was the sometimes fiddly camera angles which did cause some controller rage. Gravity Rush 2 is a fun game on the PlayStation 4 that offers players quite a diverse gaming platform/adventure title with plenty of things to do. I really enjoyed the stylised graphics that when matched with the special effects, audio and storyline, it created this quite immersive story from start to finish with fun characters. Sure, some of the control mechanics created a touch of controller rage but for the majority, it was a thoroughly enjoyable experience from start to finish.