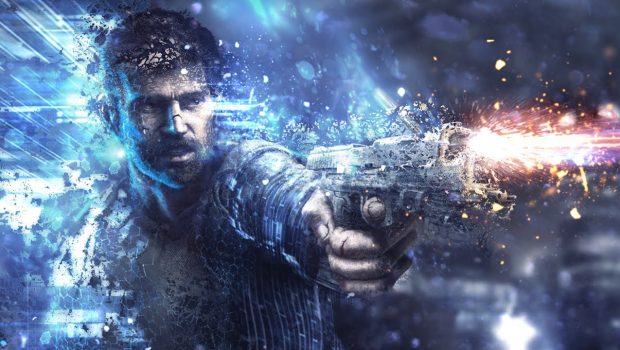 Summary: Get Even is going to be a surprise hit title!

Get Even is a game that you will need to wrap your head around. It is simply a mind bender, and I thoroughly enjoyed it. You play the role of Cole, a man with a shady past who is thrust into a nightmarish situation where he wakes up in front of an asylum with little to no memory of what has taken place beforehand. The game starts interestingly enough with Cole having to find a girl in a building with a bomb strapped to her. It’s a nice introduction to the basics of the game, and somewhat mastering the control system. The bomb detonates (spoiler!) and the game starts proper, four years into the future with Cole waking up in front of previously mentioned asylum. A mysterious figure/s alert you to the fact that they are going to help you retrieve your lost memories, and that you asked them to help you. Sounds creepy? Well it is.

If you have ever played a Silent Hill game, this will give you an idea of the visual treat that awaits you. It has a grainly washed kind of look, sounds technical I know but it suits the mood entirely. There is gorgeous detail everywhere you look, and best of all little things that you do not expect happen when you least expect it. An example earlier in the game was when I passed one of those horrid monkey toys with cymbals sitting on a chair. I did not touch or interact with it, but when I had to go back there later in the game it had toppled off, yet no one had been there. I must admit I spent about five minutes searching to see who might have toppled it off – no one was there. Cole is a rough and ready kind of bloke, the voice acting utterly cements the gritty feel to the game. Throughout the title, it warns you that your actions will have consequences, so be sure before you do certain things to objects or people that if you can find out or think ahead what it may entail for Cole before you do it, it is worth checking out.

The game wants you to learn how to play it. I found that frustrating initially as you are walking around with a smart phone of some type but it does have quite a few functions that assist during the game. Obviously it’s not a standard piece of kit; it can pick up heat signatures, search for clues or forensic evidence to name but a few of thing things it can do. Swapping from that to a weapon involves a simple button push however I was not spoon fed this information; I had to play with the controller and pay attention. A thing that I really enjoyed about the title was the lean function around corners. Many games no longer feature this, but it is well placed in this title, especially when the tension is high which is most of the time. The soundtrack is a joy to listen to, and one of the better ones I have heard for some time. The sense of dread and anticipation is ominous, due to the wonderful treatment of the audio in the title. Little pops and clicks make you jump at all the right times. In fact a strength of this game is just how little sound there is while you are playing. As soon as you hear something, you are immediately tense. It was awesome.

Ammunition conservation is a must. It is hard work to get past enemies and can prove to be a source of frustration. The ammo count on the HUD is neat and easy to read. Cole’s gun also has the ability to shoot around corners. It is probably the only part of the game that I found awkward. I know it was probably meant to be innovative but does not come across as such. With the lean function, I didn’t really find it a necessary innovation for the game. Combat is no laughing matter in this game so make sure you line em up as otherwise it’ll be a touch of death for you. For those expecting this thriller to be in third person like others of it’s ilk, think again. Get Even is done entirely in first person, allowing you to feel like you are experiencing everything first hand. Yes you are Cole, but from this vantage point, it is happening to you and I found the level of immersion to be greater for this reason. The perspective is well done and even the use of the camera, which at first I thought would get in the way, is intuitively done and there are options to use it looking at the camera, or actually bringing the camera up to your face and using it that way. I must admit I felt jumpy doing it like that, expecting for bad stuff to happen whilst I was taking a picture or reading information.

The story behind Get Even is convoluted; don’t expect straight forward answers. Whilst not in the same vein, the story is as odd as Fargo or even Twin Peaks. If you cannot stand ambiguity then this tale might frustrate you, especially with the time shifting aspect of the game that Cole undertakes whilst finding the time he has lost. It is really well done however might lose some players who get frustrated.

Get Even is going to be a surprise hit title in my opinion. It just has that certain something to it. I do think it will be one of those sleeper hits that many will miss, but hopefully fans of the genre get behind it and spread the word. It certainly deserves it. A lot of thought has been put into the game to make it something memorable.