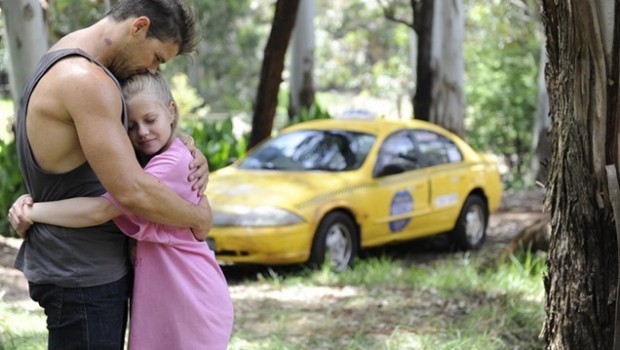 Summary: When the film isn't sickeningly violent, it's stupid and when it's not that it's sentimental and boring, with little to recommend

These Final Hours is a worthless, trashy addition to the clichés of the apocalyptic subgenre. The only memorable facet of this Australian road movie is the casualness of its violent and sexual exploitations, the ugliness of which the film basks in to shock us before retreating to the safety of sentimental pap about being kind to others. The threadbare script, focused on a barely two-dimensional action hero, is thin, idiotic and full of holes, and any belief in this end of the world premise is sabotaged by low budget and amateurish visual limitations that ruin the plausibility of the world and actions of the characters. Whether comparing the movie to similar films, both old and recent features about the apocalypse, or examining the film in isolation, this is a project that has the skill of a student film kindly granted a cinema release. It is short, stupid and undeserving of our time.

The film was shot in the suburbs of Perth where James (Nathan Phillips) has left his pregnant girlfriend Zoe (Jessica De Gouw) to attend an end of the world party. Parts of the world have been hit by meteors large enough to destroy Europe but for whatever reason Australia is the last country to stand. Aren’t meteors generally large enough to destroy the whole world at once rather than selectively crushing certain countries? Possibly due to these scientific gaffes, people around the suburbs are driven mad, either murdering one another or praying in the street. James can’t look away when two thugs take a screaming young girl (Angourie Rice) into a house and lock her behind a door. Who they are and why they’ve kidnapped this girl isn’t explained. They’re merely cannon fodder with James butchering them and rescuing the girl. She tells James her name is Rose and she needs to return to her dad. Reluctantly, James agrees to escort and drive her through the suburbs to see if he’s still alive. The episodes that follow involve meeting a police officer who wants James to help him kill himself and his family and also a ghastly rave party where James reunites with another girlfriend who has an underground shelter and psychotic friends, including Freddy (Daniel Henshall). The first pitfall for Hours is director Zak Hilditch’s failure to build an aesthetic context to justify the violent actions of the world. The orange haze that shades the film is the major stylistic choice that projects this as hell on Earth and foreshadows the inevitable destruction. There are cars on fire but filming in the suburbs, where all of the houses are untouched and undamaged, is a major aesthetic flaw for a world that is meant to have gone mad. Why is there a shortage of fuel if there is no physical destruction? The sanitised, drab visuals made me long for David Michod’s eye for visual details in the flawed but superior apocalyptic drama The Rover. He contextualised the violence and destruction by setting the film in a wasteland so that the moral decay was visually plausible in a lawless world. He also controlled the tempo and built the tension by providing time for the scenery and actors. By forgoing an aesthetic gravitas and measured tempo, Hilditch reveals his impatience to expose us to sex and violence before he can build the world and characters, initially favouring gratuitousness and awful music video techniques that achieve an unintentional comic impact. Hilditch’s own script is also poor, contrasting ultra violence and debauchery with sentimental messages about kindness and human decency. Though broadly plagiarising from Alfonso Cuaron’s Children of Men and John Hillcoat’s The Road, two apocalyptic films about grizzled men escorting children across dystopian landscapes, the climatic peaks of Hours remain as conventional as any generic action film. James’s formulaic character structure transitions him from a party animal to a sensible and unselfish adult. The two dramatic climaxes of this film, delivering Rose to her father and reaching his girlfriend, summon a simplistic coda about being with people we love till the very end. Kindness is the only reason why Hilditch is interested in James because he has no backstory and his motives, partying and getting messed up, are sketchy. Emotional reactions are not a strong point for the script or the young actors either. Within a scene of being kidnapped and locked up Rose is unfazed by the trauma, which weakens our belief in the characters and relationships. The story’s thematic conservatism is further apparent when other mediums have used this same framework to explore new and fascinating cracks in human behaviour. One example is last year’s excellent Playstation 3 video game The Last of Us, which borrowed heavily from the narratives and imagery of Cuaron and Hillcoat’s films. Critically, the game’s story subverted similar tropes by attaching complex moral questions to the violence and possessiveness of the characters. Video games are known for imitating films so why is it too much for a film to reach similar narrative feats? Out of several dislocated episodes in Hours the party sequence is the least conservative and the most implausible. This limp excuse for senseless female nudity contains one of the most over the top and hysterical pieces of acting (shrieking) in recent memory. Typifying the film’s crass dialogue is the amount of swearing in this scene and a girl’s response to James’ theory on the inevitable as she squeals: “You’re so mean!” This embarrassing sequence also houses a numbingly stupid character choice, more defiant of our belief than any apocalyptic meltdown. Would you leave a little girl alone at an orgy, rave party while a young woman (played by Sarah Snook) stalks her and there are people openly playing Russian roulette? When the film isn’t sickeningly violent, it’s stupid and when it’s not that it’s sentimental and boring, with little to recommend.