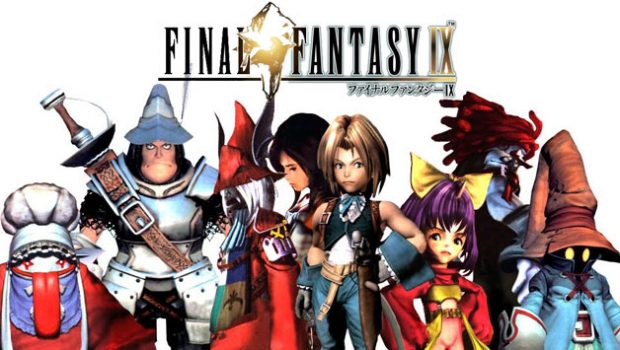 Summary: Final Fantasy IX is an easy recommend for fans of classic JRPGs and should prove to serve as a reminder that, despite the pitfalls the series has navigated through the years, there was a reason why Final Fantasy was once the undisputed king of roleplaying games.

Final Fantasy IX is one of my all-time favourite games, so grabbing the recent port for the PS4 was a no brainer; easily the most underrated entry in the series, FFIX suffered somewhat due to the decision to return to a more heavily fantasy oriented setting rather than the science fiction inspired ones present in the two previous – and most successful – instalments. Yet, for some like myself, this more whimsical and charming take on the series hit all of the right notes and was a refreshing change from the entertaining but far more angst ridden stories that had sent the series into the stratosphere during the reign of the PSOne.

Many column inches have since been dedicated to singing the game’s praises in the subsequent seventeen years since its initial release, so I’ll try to avoid reiterating what most of you probably already know.

Final Fantasy IX follows the adventures of bandit Zidane and his motley crew of companions that you pick up along the way, thrusting the player into a tangled web of political intrigue, bungled kidnapping plots and dark secrets and connections from the past that threaten the very existence of the planet (Gaia, in this case)… So far, so very Final Fantasy. What made FFIX stand out from its predecessors was the way in which this typically grandiose storyline was handled, injecting far more levity into proceedings and filling out the cast with cute and goofy character designs on a level that had been missing since the series’ SNES days.

Square Enix’s port shares more than a few similarities with their efforts for Final Fantasy VII, with slightly enhanced visual quality, improved loading times and a handful of boosters available to help alleviate the aspects of the game that some gamers may no longer have the patience for or view as too anachronistic to be enjoyable. You can adjust just about any aspect of the main gameplay, such as speeding up battle and movement times, removing random encounters or automatically attacking your enemies; if this wasn’t enough, you can also activate cheats that grant you unlimited gil, enhanced damage and much more.

As someone who struggled through the original game, grinding away for hours upon hours when I was too underpowered to take down a boss, these quality of life improvements are more than welcome, allowing me to re-experience the nostalgic joy of playing through a game from my youth without the frustration that often accompanies returning to old favourites. An entirely new feature is the auto-save, which does exactly as it says on the tin and saves your game whenever you enter a new area, meaning that you can switch of the game safe in the knowledge that you can instantly resume without having to dick around looking for a save point.

Final Fantasy IX  more than holds up on a narrative level, especially when compared to the almost entirely incomprehensible storylines of the games that followed, but even a massive fan like myself has to concede that, mechanically, the game doesn’t hold up as well to my fond memories. Most painful was navigating around the environments; much like the two previous games, FFIX uses pre-rendered backgrounds, but here the way forward is sometimes obscured by the amount of low resolution clutter on the screen.

After a little while you’ll learn to live with the stiff movement and more easily recognise the visual cues that indicate where to go but it’ll certainly be jarring for newcomers, maybe even moreso than the FFVII port due to the more detailed artstyle. There’s not really all that much to say in this department; FFIX was a fairly decent looking swansong for the original PlayStation and besides from touching up character models and increasing the clarity, there hasn’t been any noticeable major overhauls of any kind.

The frame-rate remains solid throughout and the anti-aliasing in particular has been noted as being heavily improved here, but it’s more the gameplay modifiers that make this the more desirable version of the game.

Final Fantasy IX boasted a luscious soundtrack arrangement composed by industry legend Nobuo Uematsu and I’d go so far as to say that it is the pinnacle of his wide body of work, so of course I’m going to gush over the music in the game.

Perfectly evocative of the traditional fantasy elements that were making a return, for my money there are far more memorable tracks here than in FFVIII and, to a certain degree, even the sublime FFVII… I have absolutely no complaints at all in regards to the quality of either the music itself or the transfer here. The black sheep of the PlayStation-era Final Fantasy behemoths certainly deserves attention from those who have somehow avoided playing it in some form or another over the last seventeen years and feels like slipping into a worn but comfortable pair of slippers for any returning players.

As mentioned above, it’s the modifiers to the gameplay that make this such a fun experience to come back to, as you can easily streamline or even completely remove any elements of the game that either annoy you or prove too challenging. As such, Final Fantasy IX is an easy recommend for fans of classic JRPGs and should prove to serve as a reminder that, despite the pitfalls the series has navigated through the years, there was a reason why Final Fantasy was once the undisputed king of roleplaying games, and those magic elements that made the series such a joy to play were never more evident than they were here.