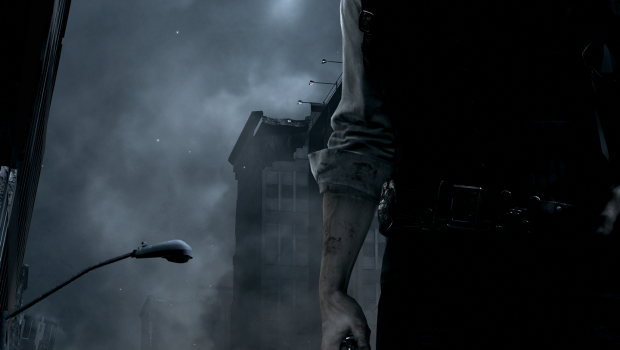 The Evil Within PS4 Review

Summary: Tango Gameworks have successfully ticked all the right boxes when it comes to the survival-horror genre and The Evil Within is one of those must play titles

Shinji Mikami, the father of survival horror and the creator of The Evil Within has been sent to Earth to test us… by playing this game, you will be given excessive levels of stress, increased heart rates, controller rage and perhaps one of the most challenging and entertaining experiences on your PlayStation 4 to date. Yes, The Evil Within is hardcore in not just the difficulty of the gameplay but also its graphic nature in this third person survival horror that will have you coming back like a sucker for additional punishment. However the redeeming feature of this title is that the power of success lies with the player and every painful time that you fail, it’s your fault, you either went too fast, you ran into the wrong building or you decided to use your shotgun instead of your crossbow. But like the Tom Cruise movie, The Edge of Tomorrow, you start to learn from your mistakes and if your patient, this game can be completed and by God, that is one hell of a reward, especially for a Shinji game.

The story of The Evil Within revolves around protagonist Detective Sebastian Castellanos that with his partners, walks into one of his worse cases ever. As they enter the grounds of the mental asylum known as the Beacon Mental Hospital, they discover that his fellow officers have been brutally slaughtered. But when Detective Castellanos discovers the person or “being” responsible for the murders, his life irrevocably changes as he is drawn into a hellish world of pain and suffering.

Without spoiling the story of this game, The Evil Within really questions the sanity of Castellanos, especially as he faces the horrors of the underworld as twisted human-like creatures mutilate and torture the living for their own personal pleasures. Yes, the world of The Evil Within is pretty messed up and is definitely a true gaming mindf**k. The game also boasts 15 chapters of survival horror goodness with all the right clichés thrown in for good measures with limited checkpoints and the ability to save. In order to save, you need to listen to the creepy music that indicates a save mirror is near which then transports the player back to their asylum room.

In terms of gameplay, The Evil Within follows the standard archetype of the survival horror genre that includes limited ammunition, poorly lit areas and creatures just waiting around the corner to devour your soul. Interestingly enough, The Evil Within is not really a next-gen title but compared to the XBox 360 or PlayStation 3 versions, the PS4 version is a visual treat that looks exceptional on a Full HD TV. Controls are a standard affair that have been well mapped on the DualShock 4 controller but don’t expect any major PS4 revelations.

Nonetheless, it’s the unpredictable story of Detective Sebastian Castellanos and the scary environment that makes this title such a compelling play on this console and I don’t think I’ve been this on edge in a game since Resident Evil 4, so kudos to Shinji and co. The difficulty of the game can be extraordinary challenging, especially with the limited health and ammunition with one false move ending in disaster. I’m not afraid to admit that I started the game on the survival mode and then reverted to casual as my blood pressure started to increase and I wanted to spare myself any early heart attacks!

Just between you and me, casual definitely feels like normal in terms of its difficulty setting. With that said, you’ll die often in this game which at times can become quite repetitive and disheartening for the gamer but if you persist, the journey of successfully completing this game is a reward in itself. If you’re a tough guy or girl, the game does offer additional unlockable modes for those true sadists but good luck in defeating the Sadist in the game if you follow this path. Stealth plays a key element in The Evil Within and if you waltz around too much, you’re just inviting death into your world, especially due to the great AI used by the enemy. If they hear something, they will attempt to search for the noise so you need to keep moving and in order to succeed, stealth killings are definitely the way to go. The main enemies in the game are zombies who can easily be taken down but in groups, you need to take them out one at a time which can be a challenge, especially if there is a boss in the area.

Bosses on the other hand are tough but each has their own weakness that must be exploited. For me, the most difficult boss in the game was Laura, the black haired spider-woman who looks like something out of Ju-On (aka The Grudge) and you cannot defeat her with just normal weapons.  This also makes you quite sparing with your ammunition and by disarming traps which are quite lethal to your character allows you to build additional items such as bolts for the Agony Crossbow which is one of the most powerful items in the game. This weapon gives the player access to a variety of bolts, each with specialised abilities such as explosive, freeze or harpoon. All in all, this is a well made survival horror that is as difficult as they come!

Graphically, The Evil Within is a visually impressive on the game on the PlayStation 4 that does suffer from some frame-rate issues and clipping but fortunately this does not affect the gameplay whatsoever. Characters are well animated and the lighting used by the developers really creates this eerie world of hellish nightmares. I also loved the introduction cinema of this title that was like watching some huge Hollywood paranormal blockbuster. The voice acting is another highlight of the gameplay that includes Anson Mount (Hell on Wheels), Jennifer Carpenter (Dexter) and Jackie Earle Haley (Robocop 2013) who lend their talents well to the twisted storyline. The sound effects are great and together with the graphics creates a very memorable experience on the PS4.

Tango Gameworks have successfully ticked all the right boxes when it comes to the survival-horror genre and the game is beautifully presented on the PlayStation 4 from its exceptional opening sequence to the twisted and sometimes sickening story of Detective Sebastian Castellanos. The relationship that you form with the game is one of love and hate that I could happily recommend to any gamers that want a true challenge on the PlayStation 4.

Good luck because you’re going to need it! 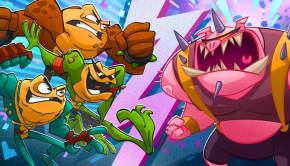 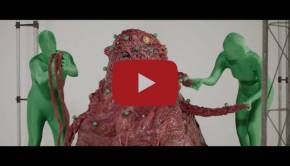 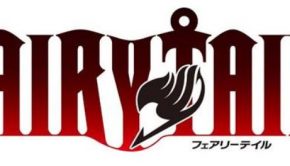