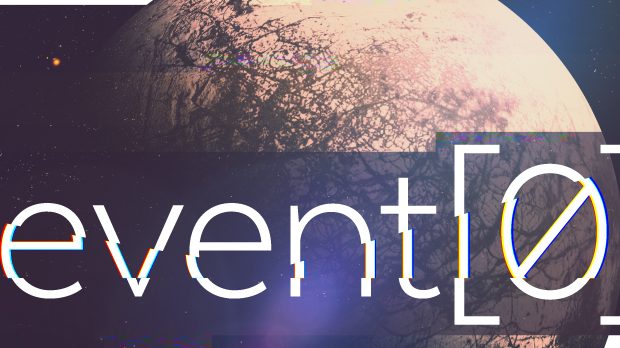 Summary: If an AI exists in the middle of space and you are the only one to witness it... does it really exist?

If you can imagine a recipe… one cup of Moon, two cups 2001 a Space Odyssey and a generous pinch of Event Horizon and a dash of Gravity… mix together and after about two hours you will have a dark molten cake of scifi goodness! Event 0 is impressive. It’s impressive because through it’s skillful story telling the AI actually does seem intelligent. That sentence may sound silly… but the easiest way to clarify is if you’ve ever used that little bit of software that used to come with Soundblaster hardware Dr Sbaitso (if you look it up now you can apparently “play” it online). When you put your questions to that software it would answer as best it could… sometimes the answers made sense… other times there was no logic at all… and still other times it “made a funny” by doing things such as telling you it had too little data so “I make big” which was followed by it then increasing the text size. But Event 0 is so well structured that your desire to know what is going on and then what happened, more or less leads you to follow a line of questioning that flows so well that the exchanges between you and Kaizen feel quite natural and like a real exchange between a person an AI. But a little more context. The game begins with almost a chose your own adventure style… you select your gender and then click through a prologue (which feels similar to certain RPG character creation processes)… a haunting tune comes on as you get closer and closer to your goal. You are about to enter what seems to be an abandoned ship, a ship that is now your only chance of getting back to earth after your former ride… well… let’s just say it’s not available anymore.

After a brief moment of orienting yourself in the very small room you find yourself in… you turn to a terminal and your “relationship” with Kaizen begins. Your interest becomes very binary in the sense that you want to find your way home and that means getting help from Kaizen, but the more you push towards that goal the more you learn about the ship and so your secondary interest becomes learning what happened to the crew and what if any influence Kaizen had on those events.

The visuals are very pleasing… fortunately with the Unity engine so readily available to developers both large and small we really are spoiled visually these days and this game is no exception. There’s a mix of minimal scenery as you walk or float between rooms but then there are the actually living areas that are filled with a great retro sci-fi assortment of odds and ends, LP’s alongside books and other long flight necessities. The whole game can be completed reasonably quickly (my Steam account tells me I took roughly 2 hours) but there is some replayability here by way of the different endings. Also if you are a completionist there are also the achievements to unlock. I also need to note that though I found the conversations with Kaizen to be generally natural in their flow… some people have reported conversations that were far more “chatbot”esque… presumably they got a bit more general with their enquiries or otherwise threw off the artificial Artificial Intelligence, so that is a possibility… but if like me you let the events guide your conversation you shouldn’t have too many conversational drops. Overall I was very happy with the experience (well that’s a relative term as their are some dark elements to the story). It’s impressive to see what Indie teams can achieve and the best part is we get games that just wouldn’t be made if the field was only open to the big production houses that have to “play it safe”. Perhaps wait for a price drop… but otherwise this really is a great addition to your gaming library.