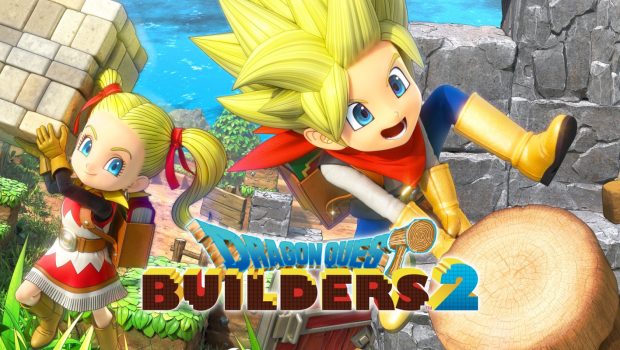 Summary: A wonderful whimsical game so well put together it is going to delight gamers of all ages.

A beautiful mashup of both Minecraft and Dragon Quest, DQB2 is a wonderful sequel to the well received first game of the series. A bigger world and more to do may seem daunting to some players, however Square Enix have made sure that this game has the direction and creativity included to appease everyone who gets their hands on this game. As odd as it may seem if you are new to the series, you are stranded on a world where building is forbidden, however as us gamers know forbidden things are the fun things to do in any game, and DQB2 makes sure this is a very fun experience. It feels a lot like Breath of the Wild in just how good looking the game is and the expanse that you can play within.

The idea is that you will need to explore the wilds, combatting beasties that get in the way, whilst bringing resources back to your civilisation that you are creating which in turn will attract others to you to live within your confines. This is by no means new to any game, but the way it is approached is genuine fun and does not take itself seriously. This game expands on the first and many of the areas will be familiar if you have played before, but to its credit, there is a greater depth in what you need to do including actually seeding plots and creating resources to feed your good people. Structures are fun to create and the soundtrack plays really well to what you are doing at any given time.

As progression is made through the game, eventually you will be able to assign tasks to your townsfolk to the point they can assist with building also. You also have a fun companion that follows you pointing out interesting building materials and items of interest. I liked that as it took away a bit the pointless scavenging a game like this sometimes throws at you. It made the game feel a lot smoother to play and faster too. It is a welcome addition that’s for sure. Another good feature is the ability to dash which gets you around a lot faster. It is actually fun and if you are inclined to zoom around looking for plentiful bounty, the game rewards you for this and gives you a number of side quests that will eventuate in items for you to use. The richness of the landscape rewards the inquisitive player with gorgeous vistas, loot and a real sense of achievement. The game just feels nice throughout without any real dark edge to it to put players off moving through the massive environments which await.

RPG elements abound through the title, allowing you to both level up your buildings, yourself and other items in the world. The level system enhances gameplay, doesn’t detract at all, making it fun to go the extra mile in order to get the best out of everything you do. As you progress this will be apparent with some of the harder characters you need to battle as well as in the boss fights you will ultimately find yourself in. Preparation is key for these encounters, and that my friends will see you through the game in style as you combine magic and combat to overcome obstacles that the title throws your way. Some of the combat however is easiest beaten by simply wailing into your foe old school, taking one for the team and licking your wounds afterward. Dodging attacks can be cumbersome at times, though saying that, it is rare that it becomes a bore. I think it is more a fact that the combat itself is not that clever or has twists to it. I do think this is in large due to the fact that the game has a 6+ rating, so the kid demographic who wants to get their Minecraft on can without becoming frustrated with a Sekiro serious combat game. It’s a balancing act that I think has been achieved really well.

With such an expansive land to explore divided into isles, a fantastic building component, and genuine feeling of warmth and accomplishment, Dragon Quest Builders 2 is utterly fun and adorable at the same time. Whether you play for a little or hours at a time, there is always something to do that will add to your gaming experience. This game is utterly charming to look at and plays like a really well tuned machine. I am pressed to fault it to be honest. It achieves everything it promises and then some. I had a good time with it and am sure you will as well regardless of your age.