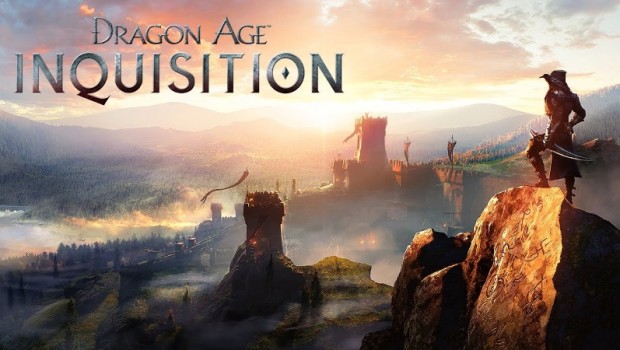 Summary: Dragon Age Inquisition is a must play RPG on the PS4 that successfully takes the best out of both previous games to create sword and sorcery perfection

Welcome back to the lands of Thedas, a world of magic and darkness which is once again on the brink of destruction thanks to a demonic portal known as the breach which threatens to override the mortal realm with demons. Thankfully for the denizens of this world, a hero has risen who seems to be inflicted by the same magic that powers the breach and when you successfully negate the portal for a short time, you must also solve the solution of how to permanently shut it down. However to compound the situation even further, a viscous civil war rages across the lands between the Mages and the Templars but fortunately you are joined by other heroes that include Cassandra, a Seeker of Truth and from there, your epic RPG journey begins as the Herald (aka the Inquisitor) to salvation. When Dragon Age II was released in 2011, it not only lost some fans but also gained new fans as both titles feature different gaming mechanics. The original was more akin to the classical RPG’s of yesteryear, whereas Dragon Age II focused more on the action which I was a fan of. However Dragon Age Inquisition is more similar to the previous game, however the developers have included a new feature called the Tactical View which allows you to play the game more like a traditional RPG. For example, this allows you to pause the battle in order to give each of your characters a fine-tuned role in the upcoming battle opposed to a real-time battle. The good thing about the Tactical View is that it is totally up to the player if they want to use this system as the game can still be played like the previous title. Then you have the world of Thedas itself which is considerably larger than the previous game with its developers splitting the world into manageable segments as you battle your way through enemies, meet NPC’s and engage in both the main storyline and a wide gamut of side-quests. It is a faux open-world game but the illusion works well and it definitely gives the player more freedom than the previous Dragon Age game which was quite linear. With that said, the developers boasts over 100 hours of gameplay if the player engages in all the side-quests of Dragon Age Inquisition. As characters play a key component of the game, the developers have once again allowed players to fine tune their character creation in order to create the perfect avatar for interacting with the NPC’s of Thedas.

This includes four playable races that are human, dwarf, elf and Qunari of both genders plus three main classes for warrior, rogue and mage. From there you can specialise your character’s classes in order to tailor your character. Once you have found your feet in the game, character progression is a flawless process and as you defeat enemies and quests, you are awarded experience that then allows your characters to level up and then specialise their skills and powers. Skill trees are more complex in Dragon Age Inquisition as are the abilities of your characters which makes the game quite engaging and a tad complex. Needless to say the progression tree is quite in-depth in Dragon Age Inquisitions that includes abilities, tactics, attributes and behaviours. Best of all, these categories can be fine-tuned in not just how you fight but also how you work as a team which really enhances the customisation of your group. Missions are quite diverse in Inquisition as you explore two parts of Thedas that include Orlais and Ferelden which are two very interesting and contrast areas. Although you have a main storyline which requires the player to reunite the lands, Dragon Age boasts a plethora of side quests and by talking to characters, you can find even more quests to embark on from rescuing people to bringing back warm clothing for the survivors of this civil war. Romances are once again included in the game and the decisions you make with each character you encounter will ultimately effects the overall story of Dragon Age Inquisition. Like the previous games, talking to characters is done via a conversation tree system which allows you to select the best response to a character. These choices do affect how the character will deal with you and it also assists in the romance aspect as well. Nonetheless the story of Inquisition is very well written and I really enjoyed claiming areas and then gathering allies in order to form an army to defeat this ancient evil behind the breach and perhaps the other atrocities within Thedas. In relation to the main missions, the War Table plays a key aspect of the game which allows you to monitor your overall progress and control your agents thanks to your spy network to gather more information that may also lead to additional quests. Other activities include closing smaller rifts and collecting items that can then be crafted by your characters. Crafting serves as a good distraction, especially are you’re required to either find or purchase the items which can sometimes be a chore. However crafting does allow you to improve your equipment and weapons.

Combat is another highlight of the game and I must admit that although the Tactical View is very handy when it comes to boss battles, I do prefer the real-time battle system as you control one character. Sure, you can swap to other characters via the d-pad but the AI does a decent job at controlling your characters, although you do need to prompt them to either use healing potions or magic at times. Your party is also made up of four characters and each of them have their own special abilities which can be launched from the face buttons which is needed when you face the big nasties in the game. So given that, Dragon Age Inquisition is a very immersive game that may not reach the same heights of the previous storyline but definitely has a more powerful gaming engine behind it that screams next-gen. The game also boasts a variety of weapons plus of course some really cool and useful spells which once again highlights that for a successful RPG adventure, you need a mixture of all character classes to survive. And then you have multiplayer. The multiplayer component of Dragon Age Inquisition allows the player to team up with three other gamers in order to explore the dungeons of Thedas which is actually quite fun and harkens back to a simpler time of RPG’s. Unlike the single-player component of the game, multiplayer does require a different layer of strategy as the enemies that you face can be quite relentless. Another cool part of Inquisition is that although this game is a standalone game and you don’t need any prior knowledge of the previous games, developers BioWare have included some really great cameos from the previous games which really cements the fact that this is the Dragon Age universe that we all love and cherish.

For a next-gen game, Dragon Age Inquisition looks amazing and from the first cinematics to be unleashed on the gamer to the beautiful and interactive world of Thedas, this is one good looking game. The level design feels quite real in Inquisition, opposed to Dragon Age II that did feel a little flat and once you leave the Hinterlands, you’ll experience even more enthralling destinations. Characters are well animated and there’s some stunning creature design that when matched to the Lord of the Rings inspired soundtrack creates this very lifelike universe. To compliment this, the voice acting is extremely professional and BioWare should be commended on the next instalment of the Dragon Age saga. Dragon Age: Inquisition definitely surpasses its predecessors in terms of its gaming mechanics that can be played by a variety of gamers of all levels. The third game in the series is easily one of the most polished RPG’s on any system that boasts an engaging story, wonderful characters and flawless combat with your different classes. However where this game does shine is with its beautifully created open-world universe that although has some limitations, still gives the player an unparalleled amount of freedom as they attempt to stop this ancient evil from destroying the societal structures of Thedas!