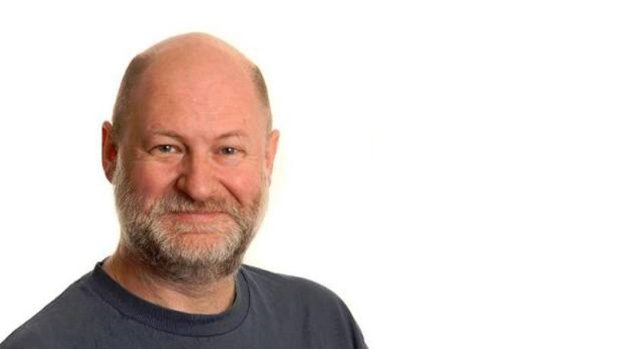 We catch-up with Dr David Kreps of Salford University about one of the themes of the 12th IFIP Human Choice and Computers (HCC12) Conference this week, in the UK. This conference will present the latest research and theories about how humans engage with robots, Artificial Intelligence (AI) and other forms of technology to explore issues of intimacy and sexuality.

1. What are you most looking forward to at 12th IFIP TC9 Human Choice and Computers (HCC12) Conference at MediaCityUK?

The two keynote presentations, by Charles Ess and Ghislaine Boddington, who both speak best to conference theme.

2. How do you think current technology has changed sexuality for modern people?

In a number of ways: (I) Social networking, from its early days, catered well to ‘niche’ and less ‘mainstream’ sexualities, such as the lesbian, gay, bisexual and transexual communities, offering ways of meeting up that were different from the more ‘traditional’ ‘gay bar’ scenario, which many people found difficult and unwelcoming. Being able to create a social media profile about oneself meant getting many of the initial difficulties out of the way at the outset, enabling a subsequent arrangement to meet someone whom, virtually at least, one already knew. After not very long, the heterosexual community cottoned onto these same advantages, and now there is a website and/or mobile app for every kind of sexuality and sexual interest, where like minded people can break the ice, and arrange a first ‘ n person’ meeting. (ii) There are also some downsides to this: because a social media profile is an exclusively visual medium, if one’s attractiveness to others to more in the tones of one’s voice, in the seductive body language of one’s demeanour, or the vivacity of one’s conversation, than in what are traditionally considered ‘good looks’, one can seem to be at a disadvantage in the world of sexual social networking. However, there are many niche interest websites that focus on clothing or preferred activities in the bedroom, so it is not all social media that focusses exclusively on one’s looks. 3. Do you think there are any drawbacks?

It is important, as we move into the world of computerised and mechanised sex toys, that we remember the unique value of eye contact, the unpredictability of human encounters. No amount of clever haptic interfaces will ever trump a lover’s touch, and we should be careful not to forget this!

4. Given the advancement of technology, when do you think sex robots will become a reality?

Crude ones already are – google them! They will, in the next 10years, become commonplace.

5. What about virtual reality, where does this technology feature on this theme?

I think ‘augmented’ reality, like the Pokemon Go phenomenon, may enter the scene in the not too distant future, enabling ‘virtual’ encounters with telepresent escorts. One is already able to pay to watch people on webcams. With augmented reality technology these people could be -virtually– in one’s one bedroom. 6. As a professional, why do you think Robotics ethicist, Kathleen Richardson is trying to ban sex robots?

I fear Kathleen has been watching too much science fiction: the kind of Artificial Intelligence that brings us characters like C3P0 and The Terminator are a very very long way off, and perhaps actually impossible with digital technology. (There may be some promise in quantum computing.) Kathleen, as I understand it, fears that those who make use of these high-tech sex toys will somehow come to treat other human beings in a way that is worsened by their experiences with the technology. It is a moralising, rather than an ethical stand to take, in my view, more reminiscent of homophobic and religious attitudes to a ‘correct’ form of sexuality versus ‘incorrect’ forms. Whilst there are of course legitimate concerns regarding the treatment of some women in the porn industry around the world, and the plight of sex workers in some countries, conflating these concerns with the development of high-tech sex toys is not helpful, for those for whom these toys will be fun and engaging, or for those women whom Kathleen is concerned about – as are we all.

7. Looking forward 100 years, how will sexuality and technology look?

The collapsing of distance is something that technology has achieved for us over the past 100 years – through trains, planes, cars, and most recently the Internet. The notion of ‘teledildonics’ where high-tech sex toys are directly manipulated by one partner, remotely, to create pleasure for their partner at a remote location, seems strange perhaps at present, but in a 100 years may be commonplace. As I said before, however, the subtle realities of human flesh are unlikely ever to be trumped by these toys, and perhaps one of the outcomes will be technology-free holiday spaces, where lovers can bask in a natural environment free from connectivity, machinery, and technology, and enjoy each other au naturelle, before returning to the cities where no doubt the vast majority of us will live and work. 8. Given the ease of access to pornography with some studies indicating this has impacted greatly on men and children, do you think sex robots will also hamper human to human relationships?

9. In the future, do you think intimacy can be formed with a robot and human?

10. What do you think the technological landscape will look like in 10 years in relation to sexuality?

The fluidity of sexuality amongst the up-coming generation is very interesting. Many seem to be post-gay, post-hetero; they are happy to sleep with people who turn them on in the moment, regardless of gender. The transgender community, too, is growing. I think that this fluidity of sexuality and gender will be reflected in our use of technology, and in the technologies that become popular and are most frequently made use of. But lovers will still ‘make out’ in the back of the car – albeit that the car may be self-driving and transporting the lovers to their programmed destination, at the time!