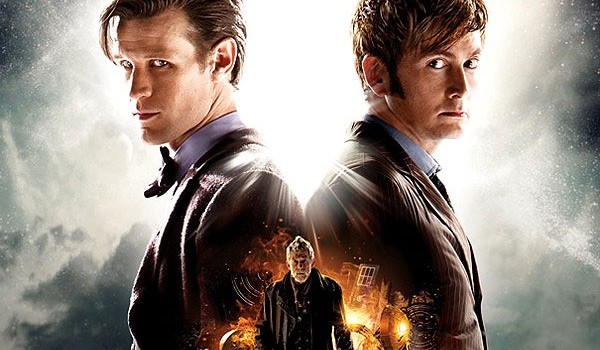 Doctor Who Day of the Doctor Blu-ray Review

Summary: At the end of the day, this is the best Doctor Who homage ever and I love the careful balance of drama, action and humour which is all part of the franchise

Day of the Doctor ticks every right box for what a Doctor Who fan could possible want and is the perfect compendium for the 50th anniversary of this amazing science fiction series. Growing up in the 80’s, I had my favourite Doctor but as I got older so did the franchise and here we are in 2013, the series continues and more importantly, the 50th anniversary successfully links the modern franchise to the original series.

With that said, I had two favourite Doctors, Tom Baker and Peter Davison, not to mention K-9, the Doctor’s enigmatic little dog which I actually made when I was a kid with some cardboard, aluminium foil and a remote control car… I was a bit of a geek but in the 21st century, geekdom is embraced as is our obsesssion with Doctor Who. Day of the Doctor has been described as a love-song to fans and after watching this on both TV and now on Blu-ray 3D, I wholeheartedly agree! Steven Moffat, writer of the Day of the Doctor is also a huge fan and I’m sure the original series helped him become the man he is today and from watching this 50th anniversary special, it’s easy to see how he’s been influenced. The story of Day of the Doctor revolves around “three” Doctors that include Matt Smith, David Tennant and John Hurt as the War Doctor. It also returns Queen Elizabeth the first (Joanna Page) who happens to be the Doctor’s wife plus companions Rose Tyler (Billie Piper) and Clara (Jenna Coleman who all share part of the puzzle that may very well return Gallifrey.

There’s also some great curve balls thrown into the story such as the Doctor making a difficult decision by destroying both the Daleks and Gallifrey in order to save the universe from this heinous menace. It also sees the return of the shape-shifting Zygons plus introduces a mysterious painting not from Earth that holds the key to the future. It’s classic Doctor Who with tons of twists, humour, action and some great acting by all the actors involved. It’s probably my favourite Doctor Who story ever! The use of 3D in this 50th anniversary story really creates something special, especially how they link the modern versions of the Doctor to the original franchise. It’s actually quite ingenious and almost brought a tear to my eye. Yes, all incarnations of the Doctor are part of this special, even Peter Capaldi.

The highlight is a certain actor at the end (he played a Doctor) who makes a brilliant cameo at the end of the story which nicely ties it all together. Even though I believe that Day of the Doctor is perfect, it would have been even better if Christopher Eccleston was involved and maybe a few other key actors but nonetheless, the chemistry between Smith and Tennant is brilliant and I would love to see more Doctors interacting with one another.

It makes perfect sense as they are time travellers! At the end of the day, this is the best Doctor Who homage ever and I love the careful balance of drama, action and humour which is all part of the franchise. It’s also great to see the Zygons again and the potential of Gallifrey returning to the new mythology. And if you’re one of those lucky people with a 3D TV and Blu-ray than this is definitely the version to purchase due to the 3D wow effects plus a couple of bonus features such as Doctor Who Explained, Behind the Scenes, Mini-Episodes and Trailers.