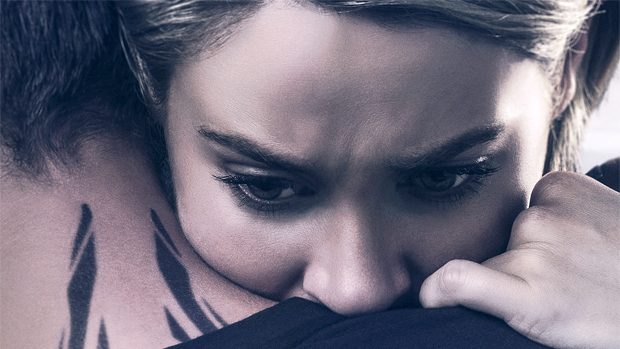 Summary: The Divergent Series: Allegiant is a warm-up before the final movie

Based on the novel by Veronica Roth, Allegiant is the third instalment of The Divergent Series and stars Shailene Woodley, Theo James, Jeff Bridges, Miles Teller, Ansel Elgort, Naomi Watts, Octavia Spencer, Zoe Kravitz and Maggie Q in this futuristic dystopian society. It’s also the third film in the franchise and is directed by Robert Schwentke. Although Allegiant was a hit and miss with some of the critics, the majority of fans enjoyed this next instalment of the series before it finishes in 2017 with the final film, Ascendant.

Given that, Allegiant is the weakest of the three films but still pays homage to original books by author Veronica Roth. Opposed to the first two films which revolved around world-building, the third film focuses more on the characters and the repercussions of the last film. So with Jeanine Matthews (Kate Winslet) now dead, one of the protagonists of the previous films who led the Erudite faction and the world of factions now at an end, it would seem that Chicago would be at peace. However, the brutality continues and Jeanine’s legacy seems to be carrying on in her absence. Divergents, Tris (Shailene Woodley) and her boyfriend, Four (Theo James), decide to escape this new Chicago by climbing the wall to see if the rest of the world can offer them solace. However, what is on the other side of the wall is not the peaceful world they were expecting, nor that it is pretending to be. It’s an interesting premise of what they discover, not to mention it tests their relationship.

The Divergent series (both the books and movies) draw much of their inspiration from other teen fiction film adaptations. Thanks to the Harry Potter series, where the final book was split into two movies, both The Hunger Games and the Divergent series have attempted to do the same based on its success. One can understand why this would be a profitable venture for production and distribution companies when the series already has a massive fan base or the previous films have been extremely successful. Of course, the final book in a series does often have the most incident, so having it split across two films also solves the problem of compressing as much information as possible into an appropriate running time. This is probably one of the main reasons why the film didn’t resonate with the critics because it does feel slightly removed from the other two films.

Nonetheless, Allegiant feels like the calm before the storm and never having read the books, I’m guessing that the final film in the series will kick back into high gear as we see the final acts of Tris and Four play out in spectacular fashion. In terms of acting, the standout actors are Shailene Woodley as Tris and Naomi Watts as Four’s mother, Evelyn who both play two powerful women and really add to the mythology of this series. Theo James also works well as Four. On Blu-ray, Allegiant is a good looking film with some exceptional visuals that successfully captures the dystopian atmosphere of this series. Add in the exceptional audio quality and this current chapter of The Divergent Series definitely screams Hollywood blockbuster. For special features, this really is jam packed and is definitely aimed at the fanboy or fangirl;

Although Allegiant is not the best film in the series, it still progresses the story by exploring the characters and when things do slow down, the action ramps up which has quite a few memorable scenes. All in all, Allegiant is one for the fans and if you have never seen the first two films, you might want to check them out before taking on this current instalment.