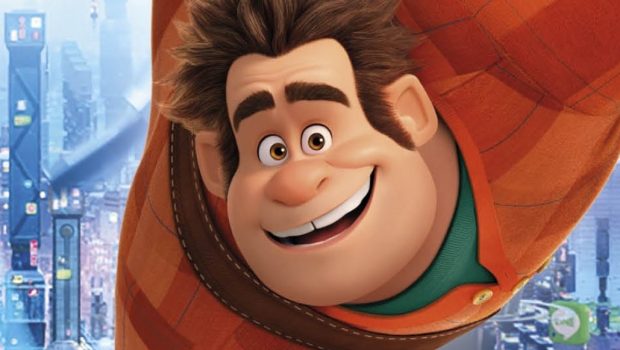 Summary: Disney Ralph Breaks the Internet The Official Guide Book is definitely a read for younger fans that is well-presented by DK and is a true celebration of this blockbuster film!

The Boxing Day blockbuster Ralph Breaks the Internet (aka Wreck-it Ralph 2) is finally in cinemas and DK have released the perfect compendium for it with their official guide. Entitled Disney Ralph Break the Internet The Official Guide, this well-presented hardcover book at almost 90-pages in length is brimming with images from the film, including fun facts about this animated story. This book is also is written by Matt Jones who does a great job at capturing the essence from the movie itself, including its witty text. Given the content in the book which is short and to the point, it is aimed at younger readers and commences with an introduction of the main characters from this series that include Wreck-It Ralph and Vanellope von Schweetz who are not your average video game characters as their new mission is to save Sugar Rush by venturing into the internet.

From there, the book goes into the characters from the film, including key locations and moments, however the highlight are the bios on the characters such as Ralph and of course his side-kick Vanellope who is now an official Disney Princess. Speaking of Disney Princesses, all of them make an appearance in the film who are called ‘The Comfy Squad’ that includes fan-favourites such as Ariel, Pocahontas and the legendary Snow White.

So did you know that Jasmine lets her pet tiger Rajah into the Green Room and that the other Princesses are not scared or that Moana enjoys drinking fresh coconut water? Fun stuff and the section on Disney Princesses boasts some awesome images. Furthermore, all the new characters such as Yesss and JP Spamley are mentioned in the book, including fun facts. As the book follows the film quite well, there’s definitely spoiler and should be read after the film in order to enjoy its content. One spoiler alert is that in the movie, Ralph and Vanellope need to make some money on (well.. in) the Internet as they create one of our hulking hero having his face being blown by a leaf blower courtesy of Yesss.

There’s even a section on the biggest Disney “fan” site called ohmydisney.com that like the character bios boasts facts and stunning imagery from the movie itself. So while this film blurs with that of the real-world, such as an area on the biggest marketplace in the world, eBay which causes a bidding frenzy between Ralph and Vanellope, it’s these little aspects that makes the film such a fun watch and now the guide. Add in the villains and an amusing section called which Internet character are you (apparently I’m Yesss) and Disney Ralph Break the Internet The Official Guide is a fun guide about this blockbuster film. All in all, Disney Ralph Break the Internet The Official Guide is a well-written book that truly captures the best elements of the film and brings it to life in written form.