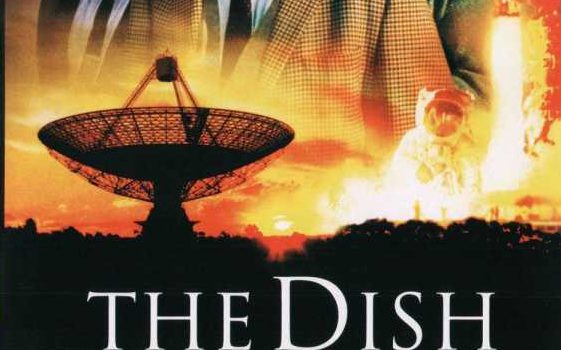 Summary: Australia's contribution to the Space Race told as only Australian's could tell it.

It would be hard to be Australian and not know of Working Dog, the team comprised of the core members of the, dare I say it, legendary D-Generation. The team have gone from their sketch comedy days to film production and more recently mostly TV work. But they have made their impact in each form of entertainment they have had a crack at. Whilst some would say The Castle is their crowning glory, personally I think that has dated somewhat. For me The Dish is their best film… it stands above the rest! The brief story behind it is that Australia actually played a major role in the telecast of Mankind’s first steps on the moon. Due to where the signal was going to be received at set times during the mission, Australia was in the prime receiving position for that signal and it just so happened we were in the position to receive the signal when Neil Armstrong first set foot on the moon. Our job was to receive the broadcast and then send it on to NASA who would then relay it from their to everywhere else (essentially). But it wasn’t quite that easy… as The Dish shows, the weather was not entirely on our side. There are few moments in history (at least modern history) that have been so pivotal to humankind as that first step on the moon… or even the space race in general. Whilst it is easy to think of it as America setting down on the moon and giving them all the glory… the truth is it really was an international effort and one that helped to bring the world together. The Dish breaks that down into just our small town of Parkes (home of The Dish) and how it brought that community together and really put it on the world map. There is no question that this film is a strong ensemble piece and it’s possibly more my personal bias but I feel as though Sam Neil as Cliff Buxton holds the thing together in more ways than one. As the head of local team he is tasked with making sure the operation goes off without a hitch… to do so means playing a father figure to his work mates and helping keep the mood calm. But as they say behind every great man is an even greater woman and that could be said here also by way of quotes Cliff has from his late wife. I would be remiss not to mention Kevin Harrington as Ross “Mitch” Mitchell who really does have some show stealing lines and scenes. Throwing Australianisms at the NASA man Al Burnett (played by Patrick Warburton) sent to help make sure everything goes smoothly results in quite a few giggles.

As for the quality of the disc… it’s decent, but there are some scenes that who I suspect the limitations of the filming medium of the day rather than anything else. Certain images do come across as a bit overly grainy and scratchy whilst others are quite fine. There is also a great example of how different the Australian independent film industry is in terms of production of extra features. Though it may well be simply a result of the era it was created, the extra featurette suffers from full frame, presumably filmed on a home video camera quality images… but it does get the points across very well and is very interesting. I was a little disappointed that there weren’t more extras as I believe a DVD release some years ago came with archival footage and a number of other bonus features. I would have loved those extra features… but The Dish is always going to be a good addition to your collection either way.