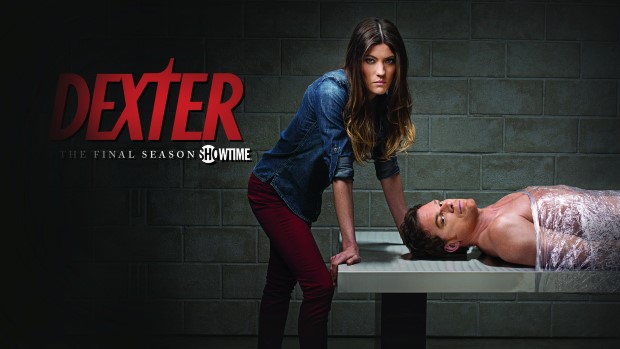 Summary: The writing is weaker than usual in certain areas and some pretty major plot holes cramp the show’s style a bit, but overall Dexter: The Final Season is worth your time if you’re a fan, if only to see Dexter Morgan’s tale out to the end... I just wish it didn’t feel like a season in the middle of the show’s run.

Ending a much loved television show is an unenviable process that almost invariably alienates some portion of the fanbase; offhand I can think of only one show in recent memory that has managed to bring about a satisfying conclusion that appeased both critics and fans alike (The masterful Breaking Bad finale), whilst conversely many long running series’ have felt the wrath of their fans rancour despite the excellence of what had come before: The Sopranos, Seinfeld, Lost… The list goes on. Dexter’s finale fell victim to this same trap, being derided by fans as an unfitting resolution that lacked any real sense of retribution or ramifications for the world’s most lovable anti-hero; after the return to form that was season 7, many fans highly anticipated the final part of the writers much touted two season arc and instead found themselves confronted by a season that harkened back to the middling efforts of seasons 5 and 6, with the events of the explosive finale of the previous season quickly cast aside in order to focus on a rather lacklustre Big Bad, an awkwardly shoehorned retcon concerning the origins of “The Code” and the relationships between Dexter and his sister Deb and that of returning love interest Hannah. Dexter’s final season picks up six months after the death of La Guerta, with Deb (Jennifer Carpenter) estranged from Dexter and Miami Metro, desperately trying to numb the painful memories of that  New Year’s Eve in the shipping container by drinking heavily, dabbling in hard drugs and taking on jobs for a private investigation agency owned by Elway (Sean Patrick Flannery), an old friend.

Dexter is trying his hardest to reconcile with his sister but finds that she may have been irrevocably scarred by his influence over her life, preferring to wallow in her guilt alone and reject any attempt he makes to reconnect. Meanwhile Miami has a new serial killer to contend with: The Brain Surgeon, a methodical killer whose calling card consists of removing the back of the skull of his victims and extracting the portion of their brain that’s responsible for empathy. Offering assistance in catching this new threat is Pyschopathologist Dr. Evelyn Vogel (Charlotte Rampling), who is quickly shown to have an ulterior motive: She knows all there is to know about Dexter, having helped create the code he abides by with his adoptive father Harry, and she now needs his help in ensuring the The Brain Surgeon doesn’t come after her next. This season also sees the return of Hannah McKay (Yvonne Strahovski), Dexter’s murderous love interest from season 7 and now a fugitive, the introduction of a potential protégé for Dexter and the exploration of the consequences that occur when someone like Dexter tries to straddle the line between normality and his darker compulsions and whether or not someone like him can not only actually feel honest emotions but also whether they deserve to.

This season comes running out of the gate and quickly pulls you in, although the sidestepping of the potential fallout caused by La Guerta’s death is a bone of contention. Unfortunately the show begins to introduce too many ideas and quickly loses its way by about the fifth episode in. It’s not that the myriad of plotlines are bad per se, indeed if handled correctly many facets could’ve provided some interesting avenues for the show to explore, but it soon becomes a case of too many cooks spoiling the broth, with the show suffering due to lacking any form of cohesion.

All too often interesting plot developments like Deb’s resentment of Dexter are pushed aside to accommodate meaningless filler (Masuka’s daughter and Quinn’s pursuit of a promotion to sergeant come instantly to mind) and the middle episodes in particular fail to spur on the anticipation for the endgame that should come naturally considering that this is the season that wraps everything up. The problem is mainly the meandering style of the writing, with the shock ending of each episode amounting to nothing of consequence for the most part; it’s a tired structural format and this season, if any, should have broken from tradition and offered us something new rather than a rather unsatisfying by rote hunt for the Big Bad. The final few episodes rise back up to the quality of the opening episodes but, due to the middle section, come off as feeling a bit rushed as the show ramps up to its ending. Presented with remarkable clarity, the disc transfer is absolutely stunning. The vivid colours representative of the bright and sweltering city of Miami light up the screen and fine details like skin texture are as lifelike as technically possible. There’s no banding or aliasing and, aside from some grain appearing in overly dark scenes, there’s no evidence of digital noise affecting the image.

The sound design is as immaculate as the visual side of things, with a lossless Dolby 5.1 track that’s as clean and crisp as you could hope for. Environmental aesthetic is complemented by masterful mixing and the music is hauntingly effective and presented by a robust transfer that is, quite simply, one of the most flawless efforts I’ve had the pleasure to experience. Dexter: The Final season has a few brief featurettes that explore the details of “The Code” and its evolution over the tenure of the show, Michael C. Hall’s experiences making his directorial debut on the show, the progression of Debra’s character arc from season 1 to the final season and a similar look into the changes in Dexter’s personality and priorities as he struggles to maintain his mask throughout the show. Overall the extras are a little underwhelming, basically amounting to snippets of cast interviews and a selection of clips from each season, which is disappointing considering this release would have really benefitted from an in depth retrospective or something similar to mark the passing of the show. This season is bookended by some decent episodes but, as the season that serves as a send off to the show, ultimately Dexter: The Final Season fails to resonate. Too much time is afforded to filler and the writers ultimately play it safe to a point where, aside from the ending, this season is interchangeable with any other, with none of the sensation of momentum that should mark a season such as this. We, the viewers, should feel as if we’re hurtling towards the end but, when all is said and done, it’s more like we’re limping over the finish line. This is a true shame as I’m a massive fan of the show and was really expecting more after the excellent seventh season. It’s not that this season is terrible by any means, only that it isn’t befitting of a final season; there was such a rich vein of ideas to mine following the events of the previous season and anticipation was high but, unfortunately, there’s so much wasted potential that I couldn’t help but feel somewhat disappointed.

As for that ending… Well, make of it what you will. I certainly didn’t hate it as much as it seems the rest of the internet did, although I personally didn’t care for the coda, but I’d be lying if I said it wasn’t a little underwhelming, despite offering up a definitive conclusion. I actually liked quite a few aspects of this season, such as Vogel’s initial appearances and Dexter struggling with the dichotomy of being a monster who is starting to feel the pain and burden of being an actual person – A brother, a father, a Lover. The writing is weaker than usual in certain areas and some pretty major plot holes cramp the show’s style a bit, but overall Dexter: The Final Season is worth your time if you’re a fan, if only to see Dexter Morgan’s tale out to the end… I just wish it didn’t feel like a season in the middle of the show’s run.