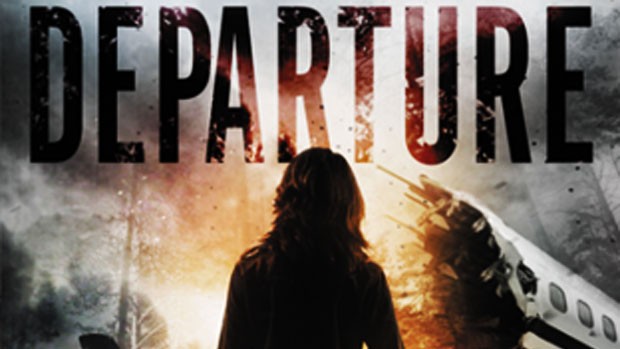 Summary: Departure is an entertaining sci-fi thriller with a time paradox that creates a true mystery for the five strangers involved, including the reader!

A.G. Riddle’s latest book DEPARTURE successfully links elements of science fiction with the thriller genre that definitely has some parallels to the popular TV series Lost. However unlike Lost, DEPATURE is thankfully a relatively self-contained story and makes considerable more sense that revolves around a group of strangers on board doomed Flight 305 who are on their way from New York to London.

Unfortunately their plane crashes in London and five of the survivors may hold the very fate of humanity in their hands as the reader is taken on a roller coaster journey that is filled with intrigue, action, drama and quite a few twists and turns which will really make you think, especially with the time paradox and science fiction themes.

The five protagonists of the series includes businessman Nick Stone, ghost-writer Harper Lane (who are the main characters), genetic researcher Sabrina Schröder, computer scientist Yul Tan and the son of a billionaire philanthropist, Grayson Shaw. Sure, some of the characters are a little clichéd such as Grayson Shaw who plays this spoilt rich boy to Yul Tan, the computer junkie and expert but they definitely don’t far away from the sci-fi archetypes that you would expect to find in a story such as a Departure.

With that said, Harper Lane is my favourite character who has her own inner turmoil that makes her a very interesting and likeable character. Even so, most of the characters have something about them that will draw you into their tale, especially when the normal becomes the paranormal in a sci-fi type of way.

However without spoiling the story as Departure will soon become a motion picture, I enjoyed the colourful character and strange twists and turns of the storytelling. Sure, it raised quite a few questions but thankfully as a reader, I was given enough answers to be entertained. It’s also a well written book that given my limited time, allowed me to finish Departure in just over 2-days because I really wanted to know the outcome.

So kudos for A.G. Riddle who has this amazing knack to keep you glued to the pages as you try to solve the conspiracy of Flight 305 following the adventures of Harper, Nick and co who discover that their future may be irrevocably changed forever thanks this strange coincide of five strangers meeting on this doomed flight.