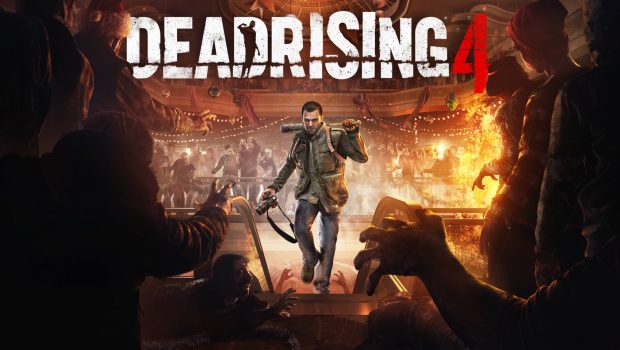 Zombies seem to be everywhere these days…. don’t let that scare you, obviously not really (though if you go to some pop culture expos and similar you may come across “live action” zombies). To be honest… for the most part I’m a bit over the whole Zombie craze… we get it, their dead but they still walk the earth and they want to eat our brains. Obviously we have popular television shows like The Walking Dead and big movie and game franchises such as Resident Evil still carrying the flame. That later one though is probably the most similar to Dead Rising. You could think of Dead Rising as being the sort of comedy remake they would do as a reboot to the Resident Evil series in say a decade or so from now… kind of the way they are rebooting all sorts of tv series now but making them comedies… I should also note here… I am aware there is actually a Dead Rising movie already… I haven’t seen it but I hope it’s good and has the same humour as the game. But I’m getting ahead… or beside… or off track here. Dead Rising 4 takes place 16 years after the events of the first game and basically sees Frank West (that would be you)… tricked into returning to Willamette, the epicenter of the original outbreak, with the promise of mini golf. It doesn’t take long for all hell to break lose when Frank and one of his students look into some suspicious activity. Naturally this is just the start as Frank finds himself drawn back into what could be the biggest story of his career. I should go back to what I said earlier about being over the whole Zombie craze… I’ve played a few Zombie games… Sniper Elite Nazi Zombie Army and the like and the main problem is they take themselves so seriously and everything is very gloomy and oppressive. Dead Rising is basically the exact opposite of that. Perhaps the best example is in regards to Frank’s whole reason for living (if I can hyperbolize a little here), his camera. Your student has done you a favour and upgraded your camera’s functionality somewhat so you have three modes to shoot with which will help in uncovering evidence and clues… but the thing that throws this whole genre on it’s head… is the selfie mode. Not only can you take snaps of the hundreds of Zombies plodding towards you… you can stick your head in the picture and take selfies with them, including the ability to pull different faces with those selfies. But it’s not just the narcissistic nature of Frank… it’s his ability to use just about anything he can pick up as a weapon and if that isn’t good enough he can slap a couple of different things together and make something else. Don’t want to use a conventional machine gun? How about a gun that fires a fish? Don’t like the idea of riding a boring golf buggy? How about an odd contraption you can ride that swings golf clubs in spinning wheels of death and smacks golf balls into the hordes? There is a story here and it is interesting… you can get the sense that Frank has a heart despite his bravado… but the fun is in the over the top ludicrousness of the whole experience. Grab your favourite Capcom branded outfit… suit up and get ready to shed some Zombie flesh. This serves as a much need giggle in the midst of so many dire Zombie themed games and is worth it just for the flexibility of how you play… well worth adding to your collection if you like your action with a bit of a smirk.