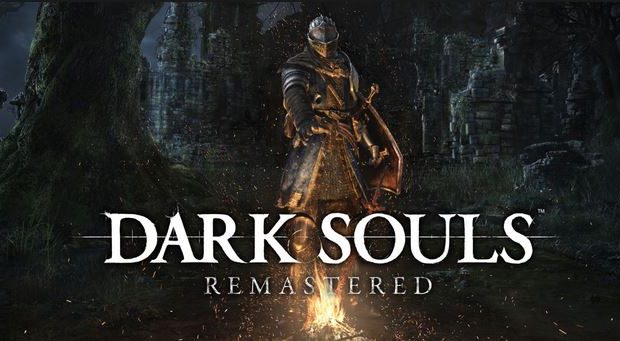 Summary: Dark Souls Remastered on the Switch is yet another fantastic way to enjoy what is possibly of the best and most rewarding experiences in gaming

After a rather long wait the Dark Soul Series has been released on the Nintendo switch in a remastered form. This version of the trilogy still involves the mind-numbing gameplay apparent in each of the three instalments in the Dark Souls series. Despite some obvious performance issues and lower graphical quality, the Switch is still able to deliver the same enthralling game experience as all of these games did when they were originally released. The Dark Souls series is unquestionably one of the most uncompromising video game franchises ever made. Its unflinching challenge can punish even the most veteran of video gamer again and again as they battle their way through the mystical land of Lordran. This cruel natured series however can also be one of the most satisfying and adrenaline fuelled gaming experiences as well. And once Dark Souls takes a hold of you they can also become some of the most rewarding games in recent memory.

All of this still holds true in the newly released Nintendo switch version of the series as well. In order to get the minor criticisms out of the way let’s mention them first. The most obvious downgrade with the Switch port is its tendency to underperform in certain areas of the game such as the infamous Blighttown. During times like this the game sometimes experiences framerate issues which makes these already immensely challenging periods of the game even harder. Another minor issue is the slight drop in graphical quality on the Switch version as compared to its PS4 and XBOX One counterparts. The Switch version of Dark souls supports 1080p docked mode and 720p when being used in handheld mode at 30fps as opposed to the 4K, 60fps visuals possible on other consoles. Also, the Switch version does not include all of the texture improvement on other consoles, although this detail is rather hard to notice and doesn’t detract from one’s enjoyment of the game. There also appears to be no way to reduce the size of the large HUD on the Switch version of Dark Souls, which can become a bit of a pain especially in handheld mode when it is taking up so much of the screen. There can also be difficulties with adjusting the brightness of the game, notably when switching from both handheld to TV mode and vice-versa.

Despite these issues, Dark Souls Remastered on the Switch still remains to be a thrilling gameplay experience and an overall improvement on the original release of the games. Dark Souls looks good in Tv mode; however, the handheld version of Dark Souls stands out in its own right by being not only great to look at but extremely playable and enjoyable in a portable form. This comes as a surprise as the thought of playing a game such as Dark Souls did seem strange when announced, however it probably the best this to come out of the Switch version of the game. There is no major change to the main experience of Dark Souls apart from the inclusion of the fantastic Artorias of the Abyss expansion. There are a few minor improvements to and remnants to some issues from the original games. These include being able to consume multiple items at a single time making certain aspects of gameplay such as purchasing items with souls much less arduous. Also, the game now allows the player to switch covenant at bonfires rather than taking up time to visit the leaders.