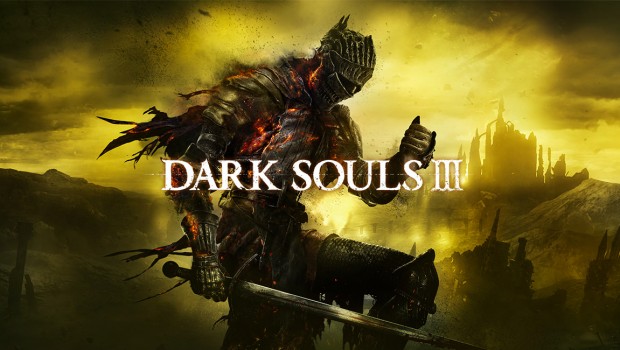 Summary: The rewarding sensation of finally felling that painfully difficult boss or clearing that area after numerous tries is still there and remains Dark Souls’ biggest draw.

Unlike apparently a lot of ‘Souls’ fans, I actually quite enjoyed Dark Souls II; sure, it wasn’t as cohesive in level design as its predecessor and the boss battles lacked that awe-inspiring sense of scope that made the franchise the stuff of legend, but I personally felt that the game mechanics and PvP elements were generally miles above that of the original Dark Souls. Despite initially garnering positive reviews there has been a bit of a backlash against the second game due to the absence of the steady, guiding hand of Hidetaka Miyazaki, who handed over the reins to Tomohiro Shibuya and Yui Tanimura in order to focus on Playstation exclusive Bloodborne.

Now, I thoroughly enjoyed the second title, even more so the remastered ‘Scholar of the First Sin’ version, but even I have to admit that, as solid a game that it is, it is definitely the lesser of all of the ‘Soulsborne’ games, lacking the interconnectedness and Miyazaki special sauce that elevates these games above their contemporaries. So it was with great expectations that I entered Dark Souls III; having already participated in the Network Stress test late last year, I’d had a small taste of what was to come and after the sublime Bloodborne I was keen to see if Miyazaki managed to reach those lofty heights of game design once again.

Upon booting up the game, the first thing I noticed was the seemingly lower difficulty of the first few areas. Unlike previous games where you’re dropped into the deep end and left to your own devices, Dark Souls III is initially a lot more accessible to newcomers, slowly introducing the basic controls and techniques that will carry you through these cursed lands. Of course, part of this could be attributed to this being my fourth foray into the ‘Soulsborne’ series and, as long time Sunbros say, “Your first is always your hardest”, but it genuinely feels to me that Fromsoft, aware that the series has grown from a niche title to a mainstream phenomenon, is making an effort to accommodate newcomers.

This isn’t a bad thing, of course, as the more people who enjoy these games the better and the esoteric abstruseness of the series can be a bit deterring initially, but just know that if this isn’t your first rodeo you’ll absolutely fly though the first few areas and boss encounters. Another way the game eases you into things is by funnelling you through the opening environments on kind of a linear path, making navigation less of a concern than in later stages where the map becomes a sprawling mess of intricately designed shortcuts and wide open expanses teeming with hostile creatures.

Rest assured though, after you’ve worked your way through the first few areas the difficulty ramps up satisfactorily and you’re soon faced with the same sadistic and brutal encounters that have become a hallmark of the series. As with all games of this ilk, the story is intentionally vague unless you make a concerted effort to dig into the lore by poring over item descriptions and environmental clues. The basic premise sees players take control of an Unkindled dubbed the ‘Ashen One’ who must embark upon an epic journey through the Kingdom of Lothric to ‘link the fire’ and kill the four fallen Lords of Cinder who have abandoned their posts and condemned the world to an encroaching darkness.

Of course, there’s much more to it than that simple synopsis and fans will revel in uncovering the secrets of this world and discovering the lore and history behind the events that led up to your journey; unlike Dark Souls II, there’s quite a few direct connections with the first game, including remixed familiar locations and lore expansion and, overall, Dark Souls III feels like a logical progression for the series rather than the narrative outlier that was the second game. The combat is as refined and precise as fans have come to expect and, taking a few cues from Bloodborne, allows for much faster based playing styles dependent on evasion rather than shield defence.

Of course you can still turtle behind your shield and circle your opponent waiting for an opening or invest heavily in ranged and magic projectile based builds… The one thing that Dark Souls III has over Bloodborne is the flexibility of character builds (Although The Old Hunters DLC did make Bloodtinge and Arcane builds a more viable option). Your arsenal now comes imbued with special abilities dubbed “Weapon Arts” that allow you to perform a move unique to the currently equipped weapon that will consume a small amount of FP. These can range from a Warcry that temporarily stuns your enemies to a shield boost that will break a blocking enemy’s defence. The basic elements of the game remain – Use Estus flasks to regain health and Magic Points (FP), Embers boost health and allow for summoning, as well as invasions, much like the Hollow/ Human Effigy system of the previous game. You can upgrade both your Estus flask and Bonfire through collecting Estus Shards and Undead Bone Shards respectively, which in turn boosts the amount of flasks you can carry and their effectiveness.

As much as I absolutely adore FromSoft’s work, I have to express disappointment at a few bugs and other assorted issues that I encountered during my 40+ hours with Dark Souls III. These complaints may be rectified with the upcoming release day patch but, the sad truth is, they impacted my playthrough in a negative way and, as such, should be acknowledged. First and foremost was a NPC questline breaking bug that, despite reaching the requirements necessary, ensured that I couldn’t progress due to the character not appearing where they’re supposed to. Another time an NPC just disappeared from Firelink Shrine never to be seen again, making it impossible for me to give him a Pale Tongue and unlock another quest. I encountered similar issues during my NG++ playthrough of Bloodborne, where Eileen the Crow wouldn’t ever spawn, so it’s a bit deflating to see that the same issues can (Admittedly occasionally) still affect these games.

Online functionality can be a little hit-and-miss, where I could spend up to an hour attempting to summon or invade only for it to fail over and over again, but other times I’ve had absolutely no problems with it, so I can only assume these intermittent connection issues will be ironed out in the near future as they’re already relatively minor. For the most part Dark Souls III is visually impressive, however upon closer inspection players will notice an abundance of muddy textures and reduced level of detail in what appears to be a step backwards, graphically, from what was on display in the Network Stress demo. Thankfully the impeccable art design and aesthetic mitigate this issue somewhat but it’s definitely noticeable and can be quite jarring at times. Beyond that, however, the environments, enemies and particularly the bosses, are quite stunning and beautiful to look at, in their own twisted way.

There were a few instances of slowdown, most notably during the Pontiff Sulyvan battle, but nothing serious enough to bring back the traumatic memories of that bastard Blighttown.

The soundtrack is solid, if not quite as memorable as the first Dark Souls, and the ambient and environmental effects are as unnerving as ever; you really notice the terrific sound mastering job when playing with a decent set of headphones, with accurate directionality serving to really immerse you into the world of Dark Souls III. Despite catering to a slightly wider audience than previous entries, the fact remains that if you didn’t really enjoy the Soulsborne games before then Dark Souls III won’t go any way towards changing your mind, as most of the barriers of entry still remain – Vague storyline, esoteric puzzle solutions, high difficulty and an overall lack of direction.

If you’re a fan or are willing to work through the difficult experience of your first Souls game then Dark Souls III is, for my money, the best iteration out there, with the possible exception of Bloodborne.

It’s easily my favourite Dark Souls game so far, with Miyazaki once again finding that perfect balance between brutally challenging and rewarding gameplay and tying together the lore and history of the series into a cohesive whole. I’ve barely scratched the surface on the impressive depth of the lore and the overall mastery of level and boss design that is on display here. Some of the bosses may be a bit of a letdown to more experienced players but, for every three you’ll cleave in twain with nary any resistance, there’ll always be another one just around the corner who’ll cut you back down to size and make you work for that victory.

With a wealth of hidden areas and optional sidequests to keep players coming back for more, there’s so much more I feel that I could say about Dark Souls III but, honestly? I’d rather go back and give New Game Plus a go.

Just know that the rewarding sensation of finally felling that painfully difficult boss or clearing that area after numerous tries is still there and remains Dark Souls’ biggest draw.

Now if you’ll excuse me, I’ve got to return to Lothric and git gud. My fellow unkindled are depending on me.