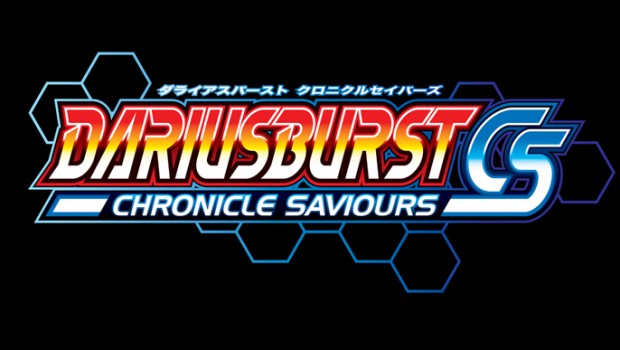 Summary: Shows traditional challenges found common in retro shoot ‘em up side scrolling games are still a blast to play.

Get ready to shoot, dodge, and play cooperatively with three of your best buds, because Darius Burst: Chronicle Saviors is here! This side-scrolling shooter was released on December 3rd, 2015 for the PlayStation 4, PC, and Steam as well as a release on the PlayStation Vita. It is an enhanced remake of Darius Burst, which was a Japan exclusive released for the PlayStation Portable in 2009, Savior Chronicle is the latest installment in the Darius series, which made it’s debut into the gaming world in 1987, and as been known for it’s large, wide-screen, epic gigantic monster battleships and the branching paths in it’s levels.

Although this gaming franchise is somewhat successful, this franchise has not seen a lot of releases on the western side on the world, thus making Darius Burst Chronicle Saviours one of the small few games seeing a release in North America.

Visually the game looks great for a side-scroller, and is one of the best graphically impressive games in the franchises, the and models, and designs received some fine tuning since it’s originally release and gamers can enjoy the beautiful mahogany of exploring the level. Chronicle Savior offers so many modes, and challenges for players to engage in that this game will surely keep you busy for weeks and have you coming back for more. Players can select either arcade mode or the new mode, “CS” which was not found in the original version of this game. Arcade mode is divided into sub additional modes, which offer campaign features. Chronicle Mode consists of various challenges for gamers to complete and is a fun challenge with so much value to test your shooting skills, players can choose from 9 playable ships, each with various abilities and features that are all unique and somewhat equal in power and you can choose which one you want based on your gameplay preference.

Gameplay is wonderful, it provides players with the traditional side-scroller which many side scrolling shoot ‘em ups provide a fair challenge for those who dare to play, while also offering crisp the controls to move the ship are sharp and the simple button mechanics increase the appeal for any type of gamer to play, you can also switch your ship front and back to get any enemies shooting you from behind. The multiplayer feature in the game is impressive, other up to three additional players to join you in your epic adventure, the more you continue to play the game, your stats will increase in either firepower, strength, or ammunition or defensive stats. The replay value in this game is just stunning, one of the biggest in terms of unlockable stages, there are a total of 3,000 available stages to players to unlock, along with the many different branches; allowing players to have the leisure of choosing their own path; increasing replay value.

Chronicle Saviors also offers cross saving, which allows PS Vita or PS4 owners to share their progress between both gaming consoles, along with their trophies and leaderboards. Although the PlayStation 4 has the best extras, as owners of this home consoles are able to play four-player local co-op, and a digital art-book found in the PS4 disk, Darius Odyssey. While the controls, graphics, and new features are a fresh new outlook for the franchise, sadly it’s not enough substance to please any gamer, and only retro fanatics, Darius enthusiast or shoot ‘em up fanatics, though if you are not too hard to please, this is a game worth picking up to play, and the fact you can only play locally with three other players, as well as the fact the game plays widely with a 32:9 aspect ratio in arcade mode, so make sure you are playing this game on a large screen otherwise you won’t get the most out of your experience.

Overall Darius Burst: Chronicle Saviors is a fantastic game and is a must-owned for any gamers with a PS4, PS Vita, or a PC gamer, the replay value is one of the best in the shoot ‘em up genre, the graphics are fine tuned, and this game offers so much leisure for gamers to play they’re own way, if you enjoy classic retro shoot ‘em ups then this is a game you must add to your library.