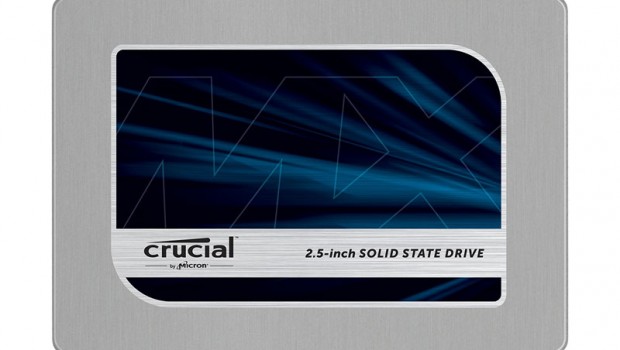 Summary: The MX200 is a great SSD from Crucial which really give the higher end units a run for their money!

In essence, the MX200 SSD from Crucial is a very affordable and fast drive from this company which boasts sequential reads and writes of up to 555MB/s and 500MB/s with random reads and writes of up to 110k and 87k IOPS on all file types. The drive also comes in three large sizes that include 250GB (Reviewed), 500GB and 1TB. Although it’s not the fastest SSD on the market, it still gives the higher end drives a run for their money in terms of performance, features and additional bonuses to the user.

The MX200 also comes with a 7mm to 9.5mm spacer plus Acronis True Image HD to easily move your data from one drive to another. On the side, Crucial also offer a Solid State Drive Install Kit which basically allows you to mount it to other configurations that include a 2.5 to 3.5 inch adapter bracket and more importantly, USB to SATA. With that said, Crucial once again ensure that the user has everything they need to install the MX200 so kudos to this company! Also, thanks to the SATA III 6Gbps interface, eight-channel Marvell 88SS9189 controller with Micron’s own 16-nm NAND for performance plus its RAIN technology, the MX200 not only gives the user performance but also a peace of mind when it comes to the reliability of the data. This means that through both technology and its software, it helps the user retain data integrity.

Add in AES 256-bit encryption, Adaptive Thermal Protection and Power Loss Protection and this makes the MX200 a very sturdy SSD for all your data needs that is matched with a 3-year warranty from Crucial. The drive even supports Microsoft’s edrive. Even though it is a 3-year warranty, it will probably outlast your current PC rig unless you run it every day and transfer massive amounts of data.

Before installing this drive into our test system, the first thing I noticed was its ultra lightweight design with its 2.5 inch internal SSD form factor design. It’s quite a small and very light drive which is a star of most SSD units and the MX200 is no exception to this rule.

The MX200 also boasts a life span of up to 1.5 million hours with an endurance factor equal to 87GB per day for 5 years. It even boasts Adaptive Thermal Protection to prevent overheating issues and moves data to different layers on the drive in order to protect your data better. So should a catastrophic event happen, Crucial try to ensure that some if not all your data can be saved. Listen folks… benchmarking is subjective and is dependent on a variety of factors from what hardware is inside your PC, what operating system you are running and a variety of other external factors like tweaking benchmark results. Given that, we tested a variety of benchmarking programs with the MX200 that included the following software packages; The MX200 produced some good results from CrystalDiskMark that were just a little lower than the Samsung SSD 850 250GB. However with the 4K and 4K QD32 speeds which move smaller file sizes around, the Crucial MX200 did come out ahead the clear winner. ATTO Disk Benchmark was the closest the drive was to Crucial’s advertised speeds with the drive boasting a write speed of 511MB/s and a read speed of 563MB/s for a total length of 256MB. Interestingly enough, the Samsung SSD Pro was almost the same for its read speed and slightly higher with write at 538MB/s. Nonetheless it’s a good comparison considering that the Samsung SSD 850 is one of the fastest drives available and more expensive. Sandra 2015 is a great tool to compare your drive to other SSD’s from around the world and with the physical read and write tests, the MX200 scored a very respectable 537MB/s for read and 511MB/s for write. As you can see from the following vigorous tests, the MX200 did match the speeds of Crucial which was of course dependent on the testing algorithms of the benchmarking programs.  The fastest scores was produced by ATTO Disk Benchmark that produced a write speed of 511MB/s and a read speed of 563MB/s. Given that, benchmarks are subjective and dependent on what kind of hardware you are running as well. So for a drive that costs around $168AUD (March 2015) which is the cheapest online price that we’ve found, 1GB of data costs $0.672 which is extremely affordable for such a fast drive with some great features, especially with its data integrity.

The MX200 SSD Crucial is quite an impressive drive that not only boasts strong performance but some great technologies to ensure strong reliability and great encryption. Sure, there are other drives on the market that are faster but Crucial once again aims for the middle range and succeeds in this area. Whether you want to play games, perform work or just want a reliable SSD for your system than you should check ou the Crucial MX200 SSD.