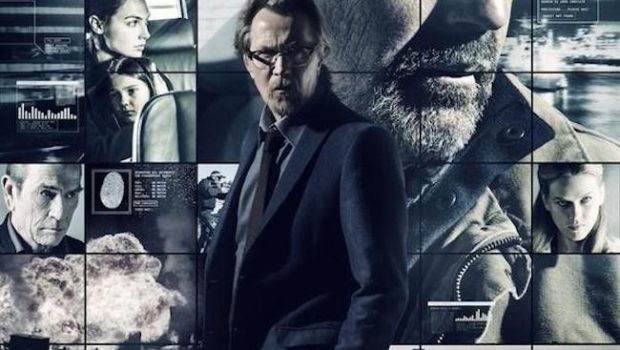 Summary: Two brains are better than one... or are they?

18 Again, Freaky Friday, The Change-Up movies about characters switching minds into different bodies have been around for some time. Ryan Reynolds himself is no stranger to these types of movies having been in the aforementioned The Change-Up and more recently Self/less… but as much as he is indeed in this movie… his screen time is no where near the same as those two.

The key concept here is that CIA agent Pope (Reynolds) has just been compromised whilst on a mission… the enemy torture him and kill him, but much as Miracle Max made clear in The Princess Bride there is a difference between “all dead and mostly dead”. Pope’s CIA pals come in and rescue what’s left of him and through the help of Dr Franks (Tommy Lee Jones) a scientist who has been working on a technique to transfer the memories of one person into another, they hope to be able to learn the crucial information Pope had about his assignment. The problems begin with the fact that the best candidate for this new procedure (which has only been tested on rodents to date) happens to be an amoral criminal, Jericho (Kevin Costner). Jericho is brought to Dr Franks who administers the experimental procedure and then throughout the course of the movie Jericho must deal with the idea of having someone else inside his head to varying degrees. The question is will the information from Pope’s memories be accessible to Jericho… and what will he do with this new information he has been “gifted”? It’s an interesting concept and certainly an interesting take on the mind/consciousness transferal story. There’s a heavy does of “don’t question the science, just go with it” that needs to be employed (I feel bad for movie makers these days with the audiences generally being much more savvy and prone to questioning the “logic” used in films… despite the fact that they are generally meant to be escapism and shouldn’t be held to strict scientific accuracy). The start of the film is arguably a bit clunky and feels a bit rough. We have to quickly find out who Pope is and get enough of a sense of what he is doing to be able to continue to bringing in Jericho and getting the memories implanted. I suspect that the choice of Jericho causes some issue with viewers with the obvious question “why would you put the mind of a CIA operative into a criminal with no sense of right or wrong”? The answer to that is in the film… but it isn’t fleshed out in a way that some audience members might need. The simple explanation is that he acquired a brain injury when he was younger that meant his brain is the most suited to the transferal of memories (something about a non formed part of his brain that can be manipulated and stimulated to grow with the new memories). Though the explanation for the choice of memory recipient is clunky… it plays out as a very interesting philosophical situation. Is Jericho still Jericho or is he now Pope? Is he a mix of the two? Would having the memories of someone who is “good” change the basic morality of someone who is/was otherwise essential bad. Actually on that point I can imagine some people possibly thinking the character of Jericho being made someone with no sense of right or wrong being a bit far fetched… if you are one of those people I would recommend looking up a person known as The IceMan (there was also a film based on him starring Michael Shannon)… there is absolutely a psychological condition in which people just have no real sense of right or wrong… they appear to not feel any sense of remorse for harming other humans and they simply have on concept of morality. It is interesting seeing Kevin Costner back on screen and in a different role to what we are used to seeing him in. I think he does quite a good job of being someone with no concern for right or wrong and there are some moments of reasonable emotion for him too. It’s hard to tell though what to think of him in the extra features… he seems very sure of himself and his own talent… I should be clear here and admit that I’m a bit lukewarm towards Kevin Costner… I don’t mind some of the movies he’s been in… but there’s something about the man himself that doesn’t quite sit well with me. If you do like him though, you should actually get quite a bit out of this film… it is definitely a change of pace for him in terms of the character and the extra features give you a bit of insight into his working mentality too.

Overall it is a decent film… it’s not great but I don’t think it’s as bad as some reviews seem to peg it. Maybe rent it first or catch it at a friends place before deciding if you want to add it permanently to your collection.