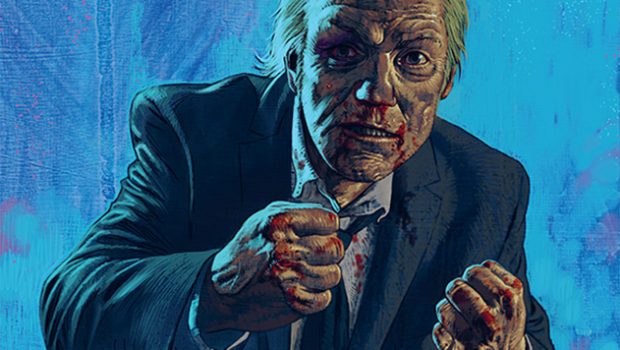 Ed Brubaker and Sean Phillips join forces once again to return to their most popular title, CRIMINAL, as an ongoing monthly series. Teeg Lawless is back and ready to ruffle some feathers as he once again finds himself entangled in some tricky criminal business. A great stepping on point for new readers, whilst also appeasing those who are already fans of the series and its characters.

Set during the 1980’s, the story follows Teeg Lawless who is a character that many will already be quite familiar with. We are seeing Teeg towards the end of his life, an old and hardened Vietnam veteran who has a long history of dodgy criminal business. Teeg finds himself in a spot of bother after his youngest son, Ricky, bails him out of jail using money he obtained after pawning off a diamond necklace that he stole from the notorious Mack the Monster. A bad move that now Teeg has to pay for. Teeg now must fix the problem his son caused, which entails coming up with $25,000 in two weeks, or else Ricky’s head will be caved in. Yikes!

Right, so before I begin, I have to sheepishly admit something…I have never read a CRIMINAL comic before. So, I’m here with the daunting task of delving into this series for the first time so I can write a comprehensive and honest review, so bear with me.

CRIMINAL is a series with a long and detailed past, possessing a devoted following of fans. For me personally, being new to this series didn’t make this issue any less enjoyable. I didn’t need to know the history of Teeg to get a quick grasp of the kind of guy he is and the sort of business he in involved in. Ed Brubaker does a wonderful job at cleverly filling in the gaps for new readers with flashbacks and dialogue that reveals important nuggets of information for the reader. Teeg is a bit of a shit kind of person, being callous, cruel, violent and selfish. In fact, it’s hard to like the guy, especially after he beats his son and shags his dead friends’ wife the night before his funeral. However, in saying that, Brubaker makes it easy for the reader to empathise with this hardened criminal. Everything he does is self-serving, but much like Walter White from Breaking Bad, you can understand why he does the things he does, even if you don’t necessarily agree with it, and weirdly enough, you want the bugger to succeed. Another example of clever character development from Brubaker.

What can I say about Sean Phillips art that you don’t already know? The guy is a master at weaving emotive and beautiful visual narratives. His textured linework, coupled with his heavy use of inking really lends itself to this noir-infused world and criminal storytelling. I’ve always liked how Phillips wastes no space on the page, filling every panel with lovely details that makes this world feel rich and very much lived in. I also love how Phillips frames certain panels, from a simple shopfront, to the interior of a car, each scene reveals a new and interesting perspective that brings a lot of visual diversity to each page. The colouring by Jacob Phillips is gorgeous and a kaleidoscope of electric colours. The neon-like palette is particularly effective in capturing light and reflection, making the night scenes and those unfolding in dark light really nice to look at. It also really works well in helping to reinforce the edgy tone that is driving the story forward. Nice work guys.

Overall, I have to say that I loved this first issue. For a complete CRIMINAL newb, I found the story easy to follow and in no way daunting to delve into. I’m totally jumping on board with this series and keen to see what the next issue will bring. Now time for me to go back and begin reading the previous books.