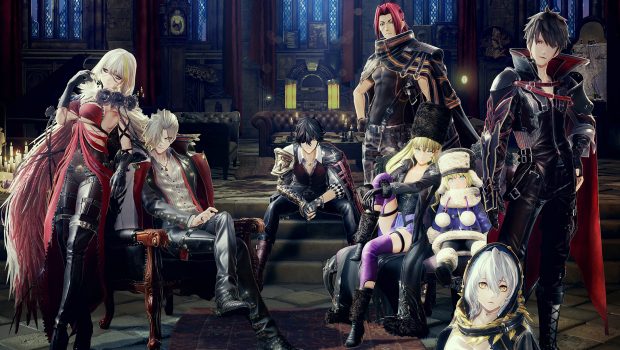 It’s crazy to think Demon’s Souls debuted over a decade ago and changed action-RPGs forever. With its unrelenting difficulty, emphasis on character customisation and intricate level design, the Souls series effectively formed its own sub-genre and inspired a number of games to follow the formula over the years.

It’s easy to view this year’s Code Vein as just ‘anime Souls’ with its highly stylised aesthetic and over-the-top story filled with bikini-clad vampires and apocalyptic mysteries; after-all, the gameplay loop is similar, and they even share the same publisher in Bandai Namco.

To my delight, Code Vein more than stands on its own two feet, bringing with it several new winning additions to the core Souls-like formula, a robust character creation and customisation system, and an entertaining, content-packed narrative elevated with its stylish presentation. So, is it worth a play?

Code Vein takes place in a dystopian future afflicted by an unknown calamity, where humans have become vampire-like beings called revenants. Dead humans were originally infected with a parasite that created the revenants to fight the calamity, but many ran out of blood required to function and became the Lost, a savage subset. The Queen of the Revenants soon went feral and was killed, but her death cast a miasma around the city of Vein that trapped everyone inside and caused more to go into blood frenzies. Your character begins as a nameless amnesiac revenant, on the lookout for Bloodsprings which produce blood to sate the hunger, retain your sanity and to find a permanent solution to blood scarcity, which has pushed surviving humans and revenants in Vein to breaking point.

The game’s story is shamelessly over-the-top with its characters, plot and world-building. It’s equally indulgent in highlighting its anime aesthetic and over-the-top premise at every opportunity: it’s the end of the world, yet everyone is dressed to the nines in the skimpiest outfits possible, NPCs are overly friendly and there’s a hot springs on base to enjoy in between missions. Dialogue is cheesy, full of obscure terms and out-of-place light-heartedness – yet I loved every part of it. As a fan of Dark Souls’ ‘show, not tell’ approach to its cryptic lore and narrative, I’ve always craved more cinematics; Code Vein provides the right amount of hands-off environmental world building, off-hand dialogue and animated dramatic cutscenes to stand out from the crowd and tell an entertaining, stylish story. The vestiges in particular, where you learn NPC backstories by literally walking through lost memories of characters, reminds me of a melodramatic serialised anime series – the good kind.

The theatrical direction of vampire ‘anime souls’ would not have come together if players weren’t able to insert their own revenant into the world with their own personality and style – and Code Vein’s character creation system deserves major praise for its extensive options. There’s a ton of different sliders to play around with to make your anime revenant look perfect – whether envisioned as male or female, dead or undead, supermodel anime heroine or excessively scarred monster. It’s safe to say players will spend a serious amount of time fooling around with the many possibilities on offer – and the good thing is you can change clothing and accessories at any time during your playthrough (except for gender and physical appearance). Character creation is definitely one area where the game outclasses Dark Souls and its contemporaries in the amount of creativity it encourages with its options. In terms of core gameplay, Code Vein is a third-person action role-playing game in a similar vein (heh) to Dark Souls in terms of its gameplay mechanics and systems, but with an emphasis on dungeon-crawling genre staples. Players progress through a set of distinct zones that are part of a bigger interconnected world, fighting a range of hostile enemies to earn Haze (currency) for leveling up, buying key materials and upgrading abilities. There’s also plenty of blocked passageways and shortcuts to unlock, fallen supplies to scavenge, vestiges to obtain (lost memories acting as a vessel for background story) and unique loot to discover before the end of each major area, which culminates in a boss-fight with a more difficult enemy to defeat. Afterwards, you can use discovered mistle checkpoints (bonfires) to teleport between sections and head back to your main base area, which acts as a helpful hub for players to interact with NPCs, recruit companions, buy and sell equipment, train, and experience key story moments.

It’s say to safe the ‘Souls-like’ formula is as familiar and filling as ever, with enough aesthetic differences (anime souls, this is) and quality-of-life additions that give Code Vein its own identity. Combat itself, however, is where the player base will be divided, and where I found the game to falter somewhat in terms of depth. Overall, battles are faster and more frantic than the average Souls game, but the animations for weapons feel a lot less distinct and weighty. Swinging at enemies with my sword or poking with my bayonet feels and looks floaty, with no flow to ties attack patterns together in a snappy, satisfying way, though late-game weapons had what I was looking for in terms of more unique-feeling movesets. Attacks, dodges and general movement are very quick (despite the massive looking weapons), while blocking, parries and defensive fighting isn’t as emphasised in terms of survival essentials; oftentimes mashing buttons was enough to get by. Enemy AI, too, outside of bosses are pushovers for much of the game. It makes for a more accessible game overall, but those seeking a challenge may be put off.

My enjoyment of combat was increased tenfold without NPC companions tagging along. Having an AI companion to help you out in the field is a major differentiation point that Code Vein pushes players to leverage, but in all honesty partners make the early-game and several bosses way too easy. They have entertaining chatter, and having them along does contribute to the game’s simplistic friendship system, but for anyone seeking a serious challenge, it’s best to ditch them unless you absolutely need help with a boss. It’s more fun exploring without them, by far, though the level design, even with many secrets to discover, isn’t as memorable as Dark Souls. Perhaps it’s due to its modern-day, ruined city backdrop, but overall the concrete jungle and the depths you’ll be wandering aren’t as interesting in terms of story-telling, but more in what loot or cutscene lurks around the corner. Overall, though, it’s the multitude of abilities, flashy Drain attacks and spells that give Code Vein’s combat system its much needed flourish to remain satisfying and distinct. Yes, weapon animations aren’t as flashy or flow as nicely, but by god it is still satisfying to drain the blood out of foes with execution attacks and fancy magic that looks right at home with the vampire aesthetic. Given that class gifts cost magic (called Ichor), combat is a lot more aggressive as you regain ichor with successful strikes, and in the late-game with more potential gifts, Blood Veils and weapons at your disposal to create unique combos, there’s a ton of variety on offer.

Character customisation is as comprehensive and impressive as creation – almost on a par with Dark Souls in terms of potential complexity and depth. As you progress, you must continuously manage three main areas: Blood Code (Class), Blood Veil (Armour & Drain Attacks), and Weapons. Blood Codes act as a class system that lets you swap and use different abilities (Gifts), attacks, magic and stats on-the-fly to suit your playstyle preference, with gifts able to be used with different blood codes once performed enough. Blood Veils act as armour in terms of appearance and stats, letting you perform different drain attacks and alters your stats to further suit a particular approach. Weapons scale to your Blood Code and Blood Veil in effectiveness, so you have to make sure you have the right combination equipped (Fighter Blood Code with Veils and Weapons with A+ strength scaling, for example) to maximise your fighting potential.

I’ve always indulged in min-maxing stats, but not to an obsessive degree, and I ultimately found Code Vein’s emphasis on flexibility to be enjoyable. There’s zero penalty to switching and experimenting Blood Codes and Blood Veils, there are dozens to discover, and if you just want to play how you want without obsessing over stats, that’s totally viable too thanks to the effectiveness of AI companions who can pick up a lot of the slack and let you focus on finding your perfect style. With many different weapons (rifles with bayonets, greatswords, halberds) and spells (fast dash, magical ranged projectiles, etc) it’s definitely encouraged to experiment. In terms of performance and presentation, Code Vein is a lot smoother and sleeker than I suspect many will give it credit for, though your enjoyment of its highly stylised anime aesthetic will dependent on your gaming preferences and platform. Playing on PlayStation 4 Pro, the frame rate was a solid 60fps and extra visual enhancements, though on the base PS4 there is a lot more stuttering (with the latest patch) that those concerned with visuals should take note of. Graphics-wise, it’s a very good-looking game owing to its artstyle, though if you have an aversion to overt fanservice and skimpy character design, it might not be the title you’re looking for. The soundtrack is appropriately melodramatic and haunting, but it’s the voice-acting which surprised me most, with solid effort from the English VAs to bring to life what is undoubtedly a batshit crazy anime power-fantasy dialogue set in the backdrop of post-apocalyptic modern day.

Code Vein is undoubtedly the ‘anime souls’ game many hoped for, oozing not just style in its colourful artstyle and post-apocalyptic aesthetic, but plenty of substance, too.

The game’s detailed character creation system, in-depth customisation options with its multitude of Blood Codes and entertaining main story gives it a unique identity that elevates its relative shortcomings in combat, level design and multiplayer (the last of which feels like an afterthought).

Overall, Code Vein is worth a play for fans of the Souls-like sub-genre as a whole and those seeking a more accessible action RPG experience with a more over-the-top narrative to indulge in and enjoy.