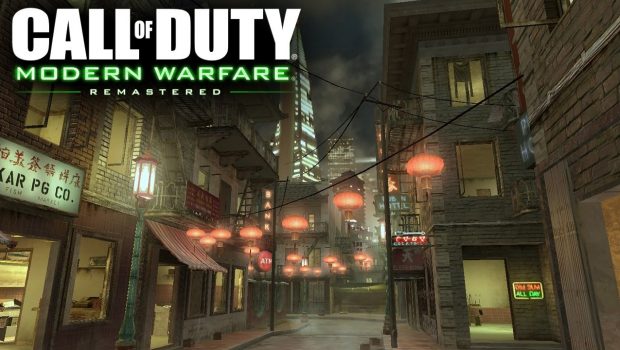 Summary: Despite being well designed and brought into line graphically with the current standard, it’s hard to overlook how splintered the player base has become.

Activision’s remaster of Modern Warfare has just had four additional multiplayer maps released as DLC in what has to be one of the most bizarre business decisions of the year so far.

Firstly, the four maps are PAID DLC, regardless of whether or not you own the season pass for Infinite Warfare. To not include the DLC as part of the overall package that you had no choice but to buy in order to get the game in the first place just doesn’t make sense to me. There was speculation when the game initially launched with only a handful of the original maps that Activision would eventually charge for the remaining ones but once the information pertaining to the season pass revealed that maps weren’t included, many just assumed that they would obviously be coming to systems for free; it’d be stupid to further split the player base by shutting off the rest of the classic maps behind a paywall, right?

Yet, this is exactly what Activision has done and the detrimental effects of these actions are immediately felt once you try to find a full lobby to play the new maps on. In all honesty, after the initial hype died down, MWR multiplayer pretty much became a barren ghost town, with the novelty of nostalgia wearing off to leave behind a game that, whilst still competently made, has been far surpassed by its successors over the last eight or so years. Coupled with the fact that the included levels, Broadcast, Chinatown, Creek and Killhouse are in essence maps that many longtime fans have already played, just with a new coat of paint slapped over the top of them, and the Variety Map Pack doesn’t seem to be the most appealing prospect.

How are the maps themselves? Well, they’re pretty great, of course. Are they worth double dipping for the better graphical fidelity and frame-rate? Well, that really depends. Personally, none of my friends have stuck with MWR so I have no choice but to dive in with randoms. I’ve actually poured quite a bit of time into Infinite Warfare’s multiplayer, which many will argue is much weaker in many respects, but I’ve personally found the most fun there due to having a few friends to party up with.

There’s also the point that Infinite Warfare has a much larger community than the remaster. Despite many lamenting the shift from classic boots-on-the-ground multiplayer gameplay, when the dust had settled gamers quickly moved on from MWR and the multiplayer has had a small but dedicated community that is all but inaccessible to newcomers by this late stage. When you pop into a lobby and see multiple prestige players and you’re hovering around the 30 mark, it can be a little disheartening. For what it’s worth, the included maps have been lovingly recreated and retain the high level of polish that the remaster has been lauded for. Chinatown’s neon soaked streets look absolutely suburb and the map is brilliant for ambushing unsuspecting players and Creek sees a serene village shattered by warfare, with ample hiding places for long-range snipers to hone their skills.

Broadcast is a reworked version of the television station from the main campaign, offering up both narrow hallways and wide-open environments for frenetic gunfighting and Killhouse dumps players into a warehouse full of training targets and exercises to use as cover as they stalk each other.

The impeccable design of these levels is still evident today and offer up some great opportunities to revel in classic late-noughties gunplay… Providing you can find a decent lobby, that is. Ultimately the Variety Map Pack is a tough sell. Undeniably well designed and brought into line graphically with the current standard, the fact that the DLC wasn’t included in the season pass is a pretty bitter pill to swallow. It’s also hard to overlook how splintered the player base really is; finding a full lobby on one of the new maps is nearly impossible, although this issue may be mitigated depending upon the rate at which players pick this up.

Honestly though, I don’t think there’s enough of a community still playing MWR that are willing to repurchase old maps for an extra $20.45 to ensure parity across all maps, which is unfortunate given the care and detail that has gone into remastering these levels. So, should you buy the Variety Map Pack? If you absolutely, positively have to have access to every level and have a disposable income, then go for it, but for everyone else I’d probably recommend holding off until the DLC goes on sale, as there’s really not enough here to justify the price, even with the additional supply drops chucked in to sweeten the deal.