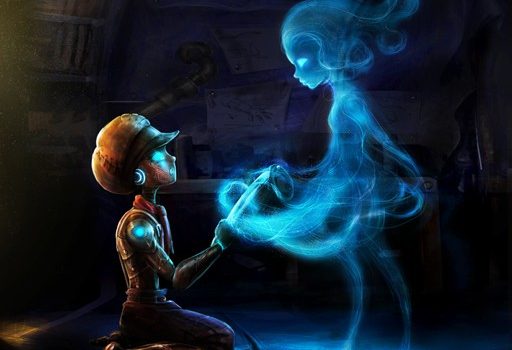 Summary: A puzzle-platform adventure story about a young boy called Atto who can manipulate time and solve puzzles in this steampunk inspired game.

Set in a steampunk world is the tale of Atto, a lonely mechanical boy living in the mechanical city of Watchtower. Developed by Gamesoft, Clockwork  is a time-bending puzzle-platformer that will have you exploring the mysterious past of the city while manipulating time and fighting for your life through cryptic levels and nail biting boss battles.

The city of Watchtower has stood for more than four hundred years following a devastating plague which wiped out most of civilisation. Atto was only eight years old when he was encased in a mechanical body to wait out the disease, leaving him with no memories of his family or of the time before. Now living and working amongst industrial factories, Atto has developed an uncanny knack for fixing things and is never seen anywhere without his trusty pocket watch that has kept perfect time for centuries. Going about his usual duties of city repairs, Atto’s pocket watch suddenly springs to life emitting a blue energy force, which introduces itself as Milli. Milli has no idea why she has woken up, who her maker is, or where she gets her mystical time manipulation powers from, but what she does know is that she was built for a greater purpose, and needs Atto’s help to fulfill it.

Spread over three chapters (each a different section of Watchtower) and sixty puzzle levels, you begin in Grindtown, the industrial heart of the city where the plants and factories that once powered it are so old, numerous and complicated that nobody knows what they do anymore.

On a mission to get Milli to Crystal Heights, the scientific and cultural centre of the city, you will navigate Atto through puzzles which vary from short and simple, to long and complex, learning new skills and interacting with various objects along the way. One of these skills is called reflections – which cast a blue shadow (alternate versions of Atto) that can time warp and mimic his movements throughout different points in time. This is a great skill to have as it allows Atto to be in multiple places at once, adding a great challenge and depth to the puzzle solutions.

While Atto is the main playable character, you are also able to use Milli to stop time and explore the layout of each level. This is a great bonus for this puzzle game, as planning and strategy are crucial for success. However there were some issues with the screen freezing in place and not wanting to move in the same direction as Milli (or Atto), which resulted in having to restart the level. Restarting the level would be fine but as the game has no checkpoints this can become quite annoying. Bugs in the game that caused Atto to slide back and forth across the screen, or enemies to get stuck in un-passable locations, would result in more restarting and lost puzzle progress, limiting my enjoyment of the game. And when you add the frustration of restarting with dialogue boxes (at the start of every level) that can’t be clicked through, this frustration leads to boredom.

However, the boss levels are very impressive (and include checkpoints – HOORAY) and require an entertaining amount of brain teasing trial and error, which were fun.

Clockwork showcases over sixty stunningly beautiful, hand drawn, steampunk inspired levels with a palette of colours that suits each chapter and the overall theme of the game. Dialogue boxes are used intelligently throughout with different colours distinguishing each character easily. Great attention to detail is given to each enemy, scene and background and the colour chosen for Atto’s reflections makes it easy to separate them from him when navigating the level.

The background music is calm and relaxing and not overpowering. Once you reach the boss levels the music amps up changing the mood to alert and suspenseful which is appropriate for the level. One downside to the audio was the repetitive voice acting (more like repetitive sounds) and some cheesy sound effects (especially when Atto dies) which made me giggle a bit at first but that quickly turned to annoyance and required a sound effect adjustment in the settings quite quickly. As much as I wanted to finish the game (I only had a few levels left to go) there were just too many bugs, which resulted in a frustrating gaming experience. The concept is there and it is a nicely crafted challenge for the puzzle-platformer fans, but I would wait for Gamesoft to fix the bugs before purchasing the game. But if this is done, the story, the artwork, and the challenge will make for a great gaming experience.