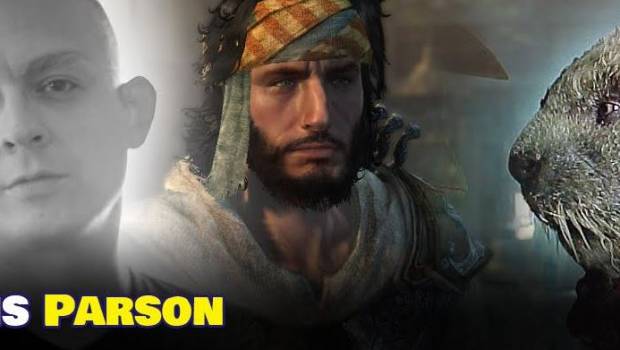 We caught up with legendary voice-actor Chris Parson on the somewhat eve of Supanova whose showbiz career spans almost twenty years. His talents were showcased in the Oscar-winning film Rango (2011) from Industrial Light & Magic’s which was their first feature animated fim and has also lent his voice to the History Channel, including a plethora of video games such as Overwatch and Final Fantasy XV. Just like some of the characters he has voiced over his extensive career, Chris was cool, calm and collected as he described his affinity with Australia which dates back 30-years where he spent some time here as a student in pre-school. Chris explains that this helped him master the Australian accent for his character in Overwatch which is our very own Junkrat. When asked what Chris was most looking forward to at Supanova, he just wanted to meet his fans and laughed that he had hoped he done the accent for Junkrat justice. As humble as Chris is, he had difficulty in choosing a highlight of his career and stated “it’s a bizarre yet humbling experience and I really can’t choose one thing over the other. I’m just amazed that I’m still doing it but I if I had to choose, it would be my involvement with Gladio (Final Fantasy XV) and Junkrat (Overwatch). So yeah, I really had fun voicing these characters”. With an over the top character like Junkrat, Chris has many favourite lines from the game like “Stop me if you’ve heard this one before” or “I love my job”. Once again a tough choice for Chris to choose.

When asked about meeting fans at conventions, Chris replied that it is“a humbling experience, especially with my video game characters because although I’m the voice, they also play a role”. Chris added that he has also met many different cosplayers dressed as Junkrat and Gladio, even some gender-bending which is always a blast. “Who am I to tell people what they can or can’t do and ironically, many of these people go on to professional costume design because they are that good. Unfortunately my hobbies are limited now but while growing up, it was building the Millennium Falcon”. When quizzed about the new Star Wars films, Chris explained that he enjoyed many elements of these movies, however added that there were certain aspects that he didn’t like as well. Given how fandom has changed over the years, including movie-making, it’s a little sad that these films have divided the internet into how they should have been made explains Chris.

We asked Chris about the voice acting process to which he noted “sometimes you go into an audition and ad-lib your character and the directors love it. Then you go back and they ask you to change it or sometimes they just want you to do what you did in the audition so you never know how your character will develop… you just make it work”.

Chris also enjoys writing scripts and music to which he informed Impulse Gamer that he and has his wife have just finished a script about a stripper in Indiana called Ginger Rose which will be turned into a film. They are both looking forward to helping create it for live-action. Chris then laughs and informs us that with his day gig (voice acting), finding time for writing is really difficult but is definitely a passion of his.

In classic Overwatch fashion, Chris ends the interview in the character of Junkrat as he says “it’s been fun adventure” as he is not only looking forward to continuing his diverse career, including more script writing but of course, “meeting the fans at Supanova” as this attending conventions is a great perk of his job that makes him happy. Supanova will be in Sydney (June 15-17) at Sydney Showground Olympic Park and Perth (June 22-24) at the Perth Convention & Exhibition Centre. For more information, please visit – http://www.supanova.com.au/ and Chris Parsons will be available at both conventions.