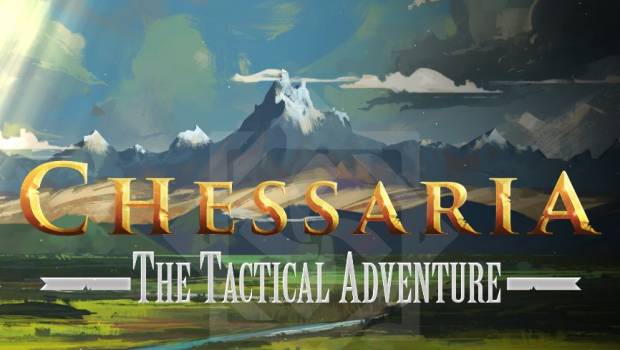 Summary: Expanding on the turn based nature of the Chess Board game and giving it a fantasy setting Chessaria has a chance to bring Chess to the masses.

30 years ago this year, there was a game called Battlechess. Many of us who were playing computer games back then (yes I’m old) would remember it well. It feature chess pieces that would actually act out the battles when they fought an opponents piece, it made chess a whole lot more fun as you tried to take a new piece and see a new animation. Three decades later we get Chessaria… not quite battlechess but certainly taking a does of inspiration from that classic game but now infusing it with a storyline and some added variety via a main campaign. The game starts simply enough so those who haven’t played chess before and aren’t familiar with the different pieces movement options can get a gentle ease in to the game mechanics. You have your basic pawns to start with and you learn about their two spaces option for a first move and then single movement and diagonal attacks. Later the other pieces are introduced along with their movement abilities. It’s a great way to introduce new players because they don’t have the overwhelming task of trying to remember all the different pieces and their corresponding moves from the start… they can learn in bite sized chunks. The fantasy world setting is likely to entice a few other players into the Chess fold as well. Giving a storyline to a game most people think of as very clinical probable helps to add a touch of interest and charm. The story isn’t overly deep though so it won’t get players bogged down and the main mechanic is still variations on a standard game of chess (with the addition of obstacles and a few other challenges to spice things up). For the chess fans who might delve into this hybrid there are options to play more traditional games of chess outside of the campaign mode. As you play through the game you will unlock various variations of chess that you can pick up and play. This gives the game a pretty decent longevity for chess fans because it means that if they have a bit of time to kill they can fire it up… select their preferred Chess scenario and have a game then quite and go and do something else. It’s always nice to have short play options and this certainly fits that bill. If you have friends or family that you’ve always wanted to introduce to chess this is probably as good a gateway as you are going to get. It may not be likely to teach you to play like a grandmaster… but it’s certainly a good way for those for whom the odd movement patterns of the pieces have always been off putting to become more familiar with the game and maybe even learn to enjoy it. The only down side I would say is that I found after playing it (albeit for about two or three hours straight)… I did feel a bit burned out and didn’t really want to play again for a while… so it can certainly be a bit repetitive but this is where that pick up and play element comes in handy. There are no tricky key combinations to remember or any special rules to keep in mind. If you know chess… you won’t have trouble picking this up after months of not playing and be able to just jump basically straight in again. Is it worth it… well for chess fans and those wanting to introduce friends or family to the game it has a fair degree of merit. It can get a little repetitive… but it’s nice to have a chess game with a good amount of polish to it to jump into when the mood strikes. Perhaps wait for a sale… but if you like chess this is a decent game that may scratch that itch.