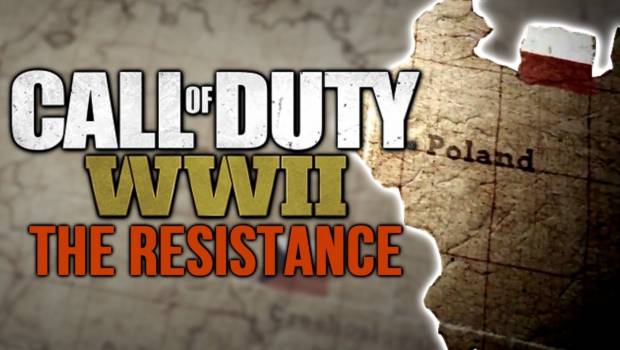 Summary: A no-brainer for dedicated fans, for those on the fence your mileage may vary depending on how much value you place on modes aside from your usual deathmatch or domination matches.

The first DLC for Call of Duty: WWII has just released, offering players two new maps, a remake of a classic map, a new chapter in the zombies saga and an additional War map; the question is, are they worth dropping your hard earned dosh on?

Initially I found the announcement that Resistance would only feature two original maps to be a little underwhelming; although developers are particularly fond of retooling fan favourite maps from previous games, they’re often balanced out by three other new maps… Would the War map be sufficient enough to make up for the lack of a fourth multiplayer dedicated map? Of the two new maps, Anthropoid probably allows for the most varied approach, with multiple vantage points to snipe from as well as a network of streets and canals that allow ground forces to flank foes and come up against each other in close-quarters combat. Picking through the destroyed city makes for a fun experience and, of all the maps, Anthropoid stands out as strongest.

The other new map is Valkyrie, which takes inspiration from Hitler’s network of bunkers, hidden away within the verdant bosom of a mountain. Your typical three lane design, the map makes good use of its smaller size and offers myriad alcoves for players to duck into, but fails to hold up to Anthropoid despite the more frenetic nature of the matches. Occupation looks much better here than Infinity Ward’s attempt with last year’s Infinite Warfare but, when all is said and done, it’s just Occupation from MW3, for better or worse. Never a map I really held too close to my heart, my experiences with playing it here made me realise that I’m just not equipped to deal with snipers, with my gung-ho rush ‘em style often leaving me exposed for an easy headshot.

If you’re a more considerate player who can play into the whole cat-and-mouse aspect of a map predominately filled with snipers, then you’ll probably dig this, ditto if you hold some sort of nostalgic attachment to the map itself. For me though? Definitely the map I considered the weakest of the three multiplayer centric offerings.

Next up we have The Darkest Shore, the second chapter in WWII’s take on Zombie mode; massive, gloomy and plagued by bursts of cloying fog, this is an improvement upon the already pretty decent first Zombie map.

As mentioned in our review of the base game, having clearly defined objectives makes for a much more cohesive and, for me at least, fun gaming experience, so I appreciate SledgeHammer’s continuing signposting of objectives over forcing me to decipher morse code or whatever ridiculous extent that previous games demanded of the player. Finally there’s Operation Intercept, the map restricted to War mode – As with previous maps, there’s a tug-of-war of objective for each side to complete, from defending, or conversely rescuing, hostages, destroying a tank or holding a flood of enemies back from a bank of radios.

There’s a noticeable increase in verticality, with many sniper nests throughout for the patient gamer to put to use, but ultimately it’s more of the same and, in some matches, you’ll barely spend long enough in each quadrant to truly appreciate the map itself; it would have been nice to have had a fourth map for multiplayer use cobbled together from elements of Operation Intercept but it is what it is and, as a fan of War, I definitely welcome any and all additions. At the moment there’s a Resistance event running, with 24/7 moshpits for the DLC maps, unique supply drops and featured modes like Prop Hunt available for a limited time, so the community is pretty heavily active across the entire game at the moment, making it an ideal time to dive back in and take advantage of all the double XP.

Although the maps are a bit of a mixed bag, the strength of The Darkest Shore mitigates this to a degree, being the most accomplished Zombies offering yet.

A no-brainer for dedicated fans, for those on the fence your mileage may vary depending on how much value you place on modes aside from your usual deathmatch or domination matches.