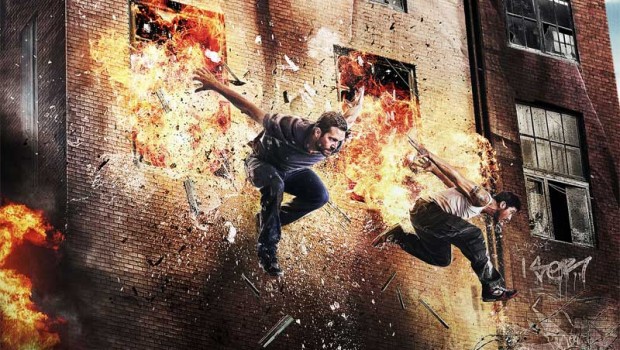 Summary: If you're a fan of Luc Besson or Paul Walker than Brick Mansions is definitely worth a watch!

Brick Mansions was unfortunately one of the last films that Paul Walker made and this action movie is based on the French movie, District B 13 that is almost a replica of the original but in English. The film also has that Luc Besson atmosphere to it and if you’re a fan of his films than Brick Mansions will probably be your cup of tea. The original film took place in Paris but the American version is firmly set in Detroit that sees it as a city on the brink of self-destruction. The protagonist of Brick Mansions is Damien Collier (Paul Walker) who is an undercover cop that is single-handedly trying to take down a nefarious king pin named Tremaine who was also responsible for his father’s death and holds the fate of Detroit in his hands. Fortunately for Damien, he is not alone and finds an ally in Lino (David Belle), a very nimble fighter who moves like an expert in Parkour. Ironically Belle was in the original film and his character also has a similar motivation to that of Paul as Tremaine (Rza) has kidnapped his girlfriend Lola (Catalina Denis). Add lots of villainous stereotypes and some clichéd women, both good and evil and Brick Mansions is a above average action movie that is actually quite fun to watch. With that in mind and even though Walker is the star of Brick Mansions, the excitement is generally the scenes of David Belle as he effortlessly combines his Parkour skills with that of the plot that is quite a joy to watch. Needless to say, this movie ticks all the right boxes in the stereotypical buddy action movie as both Walker and Belle have some great on screen chemistry together. Sure the plot is a little clichéd and never really goes anywhere but watching the action scenes, especially those of Belle is definitely the highlight of the film. Brick Mansions is an interesting movie that contains a relatively forgettable plot with some amazing action and stunt sequences. Sure, it’s not Paul Walker’s best movie but given that it was his last film, it definitely highlighted the potential of this great actor who will be sorely missed. If you’re a fan of Luc Besson or Paul Walker than Brick Mansions is definitely worth a watch!