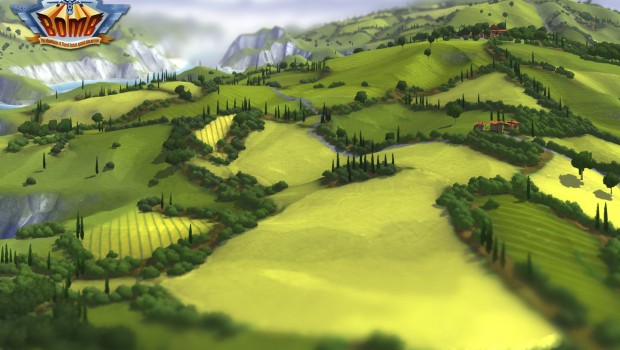 Bomb: Who let the Dogfight Review

Summary: A rough gem with some exciting dogfights!

Before you really try and get into this game… take a moment to set the controls up (properly). When I first jumped into the cockpit I thought “great, I’ve got mouse for flight control and keyboard for everything else.”… great in theory… no so much in practice. I don’t recommend the mouse (certainly not without tweaking) at all… I’m used to flight games that will take the mouse reticle as the point that your nose faces and therefore that you are flying towards… in Bomb (at least at the point that I was playing… updates may fix this) the mouse would seem to give you a broad overview of the direction you wanted to head in… but the plane would not level out where you were “pointing”. “Not to worry”, I thought “I’ll just bring my ol’ Wingman Force 3D joystick out of retirement.”… this did indeed improve flight controls in terms of being able to push the stick in a direction and have the plane accurately represent that in game… however my this particular stick also has the ability to twist, which for some unknown reason automatically defaulted to switching camera views… the result is that I was finally getting the hang of flying… baring down on an enemy plane and just as I was about ready to open fire… I was suddenly looking out the rear of the cockpit. My third time in the cockpit I had forgotten to plug the joystick in so I ended up playing with just keyboard and it was the time I started to enjoy the game (I’m sure the joystick will be fine… once I disable the view change settings).

Flight controls aside… yes the game is fun! It is presented as almost a cross between Lucky Luc and a visual novel… be warned though the story can drop into sexist and low brow “humour”… but it does tick the story along and you develop somewhat of an affection for Marcel and his adventures. It would be wrong to call this a flight sim… there aren’t really any accurate dynamics to the flight… not in any serious way… but (again after sorting out the controls) did take me back to the good old days of “Their Finest Hour: The Battle of Britain”. Getting the enemy in your sights and firing off a few rounds… throttling down as they passed you so you could bring them back into your sights then letting lose another barrage. That eventual success as you watch their black smoke plumed plane plummet towards the ground. But the absences of sim mechanics also means that your main gun has unlimited ammunition so if you are getting frustrated taking down enemy fighters… don’t be afraid to just mash the trigger and hope. Special weaponry is limited but not to the point of pulling hair out… well not all the time anyway.

I quite like the idea of weaving a story between the missions and it reminds me somewhat of the classic Strike Commander, you start at the bottom with a reputation that precedes you (in this case a mixed reputation… skilled pilot… arguably an even greater skilled drinker). You then spend your time building up your respect and resources and gaining the ability to acquire more powerful and effective planes and weaponry. It’s the old dangling carrot mechanic and it works well enough. What is frustrating however is the way the story interrupts and, in doing so, interrupts the game flow. A number of times I was flying towards my target only to have the camera view change to my enemy and suddenly when the camera was back to my view my location and orientation had changed dramatically. I appreciate the desire to tell a story… but when the storytelling causes you to become disorientated it can take you completely out of not just the flight experience but the game. Visually the game is nothing to be amazed at… but it’s also not bad… it really has its own style and  it fits with the atmosphere of the game. I have to be honest and admit that the first time I managed to shoot an enemy down and saw that lovely black smoke trail with a hint of fire as they fell towards the ocean I got a thrill.

So is it worthwhile… yes and no. Its not overly expensive and the developers are listening to the feedback (they have added an easy mode) so it is certainly improving. It is still quite early in its release too. But when you finally get into the right headspace… you’re comfortable with the controls and you find yourself one plane being attacked by four or more enemies and one by one you pick them off… that final plane will give you that rush of a success well earned….. only to then see Marcel go and drink his success away at the bar!