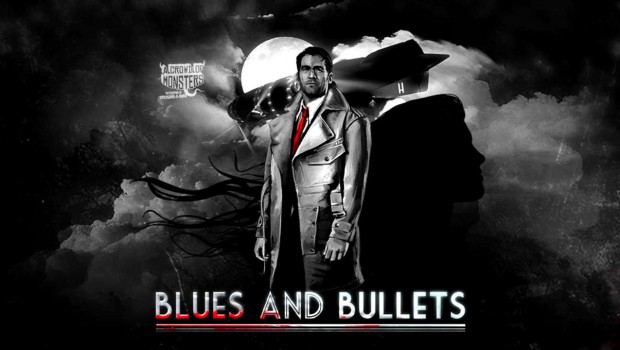 Summary: Blues and Bullets gives you the rawness of the emotion that has parallels to L.A. Noire

Somewhere in a historical alternate timeline, in a gaming space between L.A. Noire and Max Payne, lies Blues and Bullets.

Creating an alternate future/history for the legendary Elliot Ness is a fantastic idea that in one move gives you a protagonist you know but also one you can now shape the future of. For those who don’t know (who are you people?) Elliot Ness is the real detective that formed the Untouchables, a legendary group of police and associated personnel who finally put Al Capone behind bars. The name came from their apparent inability/resistance to bribes and corruption. But Mr Ness is not the only one revived from the pages of history… Al somehow survived his incarceration and will stand before Ness once more. Imagine if you could play Sin City… that would be about the most accurate visual example I could give for Blues and Bullets… but it goes beyond the mere visuals… the story that is weaved throughout is just as engrossing as that lovely stylised bit of cinema also.

This is an adventure game… but with action elements. Where L.A. Noire left some fans a little frustrated with its “read the facial cues to pick the right response”… more specifically in that the response options were sometimes worded in a way that caused you to choose a response you didn’t quite mean… Blues and Bullets gives you the rawness of the emotion, do you want to respond to a smart arse with “irony, aggression or ignore them”… it gives you the choice without the guesswork and I for one appreciated that (don’t get me wrong I love L.A. Noire… but some of those responses were a little unclear). And just when you think you are simply going to be walking from one conversation to the next, you find yourself hiding behind cover, revolver drawn taking on a barrage of gun totting goons. Is your Ness a noble man only using violence when it’s the only way… or are you an experience toughened and perhaps somewhat broken man who will now stoop to aggressive tactics to get his way?

It really is quite impressive what Indie studios can put out these days… games that easily rival some of the major studios fair… Blues and Bullets is a wonderful walk down the black and white streets of pseudo history with some familiar yet different people and places. Gameplay: 4 Think L.A. Noire but with a red eye rather than a dinging audio clue when there is something to look at… it holds your hand quite a lot… but the story and the way it progresses kept me engrossed enough to not mind.

Graphics: 4 It is clearly time for me to upgrade my PC… the visuals are a lovely Noire style, predominantly black and white but with red highlights (typically for points of interest). It works very well with the theme.

Audio: 4 Good voice acting… and let’s face it… voice acting can be make or break in games that rely on lots of dialogue. They did a good job here making sure the audio captured the feel of the range of emotions you will be taken through.

Value: 4 Purchase a single episode or the entire season… I’m not a fan of splitting games into individual purchasable portions, but at about $5 an episode or $25 for the lot… it actually is good value for the quality within.