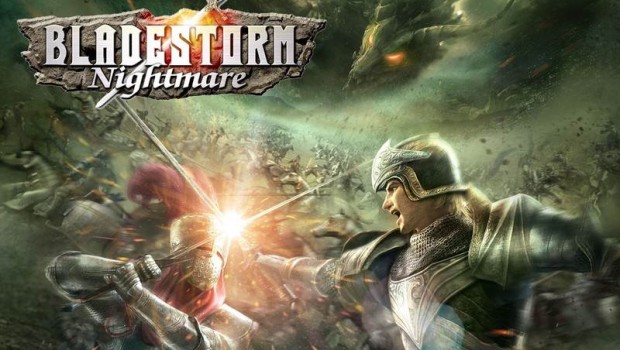 Summary: Bladestorm Nightmare on PS4 is an okay but definitely misses that next-gen feel to it!

Taking a leaf out of the history books plus lots of artistic liberty, Bladestorm Nightmare focuses on the war between England and France called the Hundred Years War which was between two powerful houses, that of Plantagenet and Valois. So in this action strategy game, there is an emphasis on Musou tactics as players transform into a mercenary which requires them to fight for one of the two factions as they build their power and wealth to become a true contender. So with that said, the game is based on the 2007 title from Koei Tecmo, Bladestorm: The Hundred Years War which has received a slight next-gen facelift with the inclusion of a new mode called Nightmare which introduces new elements that were not found on the PlayStation 3 version.

The game is also similar to Koei Tecmo’s Dynasty Warriors series but the biggest difference is that you are required to command other soldiers on the battlefield which at times can be quite chaotic, especially with the numerous enemies all attacking at once.

Given that, the hub of the game is the Tavern which not only allows you to upgrade but supports players with the overall arching story of the title and even includes historical cameos like Joan of Arc. Like the more basic RTS games, the player has a variety of different units that they control, each with their own pros and cons with the ability to upgrade them via the levelling system which allows you to fight more advanced enemies.

You also have four different commanders on the battlefield which allow you to increase your scope in the gaming environment with the ability to change on the fly that does make exploring more accessible. The only issue with the environment is that getting from point A to B, especially if it’s on the other side of the map which can take some time, especially if walking. Fortunately you do have horses.

Once you defeat the enemy commander, this basically allows your army to take over the area and like other Musou titles, you do have special moves on the battlefield which is a joy to use. In terms of AI, it is a little lacklustre unless you play the most difficult level. Another new feature of the next-gen console version is the inclusion of new mythical fantasy units like dragons and demons with the new Nightmare mode. This definitely does increase the enjoyment factor of this game, especially with these more powerful enemies to face and more importantly, it’s all part of the story of Bladestorm.

However there is a serious problem under all these additions on the PlayStation 4 and that is that the gameplay does become quite repetitive, even if the battles are bigger than Ben Hur. Initially it’s quite fun fighting all these enemies, especially the more powerful creatures in the new Nightmare mode but once again the gameplay involves way too much grinding. It’s basically fight, retreat, fight, level-up and then continue until you have finished the game.

As mentioned, the maps are also quite huge as well which does add an element of frustration as your desperately looking for something else apart from killing. Nonetheless Bladestorm Nightmare isn’t a bad game but it definitely needs a next-gen facelift with some different gaming mechanics. If you missed the PS3 version and enjoy Dynasty Warriors, than it still may worth checking out.

Graphically, Bladestorm Nightmare does have improved graphics than its PS3 predecessor but even though it’s a higher resolution, the game still looks a little dated and at times there is a touch of slowdown and dreaded pop-up.

Overall, it’s not a bad looking game as the characters look decent, especially the Dragons but once again the game has this previous-gen console feel to it. The audio works well, especially the sounds of these massive battles and the soundtrack does work well with the overall gameplay of Bladestorm Nightmare. Voice acting is a little over the top but this is expected. Bladestorm Nightmare is almost there for Koei Tecmo’s true next-gen title, however I feel that this developer needs to revisit their gaming engine on the PlayStation 4 to give it a modern face lift rather than resting on their laurels. It’s not bad but it’s not great either and most gamers should easily be able to knock this game over in around 30 hours which definitely gives some value for money but unfortunately the repetition factor may be an issue for some.