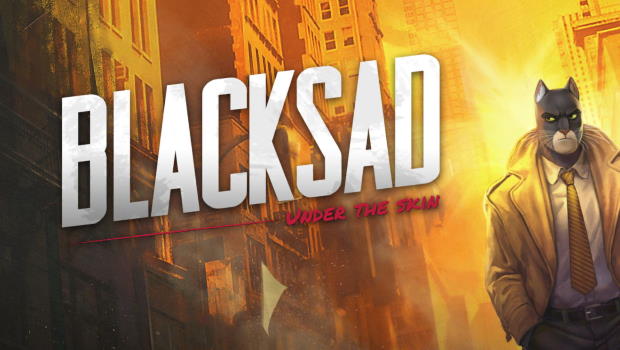 Blacksad: Under the Skin PC Review

Based on the comic book series, Blacksad brings the Bogart style to an anthropomorphized world in which various animals play analogues for racial issues in a detective crime story straight out of the pulp pages. The basic idea is you play John Blacksad, private eye in a city seemingly set in an alternate 1930’s America. Finishing one case you are thrust into a new one that involves some familiar faces, but as with all great detective stories, what seems simple on the surface is anything but. As stated on the Steam page, the game involves “investigations, puzzles, quick time events (QTE) and multiple-choice dialog” and it does indeed, so if you are familiar with this style of gaming then you will be quite comfortable with the control mechanics. One frustrating thing about this adoption of familiar gaming mechanics is that it doesn’t involve an improvement to the movement dynamics. The oft mocked clunky walking mechanic is here in full frustrating swing. Walking towards something then realise you want to turn and go elsewhere? There’s no instant reverse direction, you have to walk in a circle to come back around… for the most part it’s fine… but certain scenes come up in which you are more or less in darkness and the clunkyness of the movement makes a scene that is trying at the best of times, just extra frustrating! Visually the game is lovely, the characters are very well realised and feel quite “natural”… as much as they can when they are essentially animals squished into approximations of human form. The big frustration I had was with the depiction of smoking. Obviously smoking and the atmospheric effects of smoke have been deeply ingrained in the detective noir genre… but this game, at times, seems almost like it’s trying to push for a new uptake of smoking to the extent that there is even an achievement for buying a pack of cigarettes. It’s one thing to use artistic choice it’s another to actively promote something and here it just felt totally unnecessary! But the voice acting and music add to a great atmosphere that will certainly draw you in and you won’t be able to help trying to figure out “whodunnit” before the game finally lets you put all the pieces together. It’s a fun game with a few quirks… but if you like detective adventure games then this may just be right up your alley… just be careful it’s not a dark alley with mobster goons!