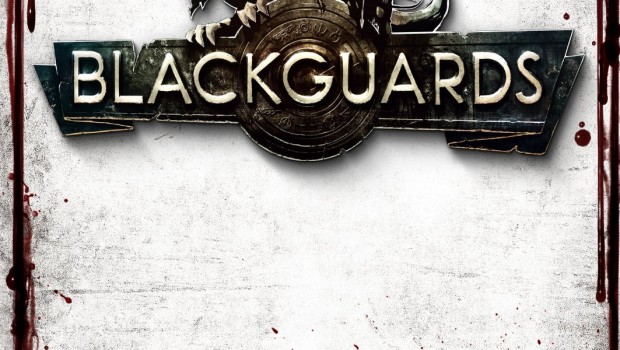 Summary: Blackguards is a good romp with a rich established RPG world to draw from.

Daedalic Entertainment seems to want to bring back the heyday of hex based table top gaming in its computer form. While there are lots of strategy/RPG style games out there it’s always welcome to see what a company can bring to the genre.

While every game cannot be a superb hit, or smooth sail right off the bat…they all still bring some level of entertainment to the consumer. Blackguards is no different. After getting a review code we downloaded the game from STEAM and fired things up.

One thing that did not work out so well was some game freezing crashes that we had to reboot the system to even get out of.  We know that there are other patches and tweaks for the game in the works so no worries there.

Tactical turn based gamers who love it with a mix of RPG elements will have a comfortable ride here. Just look past the painful story, suspend your skepticism a bit and go on an adventure. Set in Das Schwarze Auge… (The Dark Eye) universe, it’s good to have some source material it can draw from. Especially one that is the most successful role playing game in the German market.

The story at its simplest core terms throws together a band of misfits who are breaking out of the dungeons, at least one…the player character is perhaps wrongly accused of murder most foul and questioned about a name…the interrogators don’t even elaborate so even if the Player Character did know something how they could give any kind of answer to the question is doubtful. In escaping we find two others that join in the jail break…working together for the common cause. The story does seem to have key turning points in where the Player Character makes a choice on what areas to go to next. Thus creating a slight feel of control of determining how the whole outcome takes place. There are only a few classes of character a player can choose from but the options of each character make it very customizable. From armor, items, skills, weapons, spells etc. The character classes are Hunter, Warrior or Mage.  Each having their own strengths, and weaknesses. Players can also choose to be either Female or Male for the adventure. There are also limited ways to change the overall look of the character, mostly in hair styles.

As you would expect the fighter class is who you would want in the front and thick of things, they can deal the damage and take it.  The Mage of course uses their magical abilities and it may well be best to try to keep them at a distance to do the casting while limiting them to close in attacks from enemy. That is, if you can keep the enemy at bay.  The hunter goes to work at a distance using ranged attacks with bow and arrow to wear down the enemy.  A hunter is no slouch close in either, they can take it and dish it out close in too. After encounters and every completed quest…characters gain adventure points that can be then used to upgrade the characters abilities.  The amount of statistical abilities and base values is as robust as the RPG’s rules that the computer game is based on. Character stats have eight attributes a player can enhance and upgrade the base values.  Courage, Cleverness, Intuition, Charisma, Dexterity, Agility, Constitution, and Strength.

The base values determine the outcome of the combat system success or failure in the game.  They are Vitality, Attack, Parry, Dodge, Ranged Combat, Initiative, and Resistance to Magic, Astral Energy and Speed.  There is also a talent tree, which are different skills that a player can choose to upgrade with adventure points, though new talents must be learned by finding a trainer. Each new level of a talen provides different bonuses to the character.

So with so many character and rpg based things to play with….RPG gamers out there will be feeling right at home.

Battling it out in turn based hex maps players lead a party of characters in this adventure. Characters have a certain number of hexes they can move before they can attack or not.

Depending on the character type the player has their choice of all kinds of options for battle and defense. There are spells, skills, and special abilities that give the game the Role Playing elements. There is a radio wheel that can be pulled up to use special skills and abilities, attacks and healing. It all works well for this turned based style of gaming. The graphics at first glance would be easily written off as over 15 to 20 years too late… There is something endearing about it all though. Throughout the hand drawn environments there are some tactical interactive elements and objects that can aid the player character or hinder them, depending on the situation. All of these seem pretty simplistic, don’t brush them off because they are a welcome little tweak to the battle system that can for the most part seem bland on its own. The graphics also hide the fact the game is actually for mature audiences.

Role players and old school gamers will appreciate that the mechanics stay tried and true to the games table top strategy RPG roots. All we really would have needed was some dice to roll and I would feel right at home.

The click through dialogues can get old and frustrating pretty fast to the point that you may not even care what is being said and click on anything just to get the game to the next phase, after all it seems that it does not really matter how you answer or what you choose to ask in your dialogue options.

Combat is rather mixed and a bit off in my opinion, AI and damage system seems a bit odd since a fully armored character seems to take the same amount of damage as one with no armor. Plus monsters seems to go right after a magical character more than the rest of the party.  No matter what the creatures seeming intelligence, they are VERY intelligent to pick out who would be most dangerous in your group. So AI seems a little off in that regard, it’s not very random in who is targeted the most it seems. This by no means degrades in anyway the overall RPG strategy gaming experience. It does keep you on your toes though.

If you enjoy the Dark Eye Pencil and Paper game, then you will most assuredly enjoy this game. If you are role playing gamer…you will find a lot to like here. With a well-established gaming universe to pull from Blackguards does the Strategy RPG world proud.